Rotherham Town F.C. was a football club based in Rotherham, England. The club was a member of the Football League between 1893 and 1896.

Rotherham is a town in South Yorkshire, England, which together with its conurbation and outlying settlements to the north, south and south-east forms the Metropolitan Borough of Rotherham, with a recorded population of 257,280 in the 2011 census. Historically in the West Riding of Yorkshire, its central area is on the banks of the River Don below its confluence with the Rother on the traditional road between Sheffield and Doncaster. Rotherham was well known as a coal mining town as well as a major contributor to the steel industry.

The original club was founded in 1878 as Lunar Rovers, becoming Rotherham in 1882, and eventually Rotherham Town. [1] In 1889 the club became a founder member of the Midland League. They were champions in 1892 and 1893, and were subsequently elected to the Second Division of the Football League in 1893.

The club's League tenure lasted just three seasons, finishing in 14th, 12th and 15th place (out of 16). At the end of the 1895/96 season they failed to apply for re-election and subsequently folded. [2]

The club played at Clifton Lane and Clifton Grove.

Arthur Wharton, the man widely regarded as the first ever black professional footballer, played for the club from 1889 to 1894. [3] Liverpool Football Club played their first ever fixture against Rotherham Town on 1 September 1892 in a friendly fixture, Liverpool won 7-1, the first ever opponent to score at Anfield was Rotherham striker Charlie Leatherbarrow. [4] 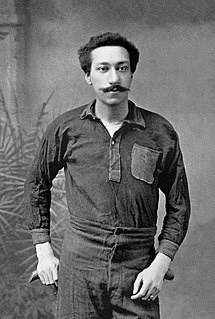 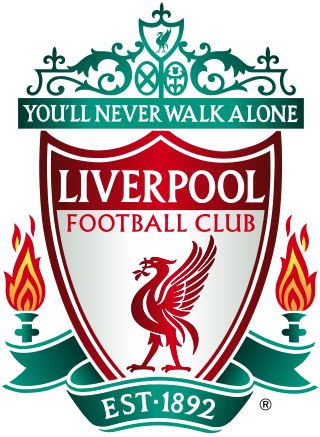 A second Rotherham Town formed in 1899, going on to merge with Rotherham County in 1925 to form Rotherham United.

Rotherham Town F.C. was an English football club from Rotherham, Yorkshire. They merged with rivals Rotherham County in 1925 to form Rotherham United. 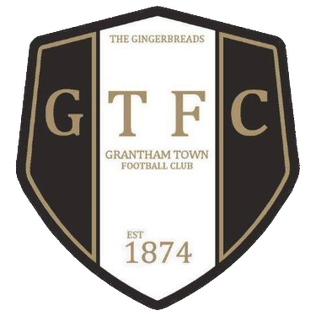 Ashton United Football Club is a football club in Ashton-under-Lyne, Greater Manchester, England. They are currently members of the National League North, the sixth tier of English football, and play at Hurst Cross.

James McBride was a Scottish footballer, who played for Liverpool during the latter half of the 19th century. 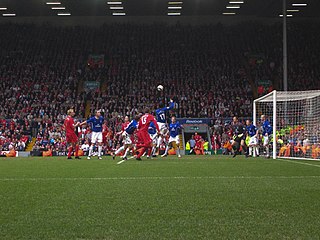 The Merseyside derby is the name given to football matches between Everton and Liverpool, two major clubs from Liverpool, Merseyside, England. It is the longest running top-flight derby in England, having been played continuously since the 1962–63 season. Part of the rivalry is due to the proximity of the two clubs, whose home grounds are within eyesight of each other across Stanley Park, Everton at Goodison Park and Liverpool at Anfield.

John William Evans was a footballer with Liverpool between 1953 and 1957.

Everton Football Club have a long and complex history. The club's roots loosely lie with a Methodist New Connexion congregation who had a chapel on the corner of Breckfield Road North and St. Domingo Vale in Everton, Liverpool. Initially formed as St. Domingo FC, named after the location of the chapel, the football team was renamed Everton in 1878 after the district of Everton. Since then Everton have had a successful history winning the Cup Winners' Cup, the league title nine times and the FA Cup five times. They are the only club to have played over 100 seasons in the top flight of English football, the 2018–19 season will be their 116th.

Andrew Hannah was a Scottish international footballer who missed just two games at right back in Everton's 1890–91 title winning season.

Stalybridge Rovers Football Club was an English football club from Stalybridge, Cheshire at the end of the 19th century and early 20th century.

The 2000–01 season was Liverpool's 109th season of football since they were established. This season proved highly successful for Liverpool, with them picking up the League Cup, UEFA Cup and FA Cup ‘treble’ under Gerard Houllier. Having finished 3rd in the league.

Charles Leatherbarrow was an English professional footballer born in Banbury who played in the Football League for Rotherham Town, Walsall Town Swifts and Small Heath. He played at inside right or centre forward.

The 1895–96 season was Burslem Port Vale's fourth consecutive season of football in the Football League. Another poor season struggling at the wrong end of the table, this time they failed to gain re-election; two seasons in the Midlands League followed, and despite a finish of 7th and then 5th they were re-elected back into the Football League for the expanded 1898–99 season.

The 1889–90 season was the first in existence for Sheffield United. Having not been elected to any organised league at that point they predominantly played friendly fixtures but did enter the FA Cup for the first time as well as locally arranged cup competitions The Sheffield Challenge Cup and the Wharncliffe Charity Cup. The club did not employ a manager in this period; tactics and team selection were decided by The Football Committee and the players were coached by a trainer. J.B. Wostinholm held the position of club secretary, dealing with player transfers and contracts, arranging matches and dealing with the FA. The first season was deemed a reasonable success with steady attendances to home games and progress in the FA Cup although the fluctuating nature of the team meant that consistency was never really achieved.