Stalybridge Celtic Football Club is an English football club based in Stalybridge, Greater Manchester. They are currently members of the Northern Premier League Premier Division and play at Bower Fold. The team traditionally plays in a blue and white strip.

In 1921 Stalybridge Celtic became a founder member of the Football League's Third Division North. After only two seasons in the new league, they became the first club to leave the new division.

The club's formation is usually given as 1909. However, it may have been as early as 1906 when an amateur club with the same name was formed. There were players called Storrs and Manwood who played in the 1906 and 1909 teams, and a player called Rhodes who played in the amateur's first game; a Herbert Rhodes was a significant benefactor of the 'later' Celtic. [1]

The club played for two seasons in the Lancashire and Cheshire Amateur League, before turning professional and joining the Lancashire Combination becoming second division champions at the first attempt. They followed it up with a fourth place and runners up spot in the Central League. In an attempt to progress the club joined the Southern League. The club rejoined the Central League for the 1919–20 season and in 1921 became one of the founder members of the Football League's Third Division North. However the club resigned after two seasons, as it was felt that it could not attract enough support to justify a League side – in spite of the fact that average attendance of 5,480 in 1922 was almost 2,000 more than neighbouring Rochdale, who played in the same Division. [2] :172–178 The full Celtic story in the League is detailed in Manchester A Football History where Celtic are given the same level of analysis and research as the Manchester region's other sides. [2]

They joined the Cheshire County League remaining members for 60 years and winning the title only once in 1980. With the league's merger with the Lancashire Combination in 1982, they became founder members of the North West Counties League, winning the title in 1984 and 1987, with the latter triumph resulting in them being promoted to the Northern Premier League (NPL). In 1992 the club won the league title and was promoted to the Football Conference, playing at that level for six seasons to 1998 before being relegated to the NPL again, after finishing bottom.

In 2000–01, the club had one of the best seasons in its history, achieving a treble of the Cheshire Senior Cup, the President's Cup and the Northern Premier League Premier Division, thus being promoted back to the Football Conference (though they were relegated after only one season). When the conference added a second level for the 2004–05 season, the club became one of the founders of the new Conference North where they have remained to date. Until the end of 2006–07 season the manager was John Reed, who had extensive experience as a manager in English non-league football, including three successful seasons as manager of Harrogate Town. On 30 May 2007 Steve Burr was appointed as a manager.

The 2007–08 season was one of the best in recent times; after finishing 18th the previous year, a third-place finish in the league meant a promotion opportunity to the Conference National was presented via the play-offs. After reaching the final, Stalybridge were denied after a 1–0 defeat to Barrow.

In the 2011–12 season, [6] they were a huge contender for a promotion place as late as February before a poor set of results saw their hopes slip away towards the end of the season, finishing sixth in total, just below the last playoff place.

In the 2012–13 season, [7] after languishing near the relegation zone for most of the year, they finished 11th following a 9-game unbeaten run. Stalybridge also reached the final of the Cheshire Senior Cup, losing 2–1 to Chester F.C. [8]

The 2013–14 season [9] wasn't a good one either, as Stalybridge finished 19th, narrowly avoiding relegation by 2 points. Jim Harvey was sacked in October 2013, being replaced by former player Keith Briggs. They secured Conference North football for another season with a 1–1 draw against [10] Bradford Park Avenue in the penultimate game of the season.

The 2014–15 season [11] was arguably the worst for a long time. Stalybridge struggled to keep their heads above water, which led to the resignation of Keith Briggs in March 2015. He was replaced by 3 time Conference North winning manager, Liam Watson. [12] This brought a turn around in results, with Watson only losing 1 of his 7 games in charge, winning 4. Survival came down to the final game against Gainsborough, with Stalybridge needing to better Colwyn Bay's and Brackley's results. A pulsating match finished 4–4, [13] and they survived on goal difference. [14]

There has been a ground at Bower Fold since 1906. The current main stand was built in 1996, with the covered stand at the Town End (Joe Jackson Stand) dating from 1994. The main stand, replaced a wooden one dating from 1909, which held 500 fans, before being converted to tip-up seating with a reduced capacity of around 400 persons. The Lord Pendry Stand opened in 2004, replacing a covered terrace dating from the 1950s. The Mottram End cover stems from construction starting in the 1970s and finishing in the mid '80s. The main stand, holding about 700 people, is all seated. Its opposite stand, the Lord Pendry stand has 652 seats.

It is possible for the ground to be segregated with self-contained areas which include separate turnstiles, refreshment facilities and toilets (though this is rarely necessary). The away fans' area in this case is uncovered. The next area (clockwise from the away fans' area) around the ground is the Lockwood and Greenwood stand which is a covered standing area. This area is popular with home fans when Stalybridge are kicking towards this goal. Next is an uncovered standing area, followed by the Lord Tom Pendry Stand (a seated area) with a capacity of approximately three hundred. Next is a small uncovered area followed by the covered Joe Jackson stand. The club shop and bar are behind this stand. Away fans are allowed to use the bar and there is no admission charge. Next are the main turnstiles, refreshment facilities and disabled spectators' area.

The ground's capacity of 6,500 has not been reached recently. The attendance was nearly 4,000 when Chester visited for an FA Cup 1st round match in 1999.

Thomas Pendry, Baron Pendry, PC is a Labour politician and member of the House of Lords. He was previously the Labour member of parliament for Stalybridge and Hyde from 1970 to 2001. In 2000, prior to his retirement as an MP he was made a member of the Privy Council on the recommendation of Tony Blair. After the 2001 election he was elevated to the peerage on 4 July as Baron Pendry, of Stalybridge in the County of Greater Manchester under the Life Peerages Act 1958. He is president of the Football Foundation Ltd and was formerly sports advisor to Tameside District Council Sports Trust.

Mossley Association Football Club is a football club in Mossley, Greater Manchester, England. Nicknamed the Lilywhites after the white shirts adopted in 1912, they are currently members of the Northern Premier League Division One West and play at Seel Park. 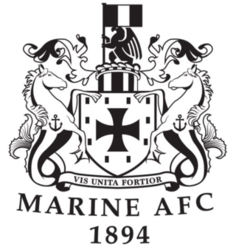 Marine Association Football Club is an English football club based in Crosby, Merseyside. The club, which was founded in 1894, is a member of both the Liverpool County and Lancashire County Football Associations, and currently plays in the Northern Premier League Division One West.

Ashton United Football Club is a football club in Ashton-under-Lyne, Greater Manchester, England. They are currently members of the Northern Premier League Premier Division, the seventh tier of English football, and play at Hurst Cross.

Glossop North End Association Football Club is a football club in Glossop, Derbyshire, England. Formerly members of the Football League, they currently play in the Northern Premier League Division One West and are members of the Derbyshire County Football Association. Their home ground is Surrey Street, currently known as the Amdec Forklift Stadium, which has a capacity of 1,350. The club play in blue, and are nicknamed the Hillmen or the Peakites. Between 1899 and 1992 the club was officially known simply as Glossop. 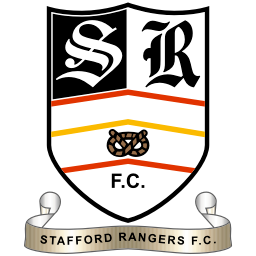 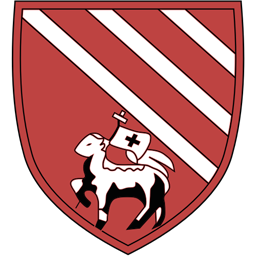 Droylsden Football Club is a football club in Droylsden, Greater Manchester, England, that last played in the Northern Premier League Division One North West, the eighth tier of English football. 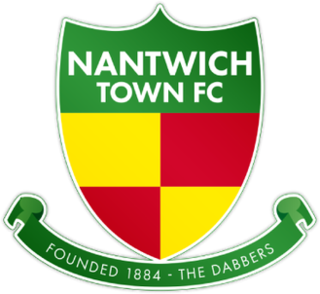 Witton Albion F.C. are a football club based in Northwich, England. They were founded in 1887. They have won the Cheshire Senior Cup 11 times since 1902. Their most recent success in this competition was in 2006, when they defeated Stalybridge Celtic in the final. They have also reached the FA Cup Second Round on at least three occasions. The club will play in the Northern Premier League Division One North in the 2015–16 season.

Radcliffe Football Club is an English football club based in Radcliffe, Greater Manchester where they play their games at Stainton Park. The club was formed on 24 May 1949 and currently plays in the Northern Premier League Premier Division. Radcliffe won the division in 1996–97, won the playoffs twice in 2003 and 2019 and reached the first round of the FA Cup for the first time in its history in 2000. The club changed its name to Radcliffe Football Club for the 2018–19 season.

Philip Marsh is an English footballer who plays for Pilkington as a striker.

Hyde United Football Club is a semi-professional football club in Hyde, Greater Manchester, England. Formed in 1919, they were renamed Hyde F.C. between 2010 and 2015 as part of a sponsorship deal with Manchester City.

Lloyd Ashley Ellams is an English footballer who plays as a striker.

Anthony Paul Black is an English retired footballer who played as a winger and striker.

West Didsbury & Chorlton Association Football Club is a semi-professional football club based in Chorlton-cum-Hardy, a suburb of Manchester, England. They are currently members of the North West Counties League Division One South, the tenth tier of English football, and play at Brookburn Road. Nicknamed "West", the club was founded as Christ Church in 1908. In 1920, the club changed its name to West Didsbury, and after moving to their current stadium, Brookburn Road, in Chorlton in 1997 they changed their name to West Didsbury & Chorlton to reflect this.

Adam Kieran O'Reilly is an Irish professional footballer who plays as a midfielder for League of Ireland Premier Division side Waterford on loan from Championship side Preston North End, and the Republic of Ireland national under-17 team. He made his professional debut for Preston in December 2018, aged 17 before embarking on a short-term loan with Hyde United the following year where he scored his first goal whilst making four appearances for the club.