The Rwanda women's national football team represents Rwanda in women's association football and is controlled by the Rwandese Association Football Federation. It had to date been scheduled to compete in one major tournament, the inaugural Women's Challenge Cup held in Zanzibar in October 2007, but the event was ultimately canceled. It has finally debuted in February 2014 against Kenya. The team is nicknamed The She-Amavubi (Kinyarwanda for The She-Wasps).

The development of women's football in Africa faces several challenges, including limited access to education, poverty amongst women in the wider society, and fundamental inequality present in that society that occasionally allows for female-specific human rights abuses. [2] At the same time, if talented women footballers do emerge, many choose to go abroad to maximize playing opportunities. [3] A lack of funding impedes regional development of women's football as most of the funding for the women's national team comes from FIFA, not the national football association. [3]

Inside Rwanda, the first women's football programme was developed in 2000. "Kicking for Reconciliation" was created during the late 2000s, and involved over 100 young players in an attempt at "bringing healing to a nation that saw the worst genocide since World War II" through sport. The programme was open to both Tutsis and Hutus. [4] By 2008, this included a schools and university competition. [5] Women's football was supported by a single dedicated national federation staffer by 2006. Women's sport, including football, received little press coverage in the Rwandan media. [6] A women's football league was founded in 2008, and the country is the only one in the region with a viable league, but it still faces challenges related to funding for teams, with most of its funding coming from FIFA. [7] Grace Nyinawumuntu became the first female referee at the senior level in Rwanda in 2004, and went on to become the first woman to coach a professional team in the country in 2009. Her professional women's side went on to win the league championship under her leadership. [8] The lack of high-level football opportunities in Uganda led to some players going from there to Rwanda for opportunities to play in the country's professional league. [9]

The inaugural Council for East and Central Africa Football Associations (CECAFA) Women's Challenge Cup was supposed to be held in Zanzibar in October 2007, [12] an event Rwanda was planning to send a national team to compete in, [6] but the competition was ultimately canceled. [13] The competition was to be funded by Confederation of African Football. The Council of East and Central Africa Football Associations secretary, Nicholas Musonye said of the event, "CAF wants to develop women football in this region in recognition of the milestones CECAFA has achieved over the years. CAF appreciates what CECAFA has done despite the hardships the association has gone through, from financial problems to political instability in member states and poor management of associations. Member states in the CECAFA region have not taken women's football seriously. CAF now wants to sponsor a long-term campaign to attract women from this region into the game." [13] [14]

She-Amavubi debuted on 16 January 2014, in the 2014 African Women's Championship first qualification round, against Kenya in the Stade Régional Nyamirambo in Kigali. They won 1–0 from a goal scored by Alice Niyoyita at the 29th minute in the first leg. In the second leg in Kenyatta Stadium, Machakos, Kenya they lost 2–1 with the solitary goal scored by Jeanne Nyirahatashima. Rwanda qualified for the second round by the away goals rule after finishing 2–2 on aggregate and played against Nigeria. Their third official match was disputed on 13 May 2014 against Zambia and ended in a 3–0 loss, making it the third loss of their record. They disputed the 2014 African Women's Championship second qualification round with Nigeria on 24 May 2014, losing 4–1. The goal was scored by Clementine Mukamana at the 53rd minute. In the second leg, again competing against Nigeria on 7 June 2014, the She-Amavubi lost by a crushing 8–0 defeat, leaving them out of the 2014 African Women's Championship by a 12–1 aggregate score.

Rwanda competed at the 2016 CECAFA Women's Championship, losing both games by a 3–2 scoreline, to Tanzania and Ethiopia.

The Rwandan federation hosted the 2018 CECAFA Women's Championship. The Nyamirambo Regional Stadium held all 10 of the games in the round robin tournament. Rwanda beat Tanzania (the eventual champions) 1–0 but finished last on 4 points from their 4 games. [22]

The Kenya national football team represents Kenya in international football. It is controlled by the Football Kenya Federation, the governing body football in Kenya, and competes as a member of the Confederation of African Football (CAF) and the Council for East and Central Africa Football Associations (CECAFA), a sub-confederation of CAF that has jurisdiction in East and Central Africa. The team is colloquially known as the Harambee Stars and plays its home games primarily at the Nyayo National Stadium in the country's capital, Nairobi. The team is yet to qualify for the FIFA World Cup competition.

The Rwanda national football team represents Rwanda in international football and is controlled by the Rwandese Association Football Federation, the governing body of football in Rwanda, and competes as a member of the Confederation of African Football (CAF), as well as the Council for East and Central Africa Football Associations (CECAFA), a CAF sub-confederation that governs football in East and Central Africa. The team bears the nickname Amavubi, and primarily plays its home games at the Stade Amahoro in Kigali, the nation's capital. They have never qualified for a World Cup finals, and reached their first Africa Cup of Nations in 2004.

Rayon Sports Football Club is an association football club from Nyanza, Southern province, Rwanda, now based in Kigali. The team currently competes in the Rwanda National Football League, and plays its home games at the Stade Amahoro in Kigali and Kigali Stadium, Nyamirambo. For some years, its daily operations were held in the southern province in Nyanza District. They've won 9 Rwandan Premier League titles, the 2nd most Premier League titles. Throughout its history, the club has won 9 Rwandan Cups, 1 CECAFA Clubs' Cup, 9 peace Cups, 3 Agaciro Cups, 2 Intwali Cups and a Kigali 100 Years' Cup. The blues of Rwanda are said to have more than 80% of Football fans in the country, which makes it the most popular team in Rwanda and the only competent citizen-owned club in the country of a thousand hills.

Elias Uzamukunda is a Rwandan professional footballer who last played as a striker for Avoine OCC. In his home country of Rwanda, he is known as "Baby". 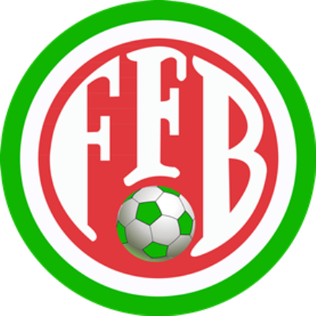 The Burundi women's national football team represents Burundi in women's international football competitions. The team has competed since 2016 in matches recognised by FIFA, the sport's international governing body. A senior national team has been continually inactive, but an under-20 team has played in numerous matches. Further development of football in the country faces challenges found across Africa, including inequality and limited access to education for women. A women's football programme did not exist in Burundi until 2000, and only 455 players had registered for participation on the national level by 2006.

Djibouti women's national football team represents the country in international competitions. Football is organised by the Djiboutian Football Federation, with women's football formally organised in the country in 2002, and a national team was later created.

The Zanzibar women's national football team, nicknamed the "Zanzibar Queens", is the women's representative team from Zanzibar, a semi-autonomous part of Tanzania. Founded in 1988, the team has limited recognition as the regional governing body, the Zanzibar Football Association, is a full member of the Council for East and Central Africa Football Associations (CECAFA) and Confederation of African Football (CAF), but Zanzibar Football Association is not recognised by Fédération Internationale de Football Association (FIFA) as an independent national association. The national team was supposed to have its first international matches in the CECAFA Women's Challenge Cup in October 2007, but the event was cancelled. The team plays domestically against men's sides in Zanzibar. The development of women's football in Zanzibar faces several challenges specific to Africa and their own islands, including efforts to politicize the game.

The Kenya women's national under-17 football team represents Kenya at an under-17 level in women's football and is controlled by the Football Kenya Federation. 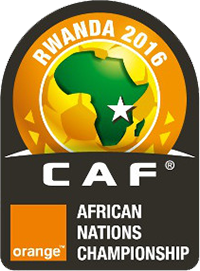 The 2016 African Nations Championship was the 4th edition of the African Nations Championship, the biennial international football championship organised by the Confederation of African Football (CAF) for the men's national teams of Africa featuring exclusively players from their respective national leagues. The tournament was held in Rwanda between 16 January and 7 February 2016. A total of 16 teams played in the tournament.

As a member of FIFA and CAF, the Somalia national football team has been playing official matches since 1963.