The version of Revenge of Shinobi included in this collection is software revision 1.02, including only the Spider-Man boss-fight, with Godzilla and Batman replaced with substitute enemies.

Golden Axe is the only game in the collection that has external CD audio (aside from Columns but only the title screen track uses CD audio) and it uses the arcade version's soundtrack. However, it is heavily based on the Mega Drive port with the voices changed to higher quality voices (none of them, besides the townspeople screaming in Turtle Village, are from the Genesis or Arcade version).

In the Japanese version, Streets of Rage goes by its western name rather than its Japanese name Bare Knuckle. [1] Streets of Rage is generally the same as the Genesis version aside from the voices, which are CD quality enhanced. [4]

It was only sold as a pack-in game with the Sega CD, the collection added Super Monaco GP but was otherwise identical, including the version of Revenge of Shinobi included. In Europe, where only the 5-in-1 version was released, the game was re-titled Sega Classics Arcade Collection Limited Edition.

Sega Force 's reviewers felt that the compilation would only be a good purchase for players who had not played the games, with one suggesting that Sega retry with better games. [4] 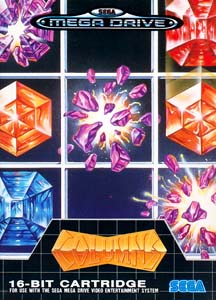 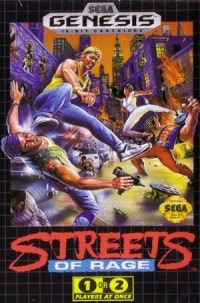 Streets of Rage is a side-scrolling beat 'em up video game developed and published by Sega for the Mega Drive/Genesis in 1991. It is the first installment of the Streets of Rage series, followed by Streets of Rage 2 and Streets of Rage 3. The game was later converted to the Game Gear, Sega CD and Master System, and was also released for the Wii's Virtual Console and for the iOS via the App Store, as well as being made available as part of Sonic's Ultimate Genesis Collection in 2009 on both the PlayStation 3 and Xbox 360 consoles. 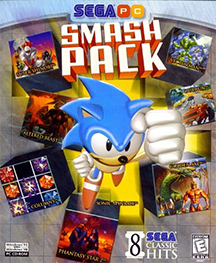 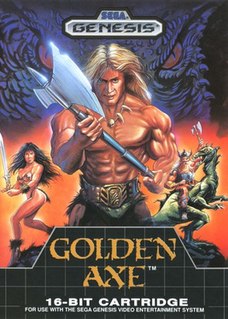 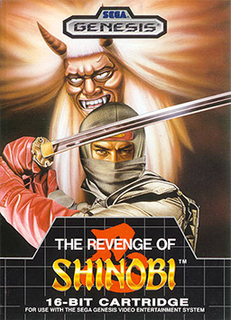 Shinobi III: Return of the Ninja Master, released in Japan as The Super Shinobi II, is an action game developed and published by Sega for the Mega Drive/Genesis console that was released in 1993. It is the direct sequel to the previous The Revenge of Shinobi. The game was originally intended to be released in 1992, and to be very different from the final version of the game in terms of levels and storyline. 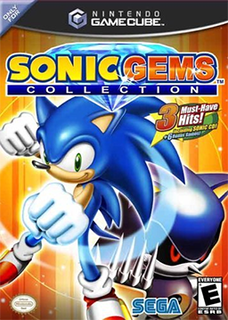 Sonic Gems Collection is a 2005 compilation of Sega video games, primarily those in the Sonic the Hedgehog series. The emulated games span multiple genres and consoles—from the Sega Genesis to the Sega Saturn—and retain the features and errors of their initial releases with minimal edits. Player progress is rewarded with demos of other Sonic games, videos, and promotional artwork spanning the history of the Sonic franchise. While its 2002 predecessor, Sonic Mega Collection, comprised the more popular Sonic games, Gems Collection focuses on more obscure games, such as Sonic CD and Sonic the Fighters. Other non-Sonic games are included, but some, such as the Streets of Rage trilogy, are omitted in the North American localization. 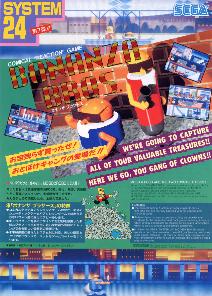 Shinobi is a series of video games created by Sega. The ninja (shinobi) Joe Musashi is the protagonist of the original series of games.

Joe Musashi is a player character and main hero in Sega's Shinobi series of video games, first introduced in 1987. The character has achieved great popularity during the late 1980s and early 1990s, when it was used as one of Sega' mascot characters. During this time he was cast as the protagonist of the original arcade game as well the Mega Drive/Genesis sequels The Revenge of Shinobi and Shinobi III: Return of the Ninja Master, also starring in two Game Gear titles. The Mega Drive/Genesis game Shadow Dancer: The Secret of Shinobi also starred Joe Musashi in its overseas release, although the character was originally written to be his estranged son in the Japanese version. In more recent Shinobi titles, he appears as an unlockable character in the 2002's Shinobi and its follow-up Nightshade and in Shinobi 3D, which stars his father Jiro.

Shadow Dancer: The Secret of Shinobi is a side-scrolling action game developed and published by Sega for the Sega Genesis in 1990. It was re-released via emulation services such as the Wii's Virtual Console and Microsoft Windows in 2010, and was also included in the North American version of Sega Genesis Collection for the PlayStation 2 and PlayStation Portable. 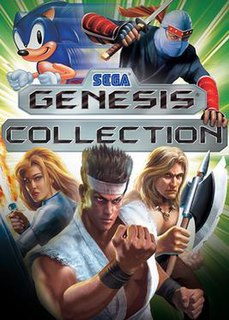 Golden Axe is a series of side-scrolling, beat 'em up, arcade video games developed by Sega. The series takes place in a medieval-fantasy world where several heroes have the task of recovering the legendary Golden Axe, the mainstay element of the series. 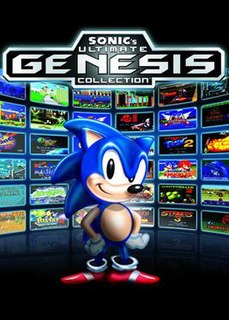 Sega Genesis Classics is a series of compilations featuring Sega Genesis video games released for Microsoft Windows, macOS and Linux. The collections are split into "Volumes", with the first four receiving both physical and digital releases and the fifth volume only being digitally released.

Sega Forever is a service from the Japanese video game developer Sega for re-releasing past games from the company on modern platforms. The service was launched for Android and iOS devices on June 22, 2017. As of 2019, the service included over 30 games.

The Sega Genesis Mini, known as the Mega Drive Mini in regions outside of North America, is a dedicated console modeled on Sega's Genesis. The Mini emulates the original console's 16-bit hardware, and includes 42 games ported by M2. It was released in most regions on September 19, 2019.