Shangbang Leasing Tower is a skyscraper in Tianjin, China. The 54 story building was completed in 2016, construction having begun in 2010. [1] 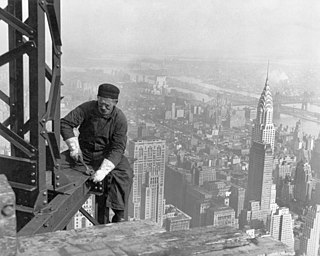 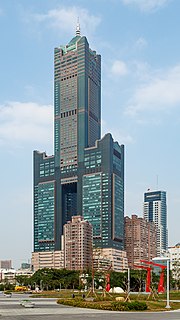 The Bank of America Plaza is a skyscraper located in Downtown St. Louis, Missouri. Formerly Boatmen's Bancshares of St. Louis and First National Bank, the tower is 384 ft (117m) tall and has 31 floors. Built in 1982 by Fruin-Colnon Construction, it comprises 750,000 square feet (70,000 m2), and has a view of the downtown skyline. It is the fourth largest office building in Downtown St. Louis. 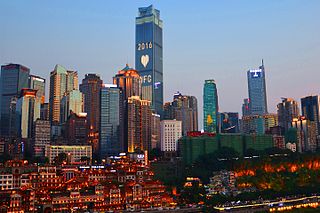 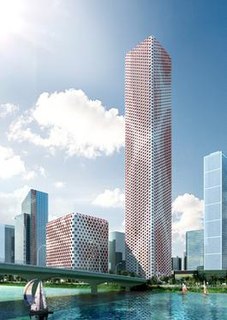 Eton Place Dalian is a skyscraper complex in Dalian, China. The tallest tower is 388 m high and has 81 floors. It was completed in 2015. 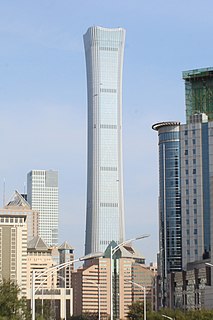 CITIC Tower is a supertall skyscraper in the final stages of construction located in the Central Business District of Beijing. It is popularly known as China Zun and IPA pronunciation. The 108-storey, 528 m (1,732 ft) building will be the tallest in the city, surpassing that of the China World Trade Center Tower III by 190 metres. On August 18, 2016, CITIC Tower surpassed China World Trade Center Tower III in height, becoming Beijing's tallest building. The tower structurally topped out on July 9, 2017, and fully topped out on August 18, 2017, the completion date is set to be in 2018.

Capital Market Authority Tower is a 385 m (1,263 ft) skyscraper in Riyadh, Saudi Arabia. Construction started in 2010 and was topped-out in 2014. It became the tallest building in Riyadh, surpassing the Kingdom Centre and Burj Rafal. 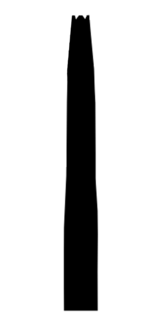 The Phoenix Towers are proposed supertall skyscrapers planned for construction in Wuhan, China.