Founded in 1962 by John Rotheroe, the company was for many years based in Princes Risborough, Buckinghamshire. The first book published by Shire was Discovering East Suffolk, a 24-page guide to the county through a series of five motoring routes and a gazetteer of the main towns and villages. It was given away to visitors via coach operators, local churches and tourist information points. The book was successful and when it was realized that many of the copies given away were being resold it was decided to sell the second edition, and this set the template for the future of Shire. [1]

Princes Risborough is a small town in Buckinghamshire, England, about 9 miles south of Aylesbury and 8 miles north west of High Wycombe. Bledlow lies to the west and Monks Risborough to the east. It lies at the foot of the Chiltern Hills, at the north end of a gap or pass through the Chilterns, the south end of which is at West Wycombe. The A4010 road follows this route from West Wycombe through the town and then on to Aylesbury.

In 2007 the company was acquired by Oxford-based military history publisher Osprey and operated from Osprey's offices in Oxford. [1]

During 2008 Shire began a revamp of its list. It was announced that several former Shire series (including Life Lines, Shire Garden History and History in Camera) would be absorbed into a new series called Shire Library, which would retain and expand on the numbering system used by the old Album series, which has long formed the backbone of the Shire Library. Books in the Shire Library were to have a new series cover design, as would reissued books in the Archaeology and Egyptology series. [1]

It was further announced that Shire's list of forthcoming publications would include an increased number of new titles, as well as reissues of out-of-print titles, and new editions of existing titles.

In December 2010 Osprey Publishing, along with all the Shire titles, was acquired by Bloomsbury Publishing. [3] 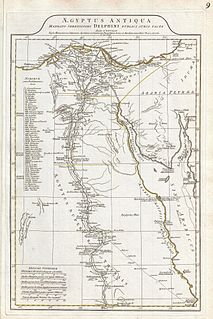 Allen & Unwin is an Australian independent publishing company, established in Australia in 1976 as a subsidiary of the British firm George Allen & Unwin Ltd., which was founded by Sir Stanley Unwin in August 1914 and went on to become one of the leading publishers of the twentieth century.

Hutchinson began as Hutchinson & Co. (Publishers) Ltd., an English book publisher, founded in London in 1887 by Sir George Hutchinson and later run by his son, Walter Hutchinson (1887–1950). Hutchinson's published books and magazines such as The Lady's Realm, Adventure-story Magazine, Hutchinson's Magazine and Woman.

Routledge is a British multinational publisher. It was founded in 1836 by George Routledge, and specialises in providing academic books, journals, & online resources in the fields of humanities, behavioural science, education, law and social science. The company publishes approximately 1,800 journals and 5,000 new books each year and their backlist encompasses over 70,000 titles. Routledge is claimed to be the largest global academic publisher within humanities and social sciences.

The New American Library (NAL) is an American publisher based in New York, founded in 1948. Its initial focus was affordable paperback reprints of classics and scholarly works, as well as popular and pulp fiction but now publishes trade and hardcover titles. It is currently an imprint of Penguin Random House; it was announced in 2015 that the imprint would publish only nonfiction titles.

Thames & Hudson is a publisher of illustrated books on art, architecture, design, and visual culture. With its headquarters in London, England, it has a sister company in New York and subsidiaries in Melbourne, Singapore and Hong Kong. In Paris, it has a further subsidiary company, Interart, which is engaged in the distribution of English-language books and a sister company, Éditions Thames & Hudson. It has been an independent, family-owned company since its founding in 1949.

André Deutsch was a British publisher who founded an eponymous publishing company in 1951.

Henry Holt and Company is an American book publishing company based in New York City. One of the oldest publishers in the United States, it was founded in 1866 by Henry Holt and Frederick Leypoldt. Currently, the company publishes in the fields of American and international fiction, biography, history and politics, science, psychology, and health, as well as books for children's literature. In the US, it operates under Macmillan Publishers.

Evans Brothers Ltd was a British publishing house that was part of the Evans Publishing Group UK. The firm first published teacher training materials and in later years broadened its catalogue, publishing children's books and books on Africa. It became insolvent in September 2012 and ceased trading.

This list of books published by Rupert Hart-Davis comprises titles reviewed in The Times Literary Supplement, plus reprints in the Mariners Library and Reynard Library series.

George Nicholas "Nick" Georgano was a British author, specialising in motoring history. His most notable work is The Complete Encyclopedia of Motorcars,first published in 1968.

Laura Seddon Greeting Card Collection is a collection of greeting cards now in the Manchester Metropolitan University, in the Sir Kenneth Green Library, on the All Saints Campus.

Martin Bommas is a German Egyptologist, archaeologist, and philologist. Since 2018, he has been Professor and Director of the Museum of Ancient Cultures at Macquarie University in Sydney, Australia.