In the 1960s, the Brooke Bond Tea Company began including a series of military aircraft cards with packages of their tea. The cards proved popular, and the artist Dick Ward proposed the idea of publishing illustrated books about military aircraft. The idea was approved and a small subsidiary company called Osprey was formed in 1968. [1] The company’s first book, North American P-51D Mustang in USAAF-USAF Service, was published in 1969. Soon after, Ward proposed trying the same idea with famous military units, and in 1971 the first Men-at-Arms title appeared. In the late 70s, the firm was acquired by George Philip Ltd. In 1988, Philip was acquired by Reed International; it was sold to the private equity firm Botts & Company. [2]

During these years, the firm grew steadily, adding new titles and new series to their catalogue. Although they have produced books of all types, the main focus remains on military history, particularly the military history of Britain. Osprey Publishing now publishes an average of 10-12 books a month.

Shire Books was acquired in 2007, and the science fiction, fantasy and horror imprint Angry Robot was purchased from HarperCollins in 2010. [3] The reprint house Old House was acquired in 2011. [4] To continue expansion, a majority stake in Osprey was sold by Botts to Alcuin Capital Partners in 2011. [5] In 2012, Osprey acquired Duncan Baird (later renamed Nourish) and its Watkins imprint. [6] [7] In 2013, Osprey acquired British Wildlife Publishing. [8]

In 2014, Osprey and its imprints were sold by Alcuin. Angry Robot, Nourish, and Watkins went to Etan Ilfeld while Osprey, Shire, Old House, and British Wildlife went to Bloomsbury Publishing. [9] [10] 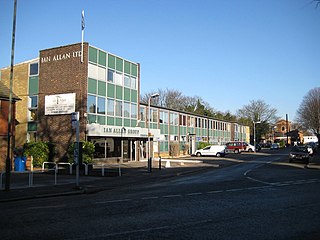 Harlequin Enterprises Limited is a Toronto-based company that publishes series romance and women's fiction. Harlequin was owned by the Torstar Corporation, the largest newspaper publisher in Canada, from 1981 to 2014. It was then purchased by News Corp and is now a division of HarperCollins.

Marc Gascoigne is a British author and editor.

Etan Ilfeld is a London-based entrepreneur and the founder of Tenderpixel gallery, Tenderbooks, Tenderflix, Repeater Books, and the owner and managing director of Watkins Books and the Mind Sports Olympiad. Ilfeld is the inventor of Diving Chess and the author of Beyond Contemporary Art, an image-driven contemporary art book, which spans disciplines ranging from science, design and architecture to new media, film-making and performance art. He is also the co-author of Duchamp versus Einstein, a science-fiction novelette.

Repeater Books is a publishing imprint based in London, founded in 2014 by Tariq Goddard and Mark Fisher, formerly the founders of radical publishers Zero Books, along with Etan Ilfeld, Tamar Shlaim, Alex Niven and Matteo Mandarini.