The slower ball, also known as the 'Wandi ball' technique was popularised in response to the demands of limited-overs cricket, not only to get wickets but also to slow down the scoring rate, as a slower ball will not carry to the boundary as easily as a normal fast delivery if it is hit square or behind the wicket. It is especially used in the last ten or so overs as variation in speed, in addition to line and length, is the key to preventing a late flurry of runs from the batsmen.

To be effective, the slower ball must be directed at or near the stumps in order to force the batsman to play, and the bowler's action must appear entirely normal. There are various tricks that the bowler can employ to slow the ball down:

Although a slower ball is usually the result when a bowler tries a change of pace, some bowlers have a delivery which is even faster. Pakistani Imran Khan was one example: in his coaching book, he mentioned that it was far more effective to have a faster ball than a slower one. [1]

Spinners and slow bowlers generally employ the faster ball more often than pacemen. Pakistan's Shahid Afridi has used this ball quite successfully over his career.

Seam bowling is a bowling technique in cricket whereby the ball is deliberately bowled on to its seam, to cause a random deviation when the ball bounces. Practitioners are known as seam bowlers or seamers.

An outswinger is a type of delivery in the sport of cricket. It is bowled by swing bowlers.

One of the key factors in cricket bowling is the grip. Variation in grip has a major influence on the outcome of a delivery. Below is the grip for an inswing delivery. To produce the grip for an outswinging delivery, you simply have place your fingers on the other side of the seam. For a right hander you would slightly angle the seam so that it is faced towards first slip. 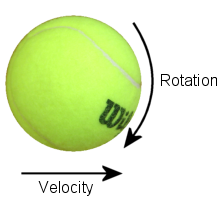