The plot of Soldiers' Pay revolves around the return of a wounded aviator home to a small town in Georgia following the conclusion of the First World War. He is escorted by a veteran of the war, as well as a widow whose husband was killed during the conflict. The aviator himself suffered a horrendous head injury, and is left in a state of almost perpetual silence, as well as blindness. Several conflicts revolving around his return include the state of his engagement to his fiancée, the desire of the widow to break the engagement in order to marry the dying aviator herself, and the romantic intrigue surrounding the fiancée who had been less than faithful to the aviator in his absence. [4]

Soldier's Pay is one of only a few of the author's novels not set in his fictional Yoknapatawpha County, Mississippi.

William Faulkner was a friend of American writer Sherwood Anderson and a member of his literary circle in 1920s New Orleans. As the story goes, it was Anderson who agreed to send the Soldiers' Pay manuscript to his publisher as long as Anderson himself did not have to read it.

In a 1950 letter from Faulkner's lifelong friend Phil Stone to Glenn O Carey, Stone acknowledges that it was Anderson who was instrumental in getting Soldiers' Pay published. "With all the efforts we made, I was not able to get Faulkner published and Sherwood Anderson was the one who got him started as far as publication goes." [5]

Horace Liveright agreed to pay Faulkner $200.00 for the manuscript, which was originally titled Mayday. Editor and chief at Boni & Liveright T.R. Smith is likely the source of the title change. [6] The first print run of Soldiers' Pay was 2,500 copies. [7]

By the standards of the day, Soldiers' Pay and Faulkner's second novel Mosquitoes were commercial failures. Neither novel sold more than 1,200 copies after its initial release. [8] Since Faulkner was awarded the 1949 Nobel Prize for Literature, Soldiers' Pay has remained in print. [9] First edition copies are valuable among collectors, often selling for upwards of $35,000.

The original manuscript of Mayday from which Soldiers' Pay was edited was dedicated in Faulkner's manuscript to a love interest named Helen Baird. [10] 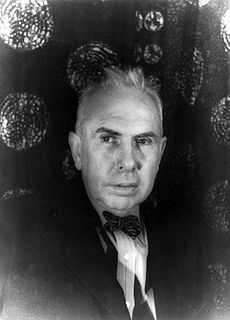 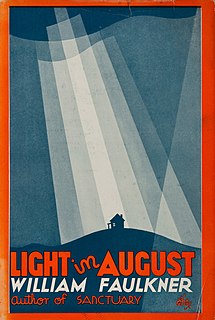 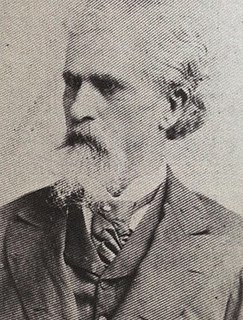 The Torrents of Spring is a novella written by Ernest Hemingway, published in 1926. Subtitled "A Romantic Novel in Honor of the Passing of a Great Race", Hemingway used the work as a spoof of the world of writers. It is Hemingway's first long work and was written as a parody of Sherwood Anderson's Dark Laughter. 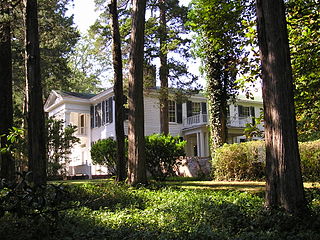 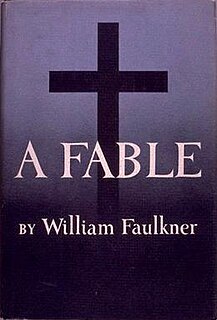 Mosquitoes is a satiric novel by the American author William Faulkner. The book was first published in 1927 by the New York-based publishing house Boni & Liveright and is the author's second novel. Sources conflict regarding whether Faulkner wrote Mosquitoes during his time living in Paris, beginning in 1925 or in Pascagoula, Mississippi in the summer of 1926. It is, however, widely agreed upon that not only its setting, but also its content clearly reference Faulkner's personal involvement in the New Orleans creative community where he spent time before moving to France.

The Center for Faulkner Studies (CFS) is a research center located at Southeast Missouri State University. It is devoted to the study of the life and works of William Faulkner (1897–1962), the American author who was awarded the Nobel Prize for Literature in 1950. The Center was established in 1989, after the university acquired the Louis Daniel Brodsky collection of Faulkner materials. The founding director of the CFS is Robert W. Hamblin, now Professor Emeritus of English at Southeast. He worked with Brodsky starting in 1979 to produce books, articles, lectures, and exhibits based on the materials in the collection. Dr. Christopher Rieger, Professor of English at Southeast, took Dr. Hamblin's place as the Center's director in 2013. Dr. Hamblin is now a volunteer consultant for the Center.

Maurice-Edgar Coindreau was a literary critic and translator of fiction from English into French and Spanish. He is notable for having introduced many canonical American authors of the 20th century—such as William Faulkner, John Dos Passos, John Steinbeck, and Ernest Hemingway—to the French-speaking public.

Bobby ("Robert") Wayne Hamblin is a poet, an author, and a professor emeritus at Southeast Missouri State University. He is best known for his achievements related to the works of William Faulkner.