Prior to entering politics, Ms Moermond was a practicing naturopath [2] and Chinese medicine practitioner, based in Perth, Western Australia.  She also worked as an educator in the corporate sector.

Ms Moermond studied at Perth Academy of Natural Therapies, having initially trained as a Registered Nurse at the Anna Reynvaan School of Nursing in Amsterdam. She moved to Western Australia with her parents in 1983, and has an active interest in health, the environment, womens’ rights, and animal welfare. 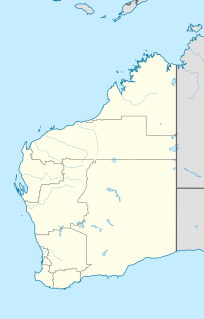 Mandurah is an electoral district of the Legislative Assembly in the Australian state of Western Australia. 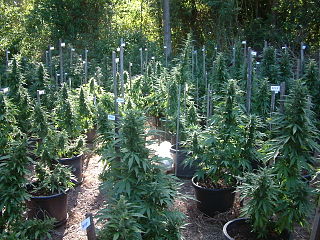 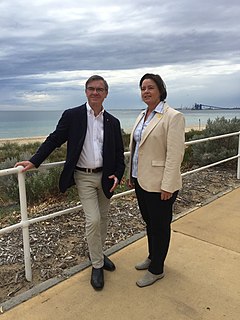 Madeleine Mary Harvie King is an Australian politician. She is the member for Brand in the Australian House of Representatives. She is a member of the Australian Labor Party and succeeded the previous member, Gary Gray, at the 2016 federal election. 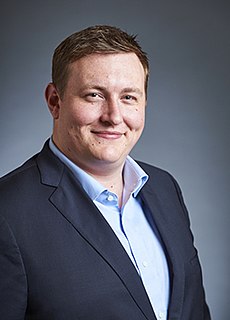 Caitlin Mary Collins is an Australian politician. She has been a Labor member of the Western Australian Legislative Assembly since the 2021 state election, representing Hillarys. Collins is a Mullaloo local and prior to her election, Collins taught politics and history at local schools.

Kim Elizabeth Giddens is an Australian politician. She has been an Australian Labor Party member of the Western Australian Legislative Assembly since 2021, representing the electoral district of Bateman. 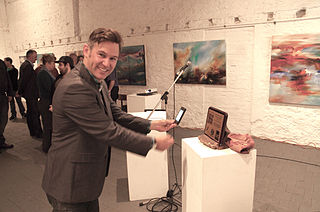