The LCWA party is the sister party of the LCQ party and affiliate of the HEMP Party and Medical Cannabis Users Association of Australia (MCUA).

The Party's policies are around the personal, medical and industrial uses of cannabis.

Drug policy reform, also known as drug law reform, is any proposed changes to the way governments respond to the socio-cultural influence on perception of psychoactive substance use. Proponents of drug policy reform believe that prohibition of drugs—such as cannabis, opioids, cocaine, amphetamines and hallucinogens—has been ineffectual and counterproductive. They argue that, rather than using laws and enforcement as the primary means to responding to substance use, governments and citizens would be better served by reducing harm and regulating the production, marketing, and distribution of currently illegal drugs in a manner similar to how alcohol and tobacco are regulated.

The Liberal Democratic Party is an Australian political party founded in Canberra in 2001. The party espouses smaller government and supports policies that are based on classical liberal and right-libertarian principles, such as lower taxes, opposing restrictions on gun ownership, supporting privatising water utilities, increasing the mining and export of uranium and the relaxation of smoking laws. The LDP is a registered party in the Australian Capital Territory, New South Wales, South Australia, Victoria and Western Australia and is also registered for federal elections with the Australian Electoral Commission. As of May 2021, it has two representatives in the Victorian Legislative Council, Tim Quilty and David Limbrick, and elected representatives in some local governments.

The Reason Party is an Australian political party founded in 2017. Its leader, Fiona Patten, describes the party as a "civil libertarian alternative". Patten was elected to the Victorian Legislative Council as at the 2018 state election in the Northern Metropolitan Region, after formerly being elected as a Sex Party member for the same seat in the 2014 state election.

Cannabis in the United Kingdom is illegal for recreational use and is classified as a Class B drug. In 2004, cannabis was made a Class C drug with less severe penalties but it was moved back to Class B in 2009. Medical use of cannabis, when prescribed by a registered specialist doctor, was legalised in November 2018.

Cannabis Law Reform (CLEAR), formerly the Legalise Cannabis Alliance, is a United Kingdom lobby group which campaigns to end the prohibition of cannabis. The group was founded in 1997 and reformed as CLEAR in 2011. It campaigned in a number of elections until it was statutorily de-registered by the Electoral Commission in November 2013.

Cannabis in Ireland is illegal for recreational purposes. Use for medical purposes requires case-by-case approval by the Minister for Health. A bill to legalise medical uses of cannabis passed second reading in Dáil Éireann in December 2016.

The 2020 New Zealand cannabis referendum was a non-binding referendum held on 17 October 2020 in conjunction with the 2020 general election and a euthanasia referendum, on the question of whether to legalise the sale, use, possession and production of cannabis. It was narrowly rejected by New Zealand voters. The form of the referendum was a vote for or against the proposed "Cannabis Legalisation and Control Bill". Official results were released by the Electoral Commission on 6 November 2020 with 50.7% of voters opposing the legalisation and 48.4% in support. 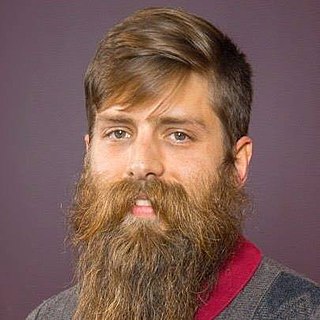 Abraham Gabriel Gray is an American-born New Zealand cannabis activist, politician and founder of the Whakamana Cannabis Museum, New Zealand's first and only cannabis museum. Gray was a University of Otago lecturer and tutor for over a decade before founding the museum.