Co-founding members of the band, Simon Collins and Dave Kerzner, met in New York at rehearsals for the music group Genesis in 2006. [1] While Genesis was on tour during 2007, Collins and Kerzner, along with Kelly Nordstrom, recorded a cover of the 1981 Genesis song, "Keep It Dark," as a tribute to Collins' father, Phil Collins. [1] [3] [4] The younger Collins then developed his 2008 solo album, U-Catastrophe in association with Kerzner and Nordstrom, who contributed to the album as songwriters and performers. [4] [5] Collins met Matt Dorsey through their record label while forming a touring band for his U-Catastrophe tour. [6] Nordstrom, meanwhile, had worked with Collins for several years as a guitarist, bassist and songwriter, contributing to his 2005 album, Time For Truth as well as U-Catastrophe. [6] In 2009, Collins approached Kerzner about forming a band. [7] After enlisting help from Nordstrom and Dorsey, work began on their first project as a band in Miami, Florida, with the end result being their first album, Dimensionaut . [1] After the album's release, Nordstrom made the decision to leave the band due to family commitments. [8] Following several months of touring and promotion, Kerzner announced his departure from the band in January 2014 in order to concentrate on his company Sonic Reality and pursue his own music projects. [9] Kerzner and Nordstrom rejoined the band in April 2015 and began working with Collins and Dorsey in Oxfordshire on the group's second album, but on 20 January 2018, Collins and Nordstrom both announced their departure from the group. At present it is unknown whether the band will continue, although Dorsey and Kerzner have formed new band In Continuum, with which they are recording the material originally meant for the second Sound of Contact album. [10]

Collins describes Sound of Contact as a crossover progressive rock band taking a modern approach to the genre while also maintaining a pop sound that was present in progressive rock of the 1970s. [15] [16]

Between 2010 and 2012, the group developed and recorded their first and only studio album, Dimensionaut , with assistance from sound engineers Nick Davis and Chris Holmes. [1] The band recorded in trios at Vancouver, British Columbia's Greenhouse Studios, then moved work on the album to England as well as Kerzner's Sonic Reality studios in Miami. [1] After the group publicly announced the band's identity as "Sound of Contact" in December 2012, an online video teaser for Dimensionaut was released. [7] Sound of Contact signed its first recording contract with Inside Out Music in March 2013. [17] Dimensionaut was released worldwide in late May 2013, [2] with "Not Coming Down" released as the band's first single [18] and "Pale Blue Dot," its second single released in March 2014. [19]

Tour dates and concerts were scheduled for the band after they signed a recording contract with Inside Out Music. In conjunction with the bands Marillion [20] and Spock's Beard, [21] Sound of Contact performed in their concert debut on 24 March 2013 in Montreal, Quebec, Canada. The band then traveled to Europe for a short tour with Spock's Beard and Beardfish in May 2013 beginning in Sheffield, England and ending in Hamburg, Germany. [21] During the summer of 2013, Sound of Contact traveled back to Germany to perform at the "Night of the Prog" festival in Lorelei. [22] A 2014 Dimensionaut tour was announced in March 2014, beginning a month later in Los Angeles, California and ending on 12 May 2014 in Copenhagen, Denmark. [23] [24]

In April 2014, the band performed on both the Moody Blues Cruise and Cruise to the Edge, and also made its television debut in the same month on the KDFW morning program "Good Day Dallas". [23] [25] [26]

Sound of Contact received the "Limelight" award for Best New Group at the second-annual Progressive Music Awards held in September 2013. [27] [28]

Marillion are a British rock band, formed in Aylesbury, Buckinghamshire, in 1979. They emerged from the post-punk music scene in Britain and existed as a bridge between the styles of punk rock and classic progressive rock, becoming the premier neo-progressive rock band of the 1980s.

Transatlantic is a multinational progressive rock supergroup consisting of Neal Morse, Roine Stolt, Pete Trewavas and Mike Portnoy. They formed in 1999 as a side project to their full-time bands, but disbanded in 2002. They then reunited in 2009. Typical of the genre, the band's songs can range from very long epics that regularly exceed 15-20 minutes in length, to 'normal length' songs that each last five to ten minutes. 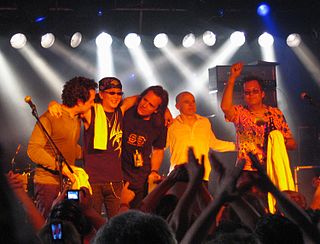 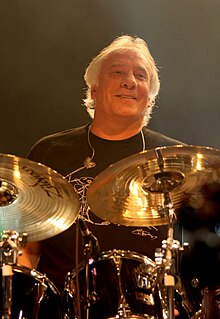 Ian F. Mosley is an English drummer. He is best known for his long-time membership of the neo-progressive rock band Marillion, which he joined for their second album, Fugazi, released in 1984. He had previously been an in-demand session drummer. Mosley's abilities have been widely praised, including by former Genesis guitarist Steve Hackett, Meshuggah drummer Tomas Haake and critic John Franck of AllMusic. Modern Drummer has characterised him as a "drumming great". 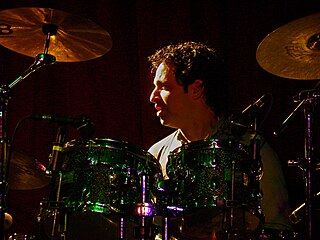 John Wesley, also known as Wes Dearth is an American singer, songwriter and guitar player. John Wesley's professional music career began in the early 1980s in the Tampa, Florida area where he founded 1991 Southwestern Music Conference's showcase act Autodrive along with drummer/producer Mark Prator. The following year, Wesley embarked on a solo career and became the opening act for British rockers Marillion on seven consecutive tour legs around the world, especially North and South America, the UK and Europe.

Nick Davis is an English sound engineer and record producer who is best known for his work with the band Genesis. He has also produced solo albums for several members of Genesis, as well as for other bands. 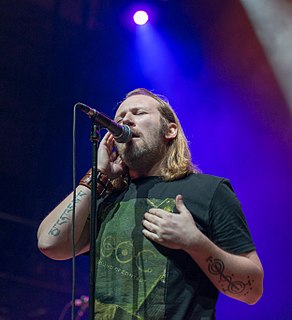 Simon Philip Nando Collins is a British-Canadian drummer and former lead vocalist of the progressive rock band Sound of Contact. Collins is the son of English drummer and singer Phil Collins and Collins's first wife, Andrea Bertorelli. He is the brother of actress Joely Collins and paternal half-brother of actress Lily Collins. Reviewers have compared his vocals to those of his father.

Beardfish was a Swedish progressive rock band formed in 2001. Their style resembles progressive rock bands from the 1970s, such as Yes and Genesis. The band's most prolific line-up consisted of founding members vocalist/keyboardist Rikard Sjöblom and guitarist David Zackrisson, along with longtime drummer Magnus Östgren and bassist Robert Hansen; who joined the band in 2001 and 2002 respectively; this line-up existed from 2003 until the band's dissolution in 2016. 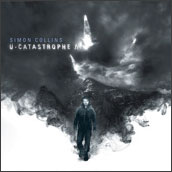 U-Catastrophe is the third album by British-Canadian musician and singer-songwriter Simon Collins, son of Phil Collins. Phil plays on the track "The Big Bang", while another former Genesis member, Steve Hackett, plays on the track "Fast Forward the Future". It was first digitally available in August 2008 on iTunes.

This is a timeline of artists, albums, and events in progressive rock and its subgenres. This article contains the timeline for the period 2000 - 2009. 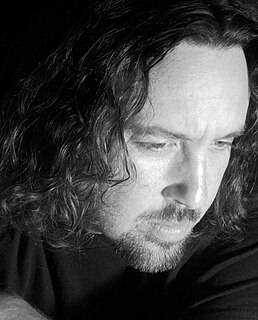 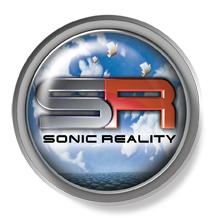 Sonic Reality Incorporated is an American sound development and music software company founded in 1996 by keyboardist and music producer Dave Kerzner. The company is headquartered in Miami, Florida. 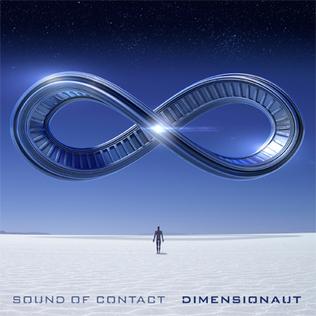 Dimensionaut is the debut album by British-based band Sound of Contact, and was released worldwide May 2013. Production of the album was a collaborative effort between Simon Collins and Dave Kerzner, two of the band's founding members. As of March 2014, two singles off the album have been released. 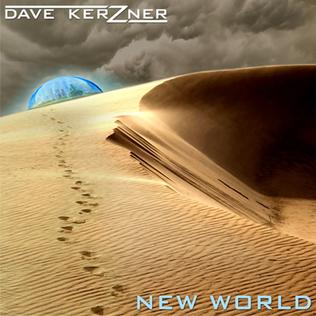 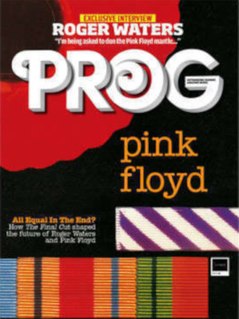