The decade 2003–2012 saw U.S. national security strategy rely on special operations to an unprecedented degree. Identifying, hunting, and killing terrorists became a central task in the Global War on Terrorism (GWOT). Linda Robinson, Adjunct Senior Fellow for U.S. National Security and Foreign Policy at the Council on Foreign Relations, argued that the organizational structure became flatter and cooperation with the intelligence community was stronger, allowing special operations to move at the "speed of war". [3] Special Operations appropriations are costly: Its budget went from $2.3 billion in 2001 to $10.5 billion in 2012. [3] Some experts argued the investment was worthwhile, pointing to the raid in May 2011 that killed Osama bin Laden in Abbottabad, Pakistan. Others claimed that the emphasis on Special Operations precipitated a misconception that it was a substitute for prolonged conflict. "Raids and drone strikes are tactics that are rarely decisive and often incur significant political and diplomatic costs for the United States. Although raids and drone strikes are necessary to disrupt dire and imminent threats…special operations leaders readily admit that they should not be the central pillar of U.S. military strategy." [3] Instead, Special Operations commanders stated that grand strategy should include their "indirect approach", which meant working with non-U.S. partners to accomplish security objectives. "Special Operations forces forge relationships that can last for decades with a diverse collection of groups: training, advising, and operation alongside other countries' militaries, police forces, tribes, militias or other information groups." [3]

The North Atlantic Treaty Organization, also called the North Atlantic Alliance, is an intergovernmental military alliance between 30 North American and European countries. The organization implements the North Atlantic Treaty that was signed on 4 April 1949. NATO constitutes a system of collective defence whereby its independent member states agree to mutual defence in response to an attack by any external party. NATO's Headquarters are located in Evere, Brussels, Belgium, while the headquarters of Allied Command Operations is near Mons, Belgium.

In current military use, combined operations are operations conducted by forces of two or more allied nations acting together for the accomplishment of a common strategy, a strategic and operational and sometimes tactical cooperation. Interaction between units and formations of the land, naval and air forces, or the cooperation between military and civilian authorities in peacekeeping or disaster relief operations is known as joint operations or interoperability capability. 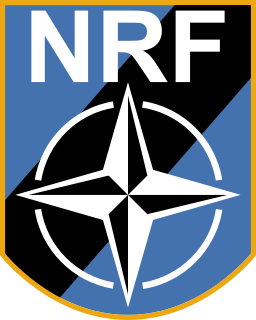 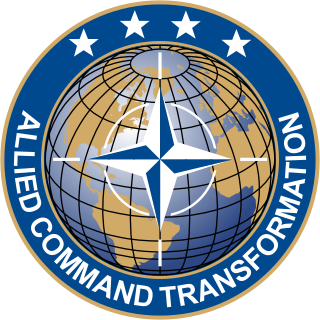 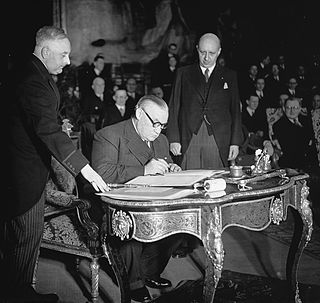 The Treaty of Brussels, also referred to as the Brussels Pact, was the founding treaty of the Western Union (WU) between 1948 and 1954, at which it point it was amended as the Modified Brussels Treaty (MTB) and served as the founding treaty of the Western European Union (WEU) until its termination in 2010. The treaty provided for the organisation of military, economic, social and cultural cooperation among member states, as well as a mutual defence clause. 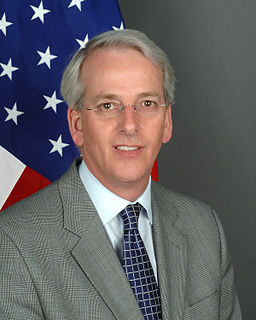 Ivo H. Daalder, has served as President of the Chicago Council on Global Affairs since July, 2013. He was the U.S. Permanent Representative on the Council of the North Atlantic Treaty Organization (NATO) from May 2009 to July 2013. He is a specialist in European security. He was a member of the staff of United States National Security Council (NSC) during the administration of President Bill Clinton, and was one of the foreign policy advisers to President Barack Obama during his 2008 presidential campaign.

Unconventional Warfare consists of activities conducted to enable a resistance movement or insurgency to coerce, disrupt or overthrow an occupying power or government by operating through or with an underground, auxiliary or guerrilla force in a denied area. 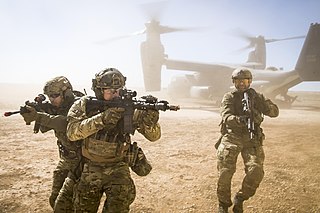 The Deployable Operations Group (DOG) was a United States Coast Guard command that provided properly equipped, trained and organized Deployable Specialized Forces (DSF), which still exist today, to the Coast Guard, DHS, DoD and inter-agency operational and tactical commanders. Formerly headquartered in Arlington, Virginia, it was established on 20 July 2007, and was commanded by a captain and was decommissioned by the Commandant of the Coast Guard, Admiral Robert Papp on 1 October 2013, although many of the units existed long before the 2007 commissioning. Upon decommissioning, the units previously assigned to the DOG were split between Coast Guard Pacific and Atlantic Area commands. 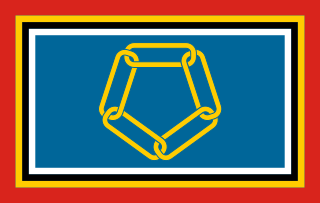 The Western Union (WU), also referred to as the Brussels Treaty Organisation (BTO), was the European military alliance established between France, the United Kingdom (UK) and the three Benelux countries in September 1948 in order to implement the Treaty of Brussels signed in March the same year. Under this treaty the signatories, referred to as the five powers, agreed to collaborate in the defence ﬁeld as well as in the political, economic and cultural ﬁelds.

The history of NATO started when British diplomacy set the stage to contain the Soviet Union and to stop the expansion of communism in Europe. The United Kingdom and France signed in 1947 signed the Treaty of Dunkirk, a defensive pact, which was expanded in 1948 with the Treaty of Brussels to add the three Benelux countries and committed them to collective defence against any armed attack for fifty years. The British worked with Washington to expand the alliance into NATO in 1949, adding the United States and Canada as well as Italy, Portugal, Norway, Denmark, and Iceland. West Germany and Spain joined later.

Expeditionary energy economics (e3) is an emerging field of energy economics that addresses energy management in the military expeditionary environment or as part of the disaster response stage of the emergency management cycle. The term was first introduced in 2018 in an article by U.S. Army Major Ion A. Iftimie, a research fellow within the Strategic Analysis Department of the NATO Energy Security Center of excellence in Vilnius, Lithuania. Major Iftimie proposed that the successful megacity counterinsurgency (COIN) campaigns of the twenty-first century will depend on fast solutions to critical energy infrastructure (CEI) vulnerabilities within individual communities. The practice of energy management in the military expeditionary environment (EMMEE) is not new. The US Marine Corps has an Expeditionary Energy Office, and NATO uses the new field to test the applicability and value of a draft military adaptation of ISO 50001:2011.

This article outlines the present structure of the European Union's Common Security and Defence Policy (CSDP), a part of the Common Foreign and Security Policy (CFSP) based on articles 42–46 of the Treaty on European Union (TEU). Article 42.2 of TEU states that the CSDP includes the 'progressive framing' of a common Union defence policy, and will lead to a common defence, when the European Council of national heads of state or government, acting unanimously, so decides.