St. Eleanors is a neighbourhood in the city of Summerside, Prince Edward Island, Canada.

Located in the northwest part of the township of Lot 17 fronting Malpeque Bay, St. Eleanors was named after Eleanor Sanksey, a housekeeper for a Colonel Harry Compton.

It was largely a rural farming community on the northwest edge of the small port town of Summerside until World War II. In 1940, several farm properties in the northern part of St. Eleanors were purchased by the federal government for the construction of RCAF Station Summerside, a Royal Canadian Air Force training and operations base. The arrival of the RCAF in the hamlet spurred construction of new roads, particularly the all-weather highway known as the "Western Road" (Route 2). The military spending stimulated dramatic population growth throughout the remaining years of the war and through the Cold War as the base was repurposed, being renamed CFB Summerside in 1968.

The community's status evolved as it became enveloped in suburban residential growth during the post-war period. In 1983, St. Eleanors achieved village status. In 1989, CFB Summerside was identified for closure by 1991, causing the village's economy to undergo a significant readjustment. In 1995, St. Eleanors was amalgamated into the City of Summerside. 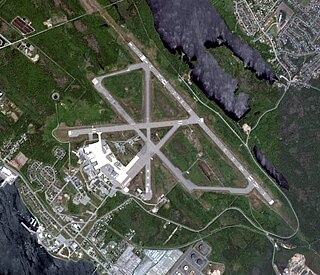 Royal Canadian Air Force Base Shearwater, commonly referred to as RCAF Shearwater, was a Canadian Forces base located 4.5 nautical miles east southeast of Shearwater, Nova Scotia, on the eastern shore of Halifax Harbour in the Halifax Regional Municipality. Following a base rationalization program in the mid-1990s, the Canadian Forces closed CFB Shearwater as a separate formation and realigned the property's various facilities into CFB Halifax. These include:

A Canadian Forces Base or CFB is a military installation of the Canadian Armed Forces. For a facility to qualify as a Canadian Forces base, it must station one or more major units. 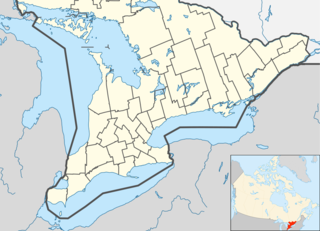 Vanastra is a dispersed rural community and unincorporated place in the municipality of Huron East, Huron County in southwestern Ontario, Canada, 3 kilometres (1.9 mi) southeast of the community of Clinton. It is located on the former property of a top secret Royal Canadian Air Force (RCAF) station used to train and supply over 7,000 radar technicians and support staff for American, British and Canadian forces during World War II.

Happy Valley-Goose Bay is a town in the province of Newfoundland and Labrador, Canada.

Canadian Forces Base Greenwood, or CFB Greenwood, is a Canadian Forces Base located 1.5 nautical miles east of Greenwood, Nova Scotia. It is primarily operated as an air force base by the Royal Canadian Air Force and is one of two bases in the country using the CP-140 Aurora and CP-140A Arcturus anti-submarine/maritime patrol and surveillance aircraft. Its primary RCAF lodger unit is 14 Wing, commonly referred to as 14 Wing Greenwood. 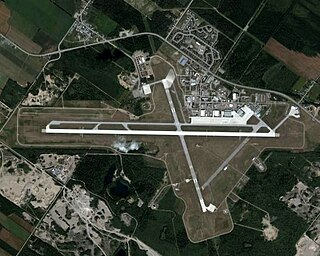 Canadian Forces Base Bagotville, commonly referred to as CFB Bagotville, and also known as Bagotville Airport or Saguenay-Bagotville Airport, is a Canadian Forces base located 4.5 nautical miles west of Bagotville in the city of Saguenay. Located in the centre of Quebec, less than 200 km (120 mi) north of Quebec City, CFB Bagotville is operated as an air force base by the Royal Canadian Air Force (RCAF) and is one of two bases in the country using the CF-18 Hornet fighter/interceptor, the other being CFB Cold Lake. Its primary RCAF lodger unit is 3 Wing, commonly referred to as 3 Wing Bagotville. 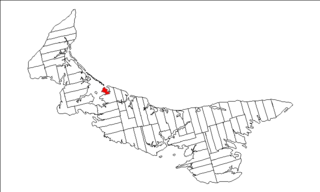 RCAF Station Charlottetown was a Royal Canadian Air Force station located in Sherwood, Prince Edward Island. Today's Charlottetown Airport maintains a remnant of the airfield's runways near its general aviation terminal, however all buildings and most infrastructure have been removed. 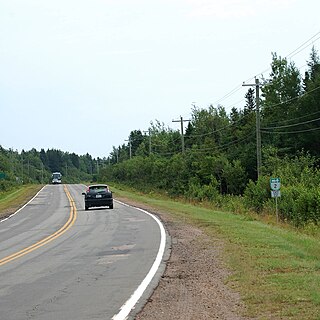 Division No. 7 is part of the Westman Region in the south western area of the province of Manitoba, Canada. The area's major service centre is the city of Brandon, the second largest city in the province. The area population in 2001 was 57,148. The major industries of the Brandon area are agriculture, fertilizer manufacturing, livestock production, and packaging. The Canadian Forces are a major employer due to their training base near the community of Shilo.

440 Transport Squadron is a unit of the Canadian Armed Forces under the Royal Canadian Air Force. It is part of 8 Wing and works closely with Joint Task Force (North) located in Yellowknife, Northwest Territories. 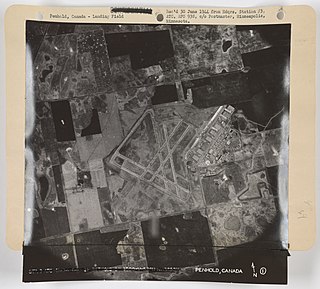