She has recently been an actress for a number of TVB shows. [1] Her nickname is "Big Doll" or "Small Sworn Mother" (as her performance in Wong Sau-kum of Heart of Greed ). She had been married to Michael Lai Siu-tin followed by a divorce. From February 5, 1990 to 2005, she lived in Canada. She returned to Hong Kong after TVB invited her to be the host of a singing program. In July 2015, Kwan ended her eight-year relationship with TVB.

Moses Chan Ho is an actor from Hong Kong.

Tavia Yeung Sin-yiu, previous known as Tavia Yeung Yi, is a Hong Kong actress. She is best known for starring in the television dramas Moonlight Resonance (2008), Beyond the Realm of Conscience (2009), The Mysteries of Love (2010) and The Hippocratic Crush (2012). 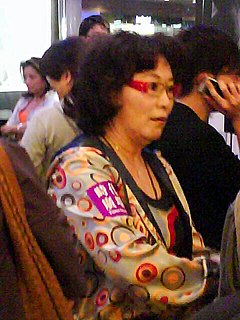 The Dance of Passion is a TVB period drama series broadcast in May 2006.

Fala Chen is an actress from China. She is best known for her roles in Hong Kong TVB drama series including Steps, No Regrets, Triumph in the Skies II, and Lives of Omission. She also stars in the Hong Kong films Tales from the Dark 2 (2013), Turning Point (2009), and Despicable Me 3. On stage, she portrayed Kyra Hollis in Skylight by David Hare (2016). In 2018, Chen wrote, directed and starred in the short film Passinger, which was a finalist for the Sundance Film Festival: Hong Kong Short Film Competition. She made her first Hollywood appearance in the HBO miniseries The Undoing in 2020 and starred in the Marvel Cinematic Universe superhero film Shang-Chi and the Legend of the Ten Rings in 2021. 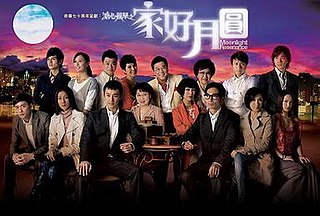 Moonlight Resonance is a 2008 grand production HDTV drama by TVB. It is a spiritual sequel to 2007's award-winning series, Heart of Greed featuring most of the original cast members. The series is written and edited by Cheung Wah-biu and Sit Ga-wah. Sponsored by Kee Wah Bakery, the series began broadcast on 28 July 2008. It stars Louise Lee, Ha Yu, Michelle Yim, Susanna Kwan, Moses Chan, Linda Chung and Raymond Lam. Its final episode was one of the highest rated TVB episodes in the 2000s decade at 50 points. The series was met with critical acclaim, with praise to the intense plot, excellent performances by the cast, and moving storyline. It went on to receive various awards across Asia Pacific and further cemented its position as one of the most successful and epic dramas in TVB's history. 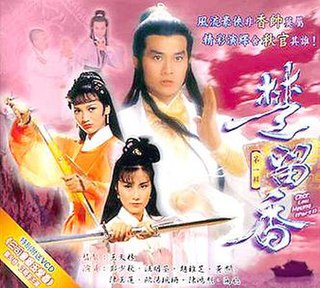 The Romantic Swordsman is a Hong Kong television series adapted from Gu Long's novel Duoqing Jianke Wuqing Jian of the Xiaoli Feidao Series. The series was first broadcast on TVB in Hong Kong in 1978. 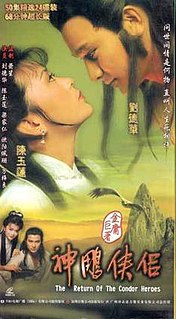 The New Adventures of Chor Lau-heung is a Hong Kong television series adapted from Chu Liuxiang Xinzhuan of Gu Long's Chu Liuxiang novel series. Michael Miu Kiu-wai starred as the titular protagonist, Chor Lau-heung. The series was first broadcast on TVB from 12 November 1984 to 4 January 1985. It was rerun in Hong Kong on TVB Jade from 1 February to 30 March in 2006. 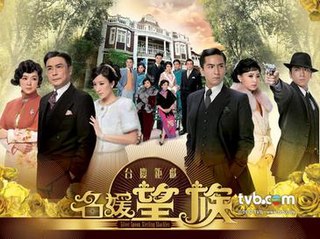 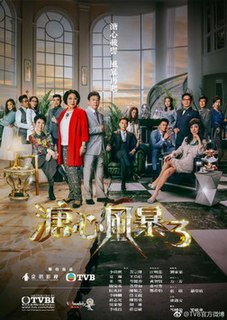 The term TVB "fadan" (花旦) is used to describe the most popular and highest paid actresses at Hong Kong television station, TVB. This term was first coined in the 1970s with the first group of fadans, Louise Lee, Liza Wang, Gigi Wong, and Angie Chiu