Syn og Segn was founded in 1894, and Rasmus Flo and Arne Garborg were the first editors. [2] The magazine is published in Nynorsk quarterly [3] by Det Norske Samlaget, and has been important for the development of the Nynorsk as a cultural language. Olav Midttun was the editor-in-chief for over fifty years, from 1908 to 1960. Fagernes-based Knut Aastad Bråten has edited the magazine since 2014; succeeding Bente Riise who had served in the post since 2006.

In 2010 the magazine was named "Periodical of the Year" in Norway by the Norwegian Association of Journals. [5] 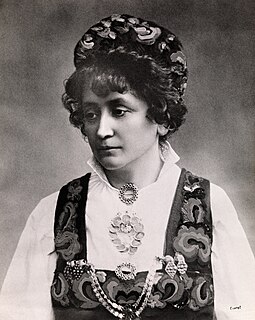 Hulda Garborg was a Norwegian writer, novelist, playwright, poet, folk dancer, and theatre instructor. She was married to Arne Garborg, and is today perhaps best known for kindling interest in the bunad tradition.

Se og Hør is a TV guide and celebrity journalism magazine published in three independent versions in Denmark, Norway and Sweden by the Danish company Aller Media. The Danish version is the oldest. The Danish and Swedish editions are published weekly, the Norwegian, the largest of the three, twice a week. It is the largest circulation illustrated weekly in all three countries; the Norwegian version has sometimes had the largest weekly circulation in Scandinavia.

Magne Skodvin was a Norwegian educator and historian.

Det Norske Samlaget is a Norwegian publishing house founded on 24 March 1868 with the aim to promote and publish books in Landsmål, now known as Nynorsk. 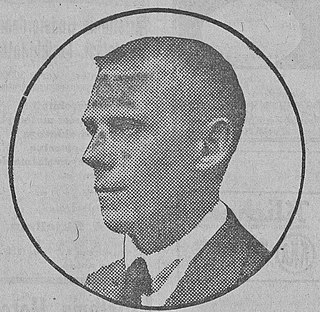 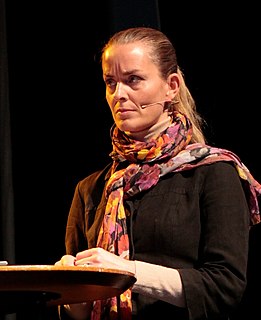 Hilde Sandvik is a Norwegian journalist.

Jon Grepstad is a Norwegian freelance journalist, photographer, peace activist and former head of information of the Norwegian Language Council.

Rasmus Flo was a Norwegian teacher, philologist, magazine editor and translator. He was a noted proponent of the use of the Nynorsk language.

Johannes Aanderaa was a Norwegian librarian, theatre critic, publisher and civil servant. He was a theatre critic for the magazine Syn og Segn. He worked for the Norwegian Broadcasting Corporation from 1954 to 1958. He chaired the publishing house Det Norske Samlaget from 1958 to 1972. He was a civil servant in the Ministry of Church and Education from 1972, later Ministry of Cultural and Scientific Affairs, and a central person in the shaping of Norwegian cultural and educational policy. 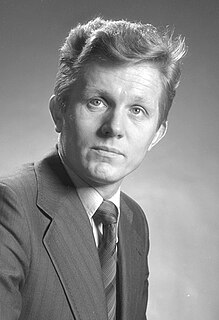 Andreas Skartveit is a Norwegian journalist, magazine editor and publisher. He was born in Finnøy. He worked for the Norwegian Broadcasting Corporation from 1962 to 1972. He edited the cultural and political magazine Syn og Segn from 1972 to 1978, and was also manager of the publishing house Det Norske Samlaget during the same period. From 1980 to 1990 he was manager of the publishing house Gyldendal Norsk Forlag.

Inga Sætre is a Norwegian illustrator and comics writer. She was born in Brøttum in Ringsaker.

Tor Erik Jenstad is a Norwegian linguist, dictionary editor, and traditional Norwegian folk musician living in Trondheim. He was born in Sunndal in the Nordmøre district.