The Bell Telephone Hour (also known as The Telephone Hour) is a concert series that began April 29, 1940, on NBC Radio, and was heard on NBC until June 30, 1958. Sponsored by Bell Telephone as the name implies, it showcased the best in classical and Broadway music, reaching eight to nine million listeners each week. It continued on television from 1959 to 1968. Throughout the program's run on both radio and television, the studio orchestra on the program was conducted by Donald Voorhees.

The series returned to radio in 1968-69 as Encores from the Bell Telephone Hour featuring highlights and interviews from the original series.

Warner Anderson was the program's announcer, and Floyd Mack the narrator. [1]

The TV show, seen on NBC from January 12, 1959, to the summer of 1968, was one of the first TV series to be telecast exclusively in color, using the color TV system perfected by RCA in 1954. It aired every week on Friday evenings at 10:00 pm, then was switched to Tuesday evenings at 10:00 pm in 1963. It was noted for its Christmas specials, frequently featuring opera stars and stars of musical theater and ballet. In the fall of 1965, the show was switched to an earlier time, Sundays at 6:30 pm.

Beginning in 1965, the program sometimes had to share its time slot with an NBC news series called Actuality Specials on NBC, and was telecast every other week. In the fall of 1963, the program alternated with The Andy Williams Show .

During its last season, 1967–1968, the program was switched back to its old Friday-night time slot and the format changed from a videotaped and mostly musical presentation to filmed documentaries about classical musicians made on location. By this point, The Bell Telephone Hour was seen as a relic of a bygone era in television history. [2]

One of the most notable of the Bell Telephone Hour documentary programs combined a tour of the Museo del Prado in Madrid, with performances by such noted Spanish musicians as Andrés Segovia, Alicia de Larrocha, and Victoria de los Ángeles. Another was a profile of Cleveland Orchestra conductor George Szell. This one was not a biography of Szell, but a documentary showing how he worked with the orchestra.

One of the last, and most notable episodes done in the videotape format, was "First Ladies of Opera", featuring Joan Sutherland, Leontyne Price, Renata Tebaldi, and Birgit Nilsson, all on one program. In 1976, footage from the TV series was edited into a 90-minute retrospective TV special entitled The Bell Telephone Jubilee, hosted by Bing Crosby and Liza Minnelli.

Beginning in 2001, DVDs of performances from the television series have been released by Video Artists International. To date, VAI has issued more than two dozen DVD compilations, and a number of complete telecasts, most notably the episode of April 29, 1960, which presented a lavishly staged production of The Mikado starring Groucho Marx. The stunning array of performers who appeared on The Bell Telephone Hour television program includes:

The series won two Emmys and was nominated for seven others.

In 1947, a 27-minute, black-and-white short subject entitled Rehearsal: The Telephone Hour, was released to theaters. Originating in NBC's Studio 6B at 30 Rockefeller Plaza, the film featured, in addition to Voorhees and the orchestra, operatic bass Ezio Pinza and opera mezzo-soprano Blanche Thebom singing arias. It simulated a rehearsal of the popular program, complete with a commercial announcement, and then, near the end, segued to what was presumably the actual radio broadcast.

The National Broadcasting Company (NBC) is an American English-language commercial broadcast television and radio network owned by Comcast(NBCUniversal headquarter in Comcast Centre). The network is headquartered at 30 Rockefeller Plaza in New York City, with additional major offices near Los Angeles, and Chicago. NBC is one of the Big Three television networks, and is sometimes referred to as the "Peacock Network", in reference to its stylized peacock logo, introduced in 1956 to promote the company's innovations in early color broadcasting; it became the network's official emblem in 1979.

Ezio Fortunato Pinza was an Italian opera singer. Pinza possessed a rich, smooth and sonorous voice, with a flexibility unusual for a bass. He spent 22 seasons at New York's Metropolitan Opera, appearing in more than 750 performances of 50 operas. At the San Francisco Opera, Pinza sang 26 roles during 20 seasons from 1927 to 1948. Pinza also sang to great acclaim at La Scala, Milan and at the Royal Opera House, Covent Garden, London.

The Voice of Firestone was a long-running radio and television program of classical music. The show featured leading singers in selections from opera and operetta. Originally titled The Firestone Hour, it was first broadcast on the NBC Radio network on December 3, 1928 and was later also shown on television starting in 1949. The program was last broadcast in 1963. 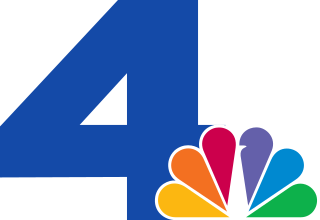 KNBC, virtual channel 4, is the West Coast flagship station of the NBC television network, licensed to Los Angeles, California, United States. The station is owned by the NBC Owned Television Stations subsidiary of NBCUniversal, as part of a duopoly with Corona-licensed Telemundo West Coast flagship KVEA. The two stations share studios in the northwest corner of the Universal Studios Hollywood lot off of Lankershim Boulevard in Universal City; KNBC's transmitter is located on Mount Wilson.

The Big Show, an American radio variety program featuring 90 minutes of comic, stage, screen and music talent, was aimed at keeping American radio in its classic era alive and well against the rapidly growing television tide. For a good portion of its two-year run, the show's quality made its ambition seem plausible.

Melville "Mel" Brandt was an actor and NBC staff announcer. 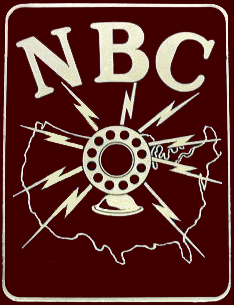 Robert Rounseville was an American actor and tenor, who appeared in opera, operetta, Broadway musicals, and motion pictures. 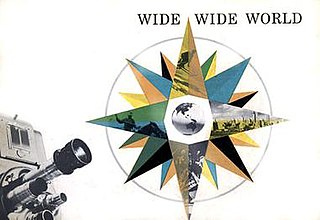 Wide Wide World is a 1955-1958 90-minute documentary series telecast live on NBC on Sunday afternoons at 4pm Eastern. Conceived by network head Pat Weaver and hosted by Dave Garroway, Wide Wide World was introduced on the Producers' Showcase series on June 27, 1955. The premiere episode, featuring entertainment from the US, Canada and Mexico, was the first international North American telecast in the history of the medium. 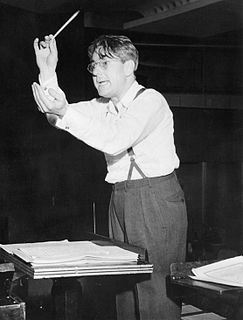 Donald Voorhees was an American composer and conductor who received an Emmy Award nomination for "Individual Achievements in Music" for his work on the television series, The Bell Telephone Hour.

Rosemary Kuhlmann was an American operatic mezzo-soprano and Broadway musical actress best known for originating the role of the Mother in Gian Carlo Menotti's Amahl and the Night Visitors, the first opera commissioned for television. Kuhlmann portrayed the role on the annual live NBC broadcast of the production from 1951 through 1962.

Bonino is an ethnic situation comedy television series starring Ezio Pinza (1892–1957) as an Italian-American opera singer trying to rear his eight children after the death of their mother. Originating in the Hudson Theatre in New York City, the program aired live on NBC from September 12 to December 26, 1953.

General Foods 25th Anniversary Show: A Salute to Rodgers and Hammerstein is a two-hour TV special broadcast live on March 28, 1954, on all four major TV networks of the time, DuMont, CBS, NBC, and ABC.

Claudia Pinza Bozzolla was an Argentine-American operatic soprano, vocal coach, and voice teacher of Italian origin. As a singer she performed in operas throughout Italy and the United States, including appearances at La Scala, the Metropolitan Opera, and the San Francisco Opera.