The Corporate World is the debut studio album by the American musician and singer-songwriter Gail Ann Dorsey. It was released in 1988 by WEA (and released in 1989 by Sire Records in the United States). Produced by bass guitarist Nathan East, the album features guest appearances from singer-songwriter and guitarist Eric Clapton and Gang of Four member Andy Gill. [1] [2] The album's style has been described as "an unorthodox and individualistic blend of rock, pop and R&B." [3]

The single "Wasted Country" peaked at number 76 in the UK in September 1988, though the album itself did not chart there. The album reached the top ten on the Dutch Album Chart. [4] The album was dedicated to Dorsey's "mother, and to all my nieces and nephews - may you find the beauty of life within yourselves...then share it..." She also acknowledged Joni Mitchell, Woody Allen, Heart, Lindsay Wagner, Jimi Hendrix, Mingus, Chaka Khan, Sigourney Weaver, Stevie Wonder, Richard Bach and Beethoven for "creative brilliance and a lifetime of inspiration". "S.W.4" is the postcode for Clapham North where Dorsey purchased a flat with her advance from Warner Bros. [5]

AllMusic critic Alex Henderson described the album as "an artistic triumph, but a commercial bomb," noting that "had it been released after alternative rock really exploded in 1992, it might have enjoyed the type of success it deserved." [3] On the album, music critic Robert Christgau wrote: "Pet Shop Boys, this is how it sounds with soul." Christgau also stated that the side one features "conventional exercises," while "from the literal title tune to the Beethoven-drenched romantic climax, side two is the yuppie blues." [6]

All songs written and composed by Gail Ann Dorsey; except where indicated 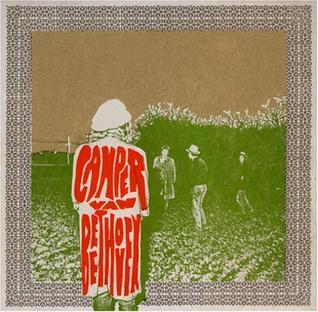 Telephone Free Landslide Victory is an album by musical group Camper Van Beethoven, released on Independent Project Records and released in June 1985. It featured the band's best known song, "Take the Skinheads Bowling". The album has sold well over 60,000 copies. 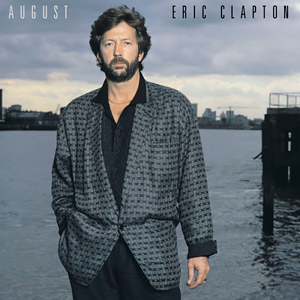 August is the tenth solo studio album by Eric Clapton, released in 1986 by Duck Records/Warner Bros. Records. Described as a "hard R&B" album, it was primarily produced by Phil Collins, in association with longtime Clapton associate Tom Dowd. 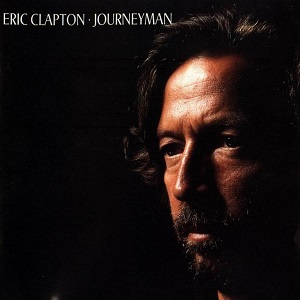 Nathan Harrell East is an American jazz, R&B, and rock bass player and vocalist. With more than 2,000 recordings, East is considered one of the most recorded bass players in the history of music. East holds a Bachelor of Arts degree in Music from the University of California, San Diego (1978). He is a founding member of contemporary jazz quartet Fourplay and has recorded, performed, and co-written songs with performers such as Bobby Womack, Eric Clapton, Michael Jackson, Joe Satriani, Peter Gabriel, George Harrison, Ringo Starr, Phil Collins, Stevie Wonder, Toto, Kenny Loggins, Daft Punk, Chick Corea, and Herbie Hancock. 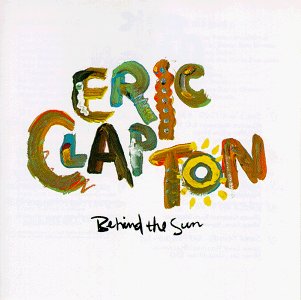 Gail Ann Dorsey is an American musician. With a long career as a session musician mainly on bass guitar, she is perhaps best known for her lengthy residency in David Bowie's band, from 1995 to Bowie's death in 2016. Aside from playing bass, she sang lead vocals on live versions of "Under Pressure" and dueted with Bowie on other songs, including "The London Boys", "Aladdin Sane (1913-1938-197?)", "I Dig Everything", accompanying Bowie on clarinet, and a cover of Laurie Anderson's "O Superman". 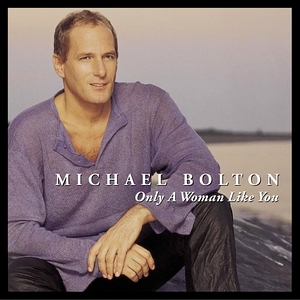 Only a Woman Like You is an album by Michael Bolton, released in 2002.

Let Me in Your Life is the twentieth studio album by American singer Aretha Franklin, released on February 25, 1974, by Atlantic Records. 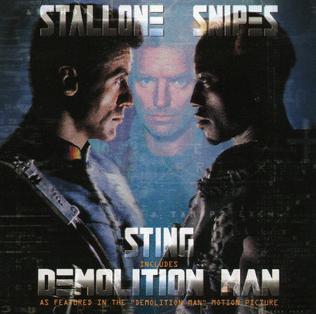 Demolition Man is an EP released by A&M on September 21, 1993 and November 1, 1993 (UK) in support of the Sylvester Stallone/Wesley Snipes film Demolition Man. It features Sting's re-recording of The Police track "Demolition Man", as well as several live recordings. The live recordings were recorded at Villa Manin, Codroipo, Italy on 25 July 1993. The US and International/European EP release features the title track and five live recordings and sales for this release were listed on the US Albums Chart, as the UK release was a standard single which featured an exclusive single version of the title track as well as the album version and two live recordings. The UK release charted therefore on the UK Singles Chart, where it peaked at number 21. 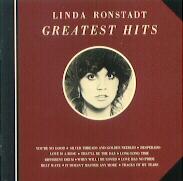 Greatest Hits is Linda Ronstadt's first major compilation album, released at the end of 1976 for the holiday shopping season. It includes material from both her Capitol Records and Asylum Records output, and goes back to 1967 for The Stone Poneys' hit "Different Drum." 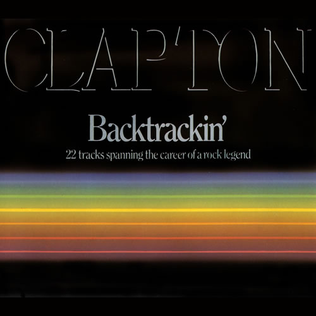 Backtrackin' is a two-disc compilation album by Eric Clapton spanning the years 1966 to 1980. It was released in 1984. The compilation contains all of Clapton's best known songs with Cream, Blind Faith, Derek and the Dominos, and his solo 1970s work through his 1980 live album Just One Night. This compilation album is made in Germany and is only available in the United States as an import. It was originally released by Starblend Records, and has since been reissued by Polydor Records. This 2 CD compilation is currently out of print in some markets while still available in some form in others. 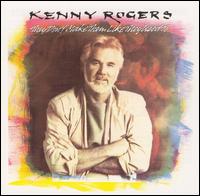 They Don't Make Them Like They Used To is the nineteenth studio album by country superstar Kenny Rogers.

Aretha is the thirty-first studio album by American singer Aretha Franklin, originally released on October 27, 1986 by Arista Records. It is the third album with the Aretha title to be released by Franklin, following her 1961 album and 1980 album. 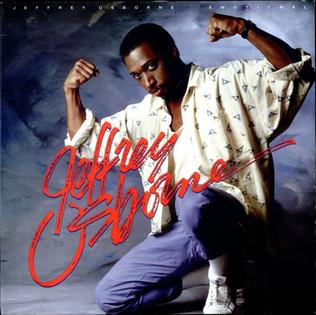 Emotional is the fourth album by American singer Jeffrey Osborne. It was released by A&M Records on May 27, 1986. Produced by Osborne, Rod Temperton, Richard Perry, T. C. Campbell, Michael Masser, and George Duke, Emotional reached number five on the US Billboard R&B Albums chart and number 27 on the Billboard 200. It spawned one of Osborne's biggest pop hit, "You Should Be Mine " which peaked at number 13 on the US Billboard Hot 100. Other tracks that charted include "In Your Eyes", "Soweto", and "Room with a View." 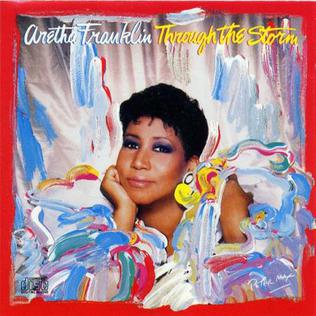 Through the Storm is the thirty-second studio album by American singer Aretha Franklin. It was released on April 25, 1989, by Arista Records.

We Shall Not Be Shaken is Matt Redman's critically acclaimed seventh studio album. It was released in the US on August 25, 2009 and in Europe on September 4, 2009. 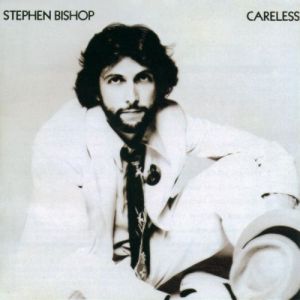 Careless is the debut album by singer/songwriter Stephen Bishop. It includes two hit singles: "On and On", which peaked at No. 11 on the Billboard singles chart, and "Save It for a Rainy Day" which made No. 22. The album itself rose to No. 34 on the Billboard albums chart. Notable contributors to the album include Eric Clapton, Art Garfunkel and Chaka Khan. 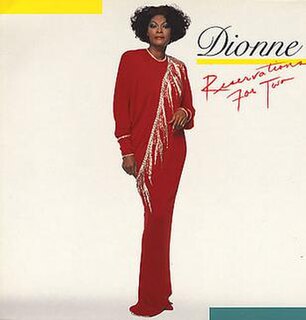 Reservations for Two is a studio album by the American singer Dionne Warwick. It was recorded during the spring of 1987 and released on July 30 of that year. Her eighth album for Arista Records, it was again executive produced by label head Clive Davis. Warwick worked reteamed with Barry Manilow and the duo Burt Bacharach and Carole Bayer Sager to work on the album, while Kashif, Jerry Knight, Howard Hewett and Smokey Robinson also contributed to the tracks. 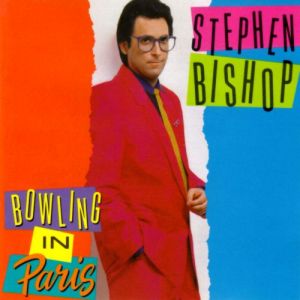 Bowling in Paris is an album by singer/songwriter Stephen Bishop, released by Atlantic Records in 1989. It is his first studio album released in America since 1980's Red Cab to Manhattan. Notable contributors include Eric Clapton, Phil Collins and Sting. 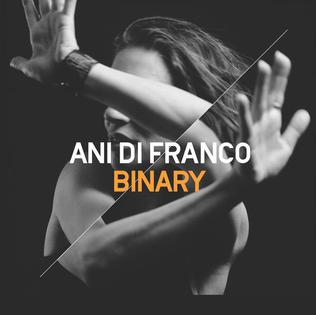 Binary is the 19th studio album by singer-songwriter Ani DiFranco, released on June 9, 2017. On this album she was supported by Todd Sickafoose, the upright bass player who has toured with her since 2004. Drummer Terence Higgins, who has been touring with DiFranco since 2012, also accompanied her on most of the tracks on the album. Jenny Scheinman and Ivan Neville join the band for more than half of the record. Other musicians showing up on the album include Maceo Parker, Bon Iver's Justin Vernon, and Gail Ann Dorsey. The album was mixed by Tchad Blake.