The driver in the film's auto racing sequences was Harry Hartz, a successful board track and Indianapolis 500 race professional. [2] It was remade in 1939 as Indianapolis Speedway with Pat O'Brien in Cagney's role, Ann Sheridan in Blondell's role, and McHugh in the same role he played in the original. [3]

Motor racing champion Joe Greer (James Cagney) returns home to compete in an exhibition race featuring his younger brother Eddie, who has aspirations of becoming a champion. Joe's misogynistic obsession with "protecting" Eddie (Eric Linden) from women causes Joe to interfere with Eddie's relationship with Anne (Joan Blondell), leading to estrangement between Joe and Eddie, and between Joe and his longtime girlfriend Lee (Ann Dvorak), who is made to feel "not good enough" to be around Eddie.

During the race, a third driver, Spud Connors (Frank McHugh), wrecks and is burned alive. Driving lap after lap through the flames and the smell of burning flesh (and maybe past the burning body) while blaming himself for the accident, Joe loses his will to race. Eddie goes on to win. Afterward, Joe's career plummets as Eddie's rises. The power of love eventually triumphs, and Joe's career and his relationships with Lee and Eddie are rehabilitated.

The Crowd Roars is loosely based on the play The Barker: A Play of Carnival Life by Kenyon Nicholson. Hawks developed the script with Seton Miller for their eighth and final collaboration and the script was by Miller, Kubec Glasmon, John Bright and Niven Busch. Blondell and Dvorak initially were cast in each other's roles but swapped after a few days of shooting. Shooting began on December 7, 1931 at Legion Ascot Speedway and wrapped on February 1, 1932. Hawks used real race car drivers in the film, including the 1930 Indianapolis 500 winner Billy Arnold. [4] : 156–162

Certain scenes were filmed at the now defunct Nutley Velodrome race track in Nutley, New Jersey with Harry Hartz standing in for James Cagney. [5] In original prints of the film the big racing scene at the end was printed on tinted "Inferno" stock. [6] A French-language version, La foule hurle, starring Jean Gabin, was produced in 1932. Warner Bros. remade The Crowd Roars in 1939 as Indianapolis Speedway . [7] [8]

Sentimentalism is downplayed in this pre-Code film. The lingering stench of Spud's burning body is implied strongly by the horrified expression on each driver's face as he passes through the smoke and tongue of burning gasoline that marks the wreck site, sometimes pushing his scarf against his nose. 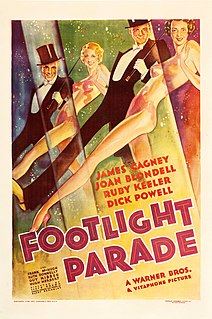 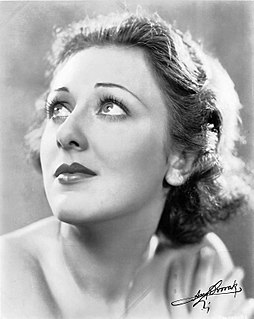 Ann Dvorak was an American stage and film actress.

Warren Wilbur Shaw was an American racing driver. He was president of the Indianapolis Motor Speedway from 1945 until his death in 1954. Shaw was the automotive test evaluator for Popular Science magazine. 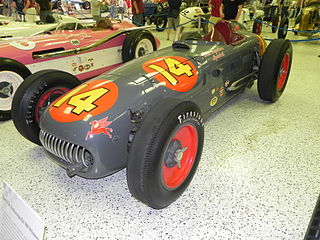 The 37th International 500-Mile Sweepstakes was held at the Indianapolis Motor Speedway on Saturday, May 30, 1953. The event was part of the 1953 AAA National Championship Trail, and was race 2 of 9 in the 1953 World Championship of Drivers.

The 48th International 500-Mile Sweepstakes was held at the Indianapolis Motor Speedway in Speedway, Indiana on Saturday, May 30, 1964. The race was won by A. J. Foyt, but is primarily remembered for a fiery seven-car accident which resulted in the deaths of racers Eddie Sachs and Dave MacDonald. It is also the last race won by a front-engined "roadster", as all subsequent races have been won by rear-engined, formula-style cars. It was Foyt's second of four Indy 500 victories.

The 19th International 500-Mile Sweepstakes Race was held at the Indianapolis Motor Speedway on Saturday, May 30, 1931. Race winner Louis Schneider, who led the final 34 laps, was accompanied by riding mechanic Jigger Johnson.

The 18th International 500-Mile Sweepstakes Race was held at the Indianapolis Motor Speedway on Friday, May 30, 1930. The race was part of the 1930 AAA Championship Car season.

The 17th International 500-Mile Sweepstakes was held at the Indianapolis Motor Speedway on Thursday, May 30, 1929. Ray Keech, who finished fourth a year earlier, took the lead for the final time on lap 158 and won his first Indianapolis 500. Keech won for car owner Maude A. Yagle, the first and to-date, only female winning owner in Indy history. Only two weeks after winning the race, Ray Keech was fatally injured in a crash at Altoona Speedway on June 15, 1929. The race was part of the 1929 AAA Championship Car season.

The 4th International 500-Mile Sweepstakes Race was held at the Indianapolis Motor Speedway on Saturday, May 30, 1914.

Board track racing was a type of motorsport popular in the United States during the 1910s and 1920s. Competition was conducted on circular or oval race courses with surfaces composed of wooden planks. This type of track was first used for motorcycle competition, wherein they were called motordromes, before being adapted for use by various different types of racing cars. The majority of the American national championship races were contested at such venues during the 1920s.

Eric Linden was an American actor, primarily active during the 1930s.

The Indianapolis 500 auto race has been the subject for several motion pictures. It has also received countless references in television, film, commercials, books, and other media. The following is a list of such references. 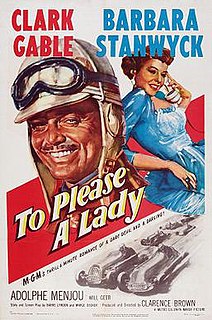 To Please a Lady is a 1950 American romance film produced and directed by Clarence Brown, and starring Clark Gable and Barbara Stanwyck. The climactic race scene was shot at the Indianapolis Motor Speedway.