The End of Something (song)

"The End of Something" is a song by Rollins Band. It is the second [1] single released in support of their fifth album Come In and Burn . [2] 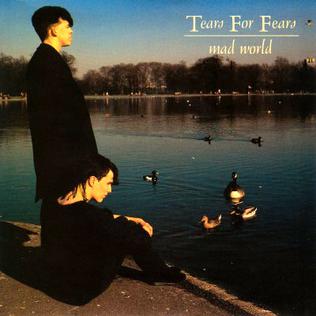 "Mad World" is a 1982 song by the British band Tears for Fears. Written by Roland Orzabal and sung by bassist Curt Smith, it was the band's third single release and first chart hit, reaching number 3 on the UK Singles Chart in November 1982. Both "Mad World" and its B-side, "Ideas as Opiates", appeared on the band's debut LP The Hurting (1983). This single was also the band's first international success, reaching the Top 40 in several countries in 1982–83. 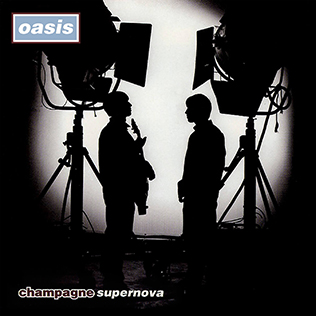 "Champagne Supernova" is a song by English rock band Oasis, written by Noel Gallagher. It was released as a single in non UK countries in 1996 and it is the final track on the band's second album (What's the Story) Morning Glory?. The Jam frontman Paul Weller appears as a guest guitarist and backing vocalist on the track. A music video for the song, directed by Nigel Dick, was released in 1996. The single was not released in the UK. 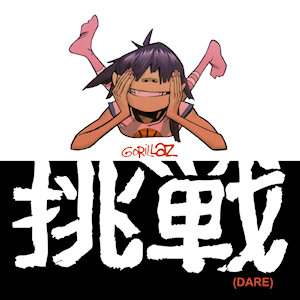 "Dare" is a 2005 song by British virtual band Gorillaz, taken as the second single from their second studio album, Demon Days. The track features Happy Mondays frontman Shaun Ryder and is also sung by Rosie Wilson with backing vocals from Damon Albarn. It peaked at number one on the UK Singles Chart in September 2005, becoming the band's only UK number one.

"Boom! Shake the Room" is a song by DJ Jazzy Jeff & The Fresh Prince, released on July 20, 1993 as the second single from their fifth studio album, Code Red. The song peaked at number thirteen on the US Billboard Hot 100 and topped the charts in the United Kingdom, Ireland, Spain and Australia. On September 17, 1993, the Recording Industry Association of America certified the song gold; it went on to sell 600,000 copies domestically. It is also certified gold in Germany and platinum in Australia and New Zealand. 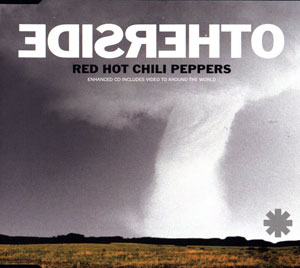 "Otherside" is a song by the Red Hot Chili Peppers, released in 2000. It was the third single from their album Californication, and confronts the battles addicts have with their prior addictions. 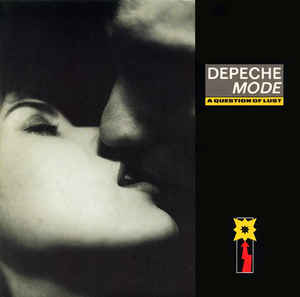 "A Question of Lust" is a song by English electronic music band Depeche Mode from their fifth studio album, Black Celebration (1986). It was released on 14 April 1986 as the album's second single. 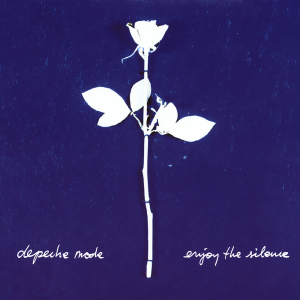 "Chain Reaction" is an R&B song, sung by Diana Ross, and written by the Bee Gees, with Barry Gibb on backing vocals. The track was released on Ross's 1985 album Eaten Alive, and as a single twice - in 1985 and again in 1986. 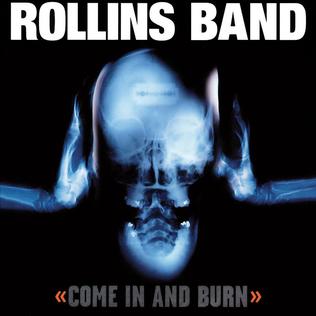 "Free Your Mind" is a song by American female group En Vogue. Released on September 24, 1992, "Free Your Mind" is the third single released from their critically acclaimed hit album Funky Divas. The anti-prejudice song became a Top 10 hit on the Billboard Hot 100 and a Top 20 hit on the UK Singles Chart. Billboard named the song No. 41 on their list of 100 Greatest Girl Group Songs of All Time. The track was recorded between December 1991 – January 1992, composed and produced by Foster and McElroy. The guitar and bass tracks for the song were written and recorded by San Francisco-based guitarist Jinx Jones. The opening line: "Prejudice, wrote a song about it. Like to hear it? Here it go!", is adapted from a line originally used by David Alan Grier's character Calhoun Tubbs from Fox's In Living Color. An alternative version of the song with different lyrics appears on the 1992 Summer Olympics compilation album Barcelona Gold.

"Bedshaped" is a song by English rock band Keane, released as the third single from Hopes and Fears. It sold about 22,000 copies in its first week of release; it became their third consecutive top ten hit on the British charts, after the release of "Somewhere Only We Know" and "Everybody's Changing". "Bedshaped" charted at number 10 in the UK and also became a commercial success in Belgium, Denmark, and the Netherlands. 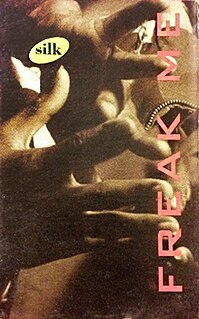 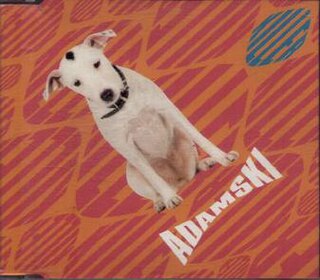 "Killer" is a song by British acid house DJ and record producer Adamski. Written by Adamski and Seal and produced by Adamski, "Killer" was Adamski's breakthrough single but is now more notable for featuring Seal as a vocalist. A major hit in the United Kingdom, it reached number one on the UK Singles Chart, spending four weeks at the top in May and June 1990. In total, the single sold over 400,000 copies in the UK, earning it a Gold certification from the British Phonographic Industry. The song also peaked at number one in Belgium and Zimbabwe and at number two in Germany and the Netherlands.

"Love Is Strong" is the opening track, and first single, by The Rolling Stones from their 1994 album Voodoo Lounge. It was moderately successful worldwide, peaking at No. 14 in the band's native United Kingdom and No. 2 in Canada and Finland but stalling at No. 91 on the US Billboard Hot 100. Despite this, it peaked at No. 2 on the Billboard Album Rock Tracks chart. 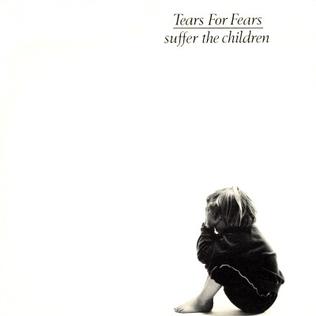 "Suffer the Children" is a song by the British band Tears for Fears. Written and sung by Roland Orzabal and released in November 1981, it was the band's first release, recorded shortly after the break-up of Orzabal and Curt Smith's previous band Graduate. The original single was produced by David Lord and recorded at his own facility, Crescent Studios in Bath, England. The song would eventually be re-recorded for inclusion on Tears for Fears' debut LP The Hurting (1983), this time produced by Chris Hughes and Ross Cullum. 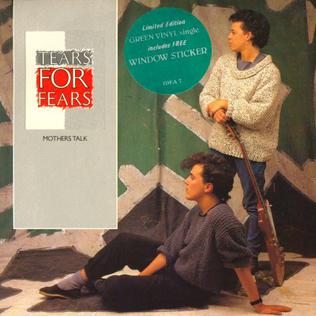 "Mothers Talk" is a 1984 song by the British band Tears for Fears. Written by Roland Orzabal and Ian Stanley and sung by Orzabal, it was the band's seventh single release (the first to be taken from their second album Songs from the Big Chair and fifth UK Top 40 chart hit. The song was released six months in advance of the album and showcased the band's edgier sound, as compared to their debut LP The Hurting. It was also a moderate success internationally.

"It Doesn't Matter" is the first single released from Wyclef Jean's second studio album, The Ecleftic: 2 Sides II a Book. 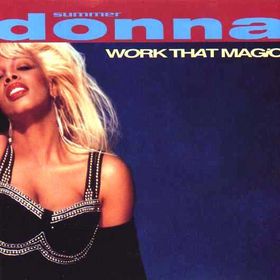 "Work That Magic" is a 1991 song from the album Mistaken Identity by Donna Summer. It is written by Summer, Keith Diamond, Eve Nelson, Anthony Smith and Larry Henley and produced by Diamond. The single was released on November 18, 1991 as the second and final single from the album by Atlantic Records and Warner Bros. Records. In some countries' editions of the album, the version of the song was a remix by ISA. The edited version of the remix was used in the song’s music video. This version was released as a single in the UK. While most of the album had quite an urban feel, this song was much more of a dance number. It peaked at number 74 in the UK Singles Chart. 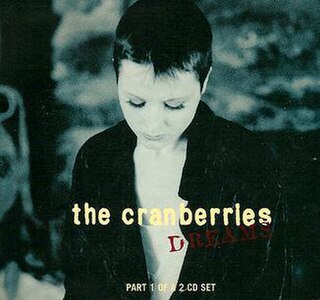 "Dreams" is the debut single by Irish rock band the Cranberries. It was released in 1992 and later appeared on the debut album Everybody Else Is Doing It, So Why Can't We?. It reached the top 40 on the US Hot 100 Airplay and the top 30 of the UK Singles Chart in early 1994. A 1990 demo version was released in Ireland only in the summer of that year under their initial band name, the Cranberry Saw Us. 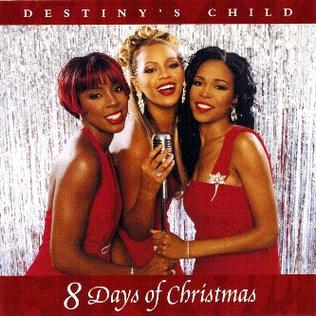 "8 Days of Christmas" is a song by American girl group Destiny's Child, from their same-titled Christmas album (2001). Written by band members Beyoncé and Kelly Rowland along with Errol McCalla, Jr., who handled its production, it is a Christmas-themed song with heavy R&B and dance pop elements. Released as a promotional single in support of its parent album, 8 Days of Christmas was first released in November 2000 on the re-issue of the band's The Writing's on the Wall (1999) and the CD single of their number-one single "Independent Women Part I".