Come In and Burn

The lead up to the making of the album was marred by a legal dispute between Henry Rollins and Imago Records, the independent label which had released the band's successful early 1990s output. [5] Rollins Band went on to sign with the newly created label DreamWorks Records.

By late 1996, work for Come in and Burn had begun. Recording on 19 new songs commenced with Steve Thompson in Bearsville, New York. [6] Some of the material had been written during a stressful period for Rollins, following the end of an exhausting tour for Weight and the beginning of the legal battle between him and Imago. [7] [6] The album was completed in early 1997. [6]

The Come in and Burn tour lasted from April 1997 to October 1997, covering North America, Europe, Australia and Japan. That year, the band also made appearances on Later... with Jools Holland and Saturday Night Live , where they were introduced by guest host Pamela Anderson. Metal Injection ranked their Later... with Jools Holland performance of "On My Way to the Cage" as one of the "10 Greatest Metal Performances On British Television". [8] Metal Insider included them and their Saturday Night Live performance of "Starve" on a list of the "Heaviest SNL Musical Guests". [9] To further support the album, music videos were made for lead single "Starve" and "The End of Something". The "Starve" video, directed by Modi Frank, includes footage from the recording sessions, as well as live footage. [10]

Following the tour, the lineup dissolved. Rollins would eventually reform the band with a new lineup featuring members of Mother Superior. Guitarist Chris Haskett reflected, "At the end of 1997 we were really burnt out. I figured we would be on a break and then reconvene once everybody had cooled off and had a rest. But then in 1998 I started getting emails from fans telling me how excited they were that RB was coming to Chicago and a few other places. I knew Henry was doing stuff with Mother Superior but I thought that would just be a side project so there you go. So I found out I wasn’t in the band via the internet." [11]

Reviewing for The Village Voice in December 1997, Robert Christgau said "this thrash-and-churn is [Rollins'] metalest metal ever", but regarded its lyrical content as "melodrama" concocted from "an adolescent despair [remembered] via groupies and fan mail". [3] Bill Meredith of AllMusic commented that "not everyone agreed with [Rollins] decision to break up his band after the experimental 1997 Come in and Burn CD" and described the music as a mixture of "rock and funk, jazz/fusion, and metal." [1] Stephen Thompson of The A.V. Club mentioned that the album contained a "surprisingly bottom-heavy mix [and] chunky guitars." [12] On Come in and Burn's 20th anniversary in 2017, Diffuser.fm wrote that "From the opening swirl of “Shame,” the music is tighter, darker and more atmospheric than its predecessors." [13]

Come in and Burn Sessions reissue (2005) 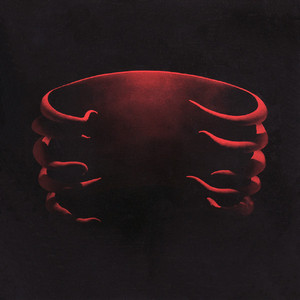 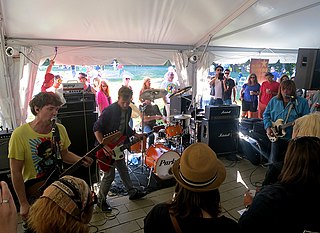 The Lemonheads are an American alternative rock band formed in Boston, Massachusetts, in 1986 by Evan Dando, Ben Deily, and Jesse Peretz. Dando has remained the band's only constant member. After their initial punk-influenced releases and tours as an independent/"college rock" band in the late 1980s, the Lemonheads' popularity with a mass audience grew in 1992 with the major label album It's a Shame about Ray, which was produced, engineered, and mixed by The Robb Brothers. This was followed by a cover of Simon and Garfunkel's "Mrs. Robinson", which eventually became one of the band's most successful singles. The Lemonheads were active until 1997 before going on hiatus, but reformed with a new lineup in 2005 and released The Lemonheads the following year. The band released its latest album, Varshons 2, in February 2019. 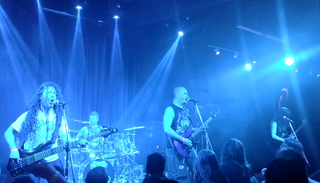 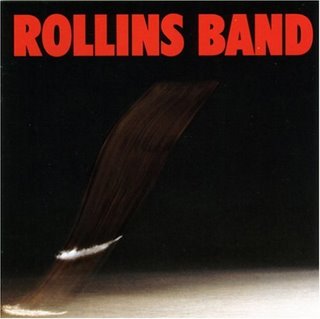 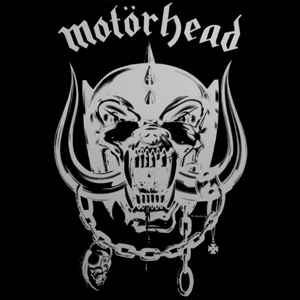 Motörhead is the self-titled debut studio album by the band Motörhead, released on 21 August 1977, on Chiswick Records, one of the first for the label. It is officially regarded as the band's debut album, though an album was recorded in 1975 for United Artists which was shelved, and was only released in 1979 after the band had established themselves commercially. This would be the first album to feature what would become the "classic" Motörhead lineup of Lemmy Kilmister, "Fast" Eddie Clarke and Philthy Animal Taylor and their only release under Chiswick, as they were signed to the larger Bronze Records by early 1978. 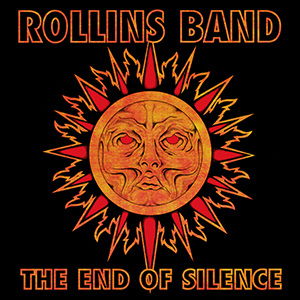 The End of Silence is the fifth release and the third full-length album by Rollins Band, led by former Black Flag singer Henry Rollins. The album's cover features a stylized drawing of the sun identical to the one tattooed on Rollins' back. The album's liner notes credit the artwork to California tattoo artist Rick Spellman. 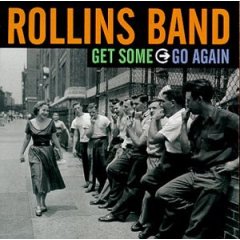 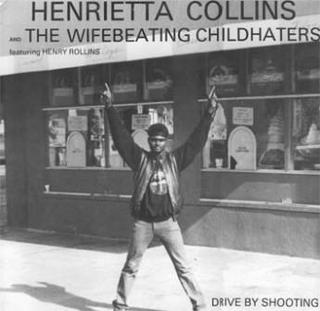 Drive by Shooting is a hardcore punk solo E.P. by Henry Rollins, credited as "Henrietta Collins and The Wifebeating Childhaters", which served as a precursor to the Rollins Band.

Black Coffee Blues is a book written by Henry Rollins, comprising writings penned between 1989 and 1991. It is composed of seven parts; "124 Worlds", "Invisible Woman Blues", "Exhaustion Blues", "Black Coffee Blues", "Monster", "61 Dreams" and "I Know You". It was published in 1992 by 2.13.61 Publications, Rollins' own publishing house. 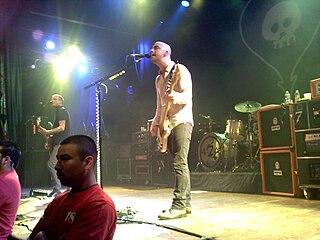 The discography of Alkaline Trio, a Chicago-based punk rock band, consists of nine studio albums, three compilation albums, one split album, four EPs, one video album, sixteen singles, one demo, nine digital releases, and thirteen music videos. Alkaline Trio formed in 1996 with an initial lineup of Matt Skiba, Rob Doran (bass), and Glenn Porter (drums). This lineup released the band's demo tape and the 1997 single "Sundials" on Chicago record label Johann's Face Records, after which Doran left the band and was replaced by Dan Andriano. The group then signed to Asian Man Records and released their debut EP For Your Lungs Only and album Goddamnit in 1998. A second EP, I Lied My Face Off, followed in 1999 and resulted in their first music video, for the song "Goodbye Forever". In 2000 Asian Man released the band's second album, Maybe I'll Catch Fire, as well as the compilation album Alkaline Trio, collecting most of their previously released early material. Porter then left and was replaced by Mike Felumlee.

Starve for the Devil is the fourth studio album by the melodic death metal band Arsis. It was released on February 9, 2010, by Nuclear Blast Records. 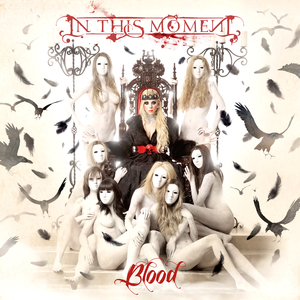 Blood is the fourth studio album by American heavy metal band In This Moment. It was released on August 14, 2012, by Century Media Records. As has been the case with every In This Moment album, the record has a different sound, dropping many of the traditional metalcore elements in favor of electronic samples and further experimentation. This is the first album to feature rhythm guitarist Randy Weitzel, bassist Travis Johnson, and drummer Tom Hane.

"Disconnect" is a song by Rollins Band. It is the second single released in support of their fourth album Weight.

"The End of Something" is a song by Rollins Band. It is the second single released in support of their fifth album Come In and Burn.