It was partly shot in Amsterdam. The film's sets were designed by the art directors Franz Bi and Bruno Lutz.

The Handel Prize is an annual award, instituted in 1956, which is presented by the city of Halle, in Germany, in honour of the celebrated Baroque composer George Frideric Handel. It is awarded, "for exceptional artistic, academic or politico-cultural services as far as these are connected with the city of Halle's Handel commemoration". The prize consists of a diploma, a gold and enamel badge, and is presented during the annual Handel Festival, Halle.

The Nordwestdeutsche Philharmonie is a German symphony orchestra based in Herford. It was founded in 1950 and, along with Philharmonie Südwestfalen and Landesjugendorchester NRW, is one of the 'official' orchestras (Landesorchester) of the state of North Rhine-Westphalia. The orchestra has been shaped by conductors such as Wilhelm Schüchter, Hermann Scherchen and Andris Nelsons, has regularly served several cities in northwest Germany, toured internationally and recorded unusual repertory. Eugene Tzigane was conductor from 2010 to 2014, succeeded by Yves Abel who was followed by Jonathon Heyward in 2021.

Bayerischer Poetentaler is a Bavarian literary prize of the writers guild Münchner Turmschreiber.

Peter Janssens was a German musician and composer who wrote and performed incidental music for several theatres, and songs and musicals of the genre Neues Geistliches Lied, a pioneer of Sacropop. He worked at a German theatre in Buenos Aires, set several works by Ernesto Cardenal to music and composed in 1992 a passion music, in memory of 500 years after the European invasion in Latin America. 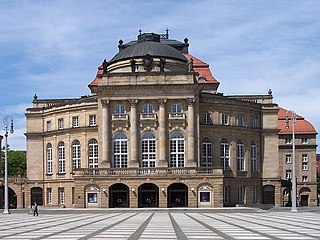 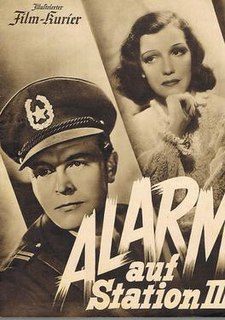 Alarm at Station III is a 1939 German crime film directed by Philipp Lothar Mayring and starring Gustav Fröhlich, Jutta Freybe and Kirsten Heiberg. It is set in a Scandinavian country with Prohibition.

Her Other Self is a 1941 German drama film directed by Wolfgang Liebeneiner and starring Hilde Krahl, Mathias Wieman, and Erich Ponto. 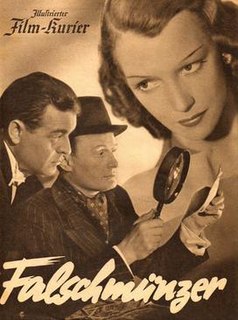