The House of Mirth is a 1981 American television film directed by Adrian Hall. It is based on Edith Wharton's 1905 novel of the same name. It stars Geraldine Chaplin as the protagonist, Lily Bart. The film was part-funded by the National Endowment for the Humanities. [1] It was broadcast on PBS' Great Performances on 2 November 1981.

Despite being born to an important family, Lily Bart is an impoverished young woman who struggles to maintain any form of lifestyle that resembles that of her rich society friends. As she approaches 30, the chances of being rescued by a rich husband are fading. She entrusts what little money she has in a man that promises to make her great gains on the stock market. However the money he gives back to her turn out to be his own and not the profit of her investments. The man believes he can buy Lily but she refuses his advances, opting to keep her honour. The place she as part of an exclusive social milieu is threatened by malicious gossip. Her financial life also remains fraught with difficulty as she struggles to adapt to a working life. [1]

Megan Rosenfeld of The Washington Post praised the casting, "For once, Geraldine Chaplin's basically expressionless face serves her well, and her performance is perhaps one of her best. For once she goes beyond the insipid, catching the confused -- and surprised -- torment of a young woman who can neither succeed within the restraints of her society nor use courage or imagination to escape from it. William Atherton is mostly handsome as her friend and fellow dilettante, Lawrence Selden. Lois Smith is wonderfully decadent as the treacherous Bertha Dorset." Rosenfeld also praised Hall for directing the film with "careful attention to period detail" and that he "proceeds subtly but surely down the path of Lily's misfortune." Rosenfeld was also positive about the costume and production design. [1]

Edith Wharton was an American novelist, short story writer, and designer. Wharton drew upon her insider's knowledge of the upper class New York "aristocracy" to realistically portray the lives and morals of the Gilded Age. In 1921, she became the first woman to win the Pulitzer Prize in Literature, for her novel The Age of Innocence. She was inducted into the National Women's Hall of Fame in 1996. Among her other well known works are the The House of Mirth and the novella Ethan Frome. 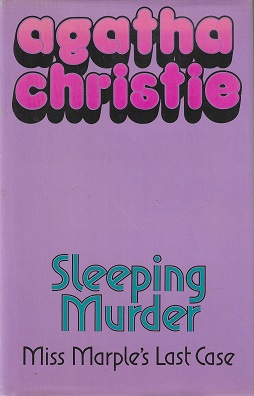 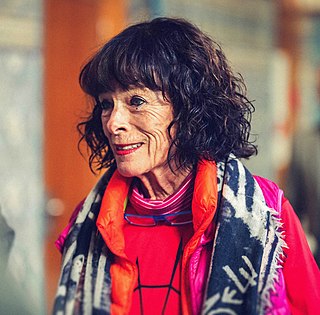 Geraldine Leigh Chaplin is an American actress. She is the daughter of Charlie Chaplin, the first of eight children with fourth wife Oona O'Neill. After beginnings in dance and modelling, she turned her attention to acting, and made her English-language acting debut in her portrayal of Tonya in David Lean's Doctor Zhivago (1965). She made her Broadway acting debut in Lillian Hellman's The Little Foxes in 1967, and received her second Golden Globe nomination for Robert Altman's Nashville (1975). She received a BAFTA nomination for her role in Welcome to L.A. (1976). She played her grandmother Hannah Chaplin in the biopic, Chaplin (1992) for which she received her third Golden Globe nomination. 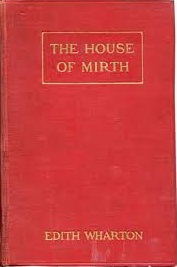 Jane Eyre is a 1996 American, British, French and Italian romantic epic and a dramatic feature film adaptation of Charlotte Brontë's 1847 novel Jane Eyre. This Hollywood version, directed by Franco Zeffirelli, is similar to the original novel, although it compresses and eliminates most of the plot in the last quarter of the book to condense it into a 2-hour movie. 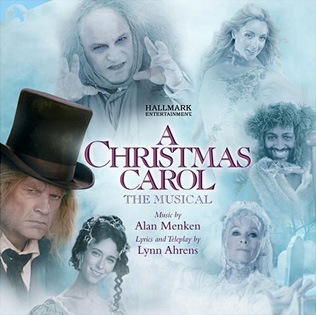 Laura Nelson Hall was an actress in theater and vaudeville stock companies in the late 19th century and early 20th century. 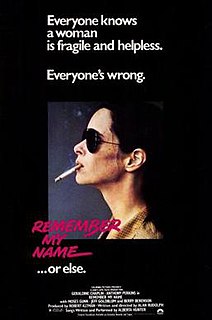 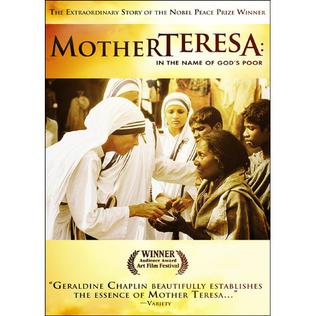 Mother Teresa: In the Name of God's Poor is a 1997 made-for-television biographical film directed by Kevin Connor and starring Geraldine Chaplin as Mother Teresa. Mother Teresa herself had approved the script but withdrew her imprimatur shortly before her death. It was broadcast on what was then known as The Family Channel on 5 October 1997.

Betty is a French psychological drama film directed by Claude Chabrol based on the homonymous novel by Georges Simenon. It was first released in France in 1992. 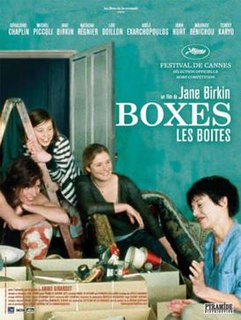 Boxes is a 2007 French film and the directorial debut of Jane Birkin. Birkin also stars alongside Geraldine Chaplin and Michel Piccoli. The film is based on Birkin's own family life, chronicling three marriages and the three children she bore from these marriages. The title alludes to the way in which she compartmentalises these relationships and stages of her life. The film was nominated for the Grand Prix at the Bratislava International Film Festival. The film was screened in Un Certain Regard at the 2007 Cannes Film Festival on 21 May. It was released in France on 6 June 2007. 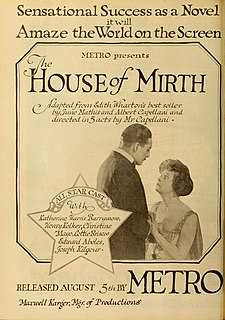 Mais ou et donc Ornicar is a 1979 French drama film directed by Bertrand Van Effenterre. The film stars Geraldine Chaplin and Brigitte Fossey. It was released in France on 28 February, 1979.

Sand Dollars is a 2014 internationally co-produced drama film directed by Laura Amelia Guzmán and Israel Cárdenas. It was selected to be screened in the Contemporary World Cinema section at the 2014 Toronto International Film Festival. The film was selected as the Dominican entry for the Best Foreign Language Film at the 88th Academy Awards but it was not nominated. In 2016, director Laura Amelia Guzmán announced she was working on a sequel called Noelí Overseas.

Rajee En Kanmani is a 1954 Indian Tamil-language romantic drama film directed by K. J. Mahadevan and produced by S. S. Vasan. The film features T. R. Ramachandran and Sriranjani Jr. in the lead roles. A remake of Charlie Chaplin's City Lights (1931), it was remade in Telugu with the title Rajee Naa Pranam in the same year. 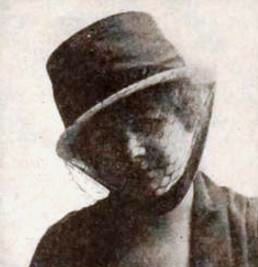 Lois Zellner was an American screenwriter active during Hollywood's silent era. She also went by the name Lois Leeson later in her career.

Hala is a 2019 American drama film written and directed by Minhal Baig. The film was screened in the U.S. Dramatic Competition section at the 2019 Sundance Film Festival, and was released in a limited theatrical release on November 22, 2019, followed by digital streaming on December 6, 2019, by Apple TV+. The film received generally positive reviews. It is based on a previous short film by Baig made in 2016 by the same name.