The novel follows the experiences of Paddy Doolan, an Irish horse wagoner and his son Michael in the Gulf Country of north-eastern Australia. [1] It is set in the early 1920s when horse-drawn transport was challenged by the advent of motor vehicles and aircraft—change which Doolan cannot accept. [2]

In 1978, the book was adapted for the screen and directed by Donald Crombie in a film of the same name. The film featured Michael Craig, Simon Burke and Robyn Nevin in the lead roles. [3]

Richard John Harris was an Irish actor and singer. He appeared on stage and in many films, notably as Frank Machin in This Sporting Life, for which he was nominated for the Academy Award for Best Actor, and as King Arthur in the 1967 film Camelot, as well as the 1981 revival of the stage musical. 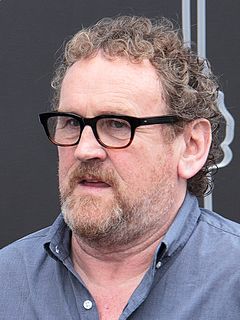 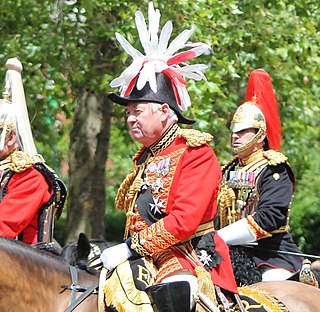 Samuel George Armstrong Vestey, 3rd Baron Vestey, is a British peer, landowner, and businessman. Lord Vestey served as Master of the Horse to The Queen.

Bush Christmas is a 1983 Australian Christmas drama film and a remake of a 1947 film of the same name, which was based on a novel by Ralph Smart and Mary Cathcart Borer. The film marked actress Nicole Kidman's first feature film role. It was filmed on location on the Lamington Plateau, Queensland. It is also notable for music by The Bushwackers.

James Palmiotti is an American writer and inker of comic books, who also does writing for games, television and film.

Steven Ernest Bernard Zaillian is an American screenwriter, director, film editor, and producer. He won an Academy Award, a Golden Globe Award and a BAFTA Award for his screenplay Schindler's List (1993) and has also earned Oscar nominations for Awakenings, Gangs of New York, Moneyball and The Irishman. He was presented with the Distinguished Screenwriter Award at the 2009 Austin Film Festival and the Laurel Award for Screenwriting Achievement from the Writers Guild of America in 2011. Zaillian is the founder of Film Rites, a film production company. In 2016, he created, wrote and directed the HBO limited series The Night Of.

Halloween is an American horror franchise that consists of eleven films, as well as novels, comic books, merchandise, and a video game. The films primarily focuses on serial killer Michael Myers who was committed to a sanitarium as a child for the murder of his sister, Judith Myers. Fifteen years later, he escapes to stalk and kill the people of the fictional town of Haddonfield, Illinois. Michael's killings occur on the holiday of Halloween, on which all of the films primarily take place. The original Halloween, released in 1978, was written by John Carpenter and Debra Hill, and directed by Carpenter. The film is known to have inspired a long line of slasher films.

The following lists events that happened during 1960 in Australia.

Bob Quinn is an Irish filmmaker, writer and photographer who directed Poitín (1978), the first feature film entirely in the Irish language. His documentary work includes Atlantean, a series of four documentaries about the origins of the Irish people. Quinn has a history of protesting the commercialisation of television, resigning from RTÉ in 1969 on that basis and resigning from the RTÉ Authority in 1999 to protest toy advertising. He received a Lifetime Achievement Award from the Irish Film Institute in 2001 and is a member of the Aosdána. 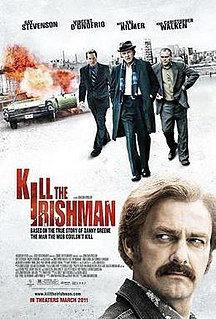 Kill the Irishman is a 2011 American biographical crime film directed by Jonathan Hensleigh, and starring Ray Stevenson, Vincent D'Onofrio, Christopher Walken, and Val Kilmer. Written by Hensleigh and Jeremy Walters, it is based on the life of the Irish-American gangster Danny Greene, and was adapted from the book To Kill the Irishman: The War That Crippled the Mafia by Rick Porrello. 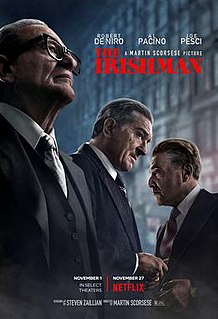 The Irishman is a 2019 American epic crime film directed and produced by Martin Scorsese and written by Steven Zaillian, based on the 2004 nonfiction book I Heard You Paint Houses by Charles Brandt. It stars Robert De Niro, Al Pacino, and Joe Pesci, with Ray Romano, Bobby Cannavale, Anna Paquin, Stephen Graham, and Harvey Keitel in supporting roles. The film follows Frank Sheeran, a truck driver who becomes a hitman involved with mobster Russell Bufalino (Pesci) and his crime family, including his time working for the powerful Teamster Jimmy Hoffa (Pacino). 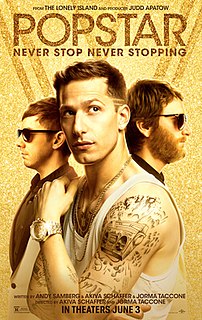 This article presents a list of the historical events and publications of Australian literature during 1960.

The Irishman is a 2019 American epic crime film directed by Martin Scorsese.