Wagons are immediately distinguished from carts (which have two wheels) and from lighter four-wheeled vehicles primarily for carrying people, such as carriages. Animals such as horses, mules, or oxen usually pull wagons. One animal or several, often in pairs or teams may pull wagons. However, there are examples of human-propelled wagons, such as mining corfs.

A wagon was formerly called a wain and one who builds or repairs wagons is a wainwright. More specifically, a wain is a type of horse- or oxen-drawn, load-carrying vehicle, used for agricultural purposes rather than transporting people. A wagon or cart, usually four-wheeled; [1] for example, a haywain, normally has four wheels, but the term has now acquired slightly poetical connotations, so is not always used with technical correctness. However, a two-wheeled "haywain" would be a hay cart, as opposed to a carriage. Wain is also an archaic term for a chariot. Wain can also be a verb, to carry or deliver, and has other meanings.

Contemporary or modern animal drawn wagons may be of metal instead of wood and have regular wheels with rubber tires instead of traditional wagon wheels.

The exact name and terminology used is often dependent on the design or shape of the wagon. If low and sideless it may be called a dray, trolley or float. When traveling over long distances and periods, wagons may be covered with cloth to protect their contents from the elements; these are "covered wagons". If it has a permanent top enclosing it, it may be called a "van".

A front axle assembly, in its simplest form, is an assembly of a short beam with a pivot plate, two wagon wheels and spindles [4] as well as a drawbar attached to this. A pin attaches the device to a chariot, a wagon or a coach, making the turning radius smaller. [5]

Wagons have served numerous purposes, with numerous corresponding designs. [5] As with motorized vehicles, some are designed to serve as many functions as possible, while others are highly specialized. This section will discuss a broad overview of the general classes of wagons; for details on specific types of wagons, see the individual links.

Farm wagons are built for general multi-purpose usage in an agricultural or rural setting. These include gathering hay, crops and wood, and delivering them to the farmstead or market. [5]

A common form found throughout Europe is the ladder wagon  [ de ], a large wagon the sides of which often consisted of ladders strapped in place to hold in hay or grain, though these could be removed to serve other needs. [5] A common type of farm wagon particular to North America is the buckboard.

Freight wagons are wagons used for the overland hauling of freight and bulk commodities. [6]

A delivery wagon is a wagon used to deliver merchandise such as milk, bread, or produce to houses or markets, as well as to commercial customers, often in urban settings. The concept of express wagons and of paneled delivery vans developed in the 19th century. [8] By the end of the 19th century, delivery wagons were often finely painted, lettered and varnished, so as to serve as advertisement for the particular business through the quality of the wagon. [9] [10] Special forms of delivery wagon include an ice wagon and a milk wagon.

Some wagons are intended to serve as mobile homes or mobile workshops. These include the Vardo, a traditional wagon of the 19th-century British Romani people.

The steam wagon, a self-powered development of the horse-drawn wagon, was a surprisingly late innovation, entering service only in the late nineteenth century.

In the city center of Schwäbisch Gmünd, Germany, since 1992 the city's plants are irrigated using a horse-drawn wagon with a water tank. [11]

Not to be confused with tank wagon.

A horse drawn wooden tank wagon is a wooden cylinder on four wagon wheels. It can carry water, liquid manure or other liquids, but not in turn in the same [12]

In warfare, large groups of supply wagons were used to support traveling armies with food and munitions, forming "baggage trains". During the American Civil War, these wagon trains would often be accompanied by the wagons of private merchants, known as sutlers, who sold goods to soldiers, as well as the wagons of photographers and news reporters. [13] Special purpose-built support wagons existed for blacksmithing, telegraphy and even observation ballooning. [14]

In migration settings, such as the emigrant trails of the American West and the Great Trek of South Africa, wagons would travel together for support, navigation and protection. A group of wagons may be used to create an improvised fort called a laager, made by circling them to form an enclosure. In these settings, a chuckwagon is a small wagon used for providing food and cooking, essentially a portable kitchen.

As a common, important element in history and life, wagons have been the subjects of artwork. Some examples are the paintings The Hay Wain and The Haywain Triptych , and on the Oregon Trail Memorial half dollar.

During a transition to mechanized vehicles from animal powered, the term wagon was sometimes used such as with the Duryea Motor Wagon. In modern times the term station wagon survives as a type of automobile. It describes a car with a passenger compartment that extends to the back of the vehicle, that has no trunk, that has one or more rear seats that can be folded making space for carrying cargo, as well as featuring an opening tailgate or liftgate. [15]

A wheel is a circular component that is intended to rotate on an axle bearing. The wheel is one of the key components of the wheel and axle which is one of the six simple machines. Wheels, in conjunction with axles, allow heavy objects to be moved easily facilitating movement or transportation while supporting a load, or performing labor in machines. Wheels are also used for other purposes, such as a ship's wheel, steering wheel, potter's wheel and flywheel. 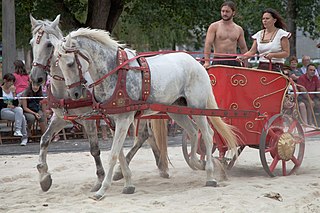 A chariot is a type of carriage driven by a charioteer, usually using horses to provide rapid motive power. The oldest known chariots have been found in burials of the Sintashta culture in modern-day Chelyabinsk Oblast, Russia, dated to c. 2000 BC. The critical invention that allowed the construction of light, horse-drawn chariots was the spoked wheel. 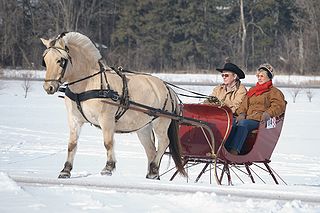 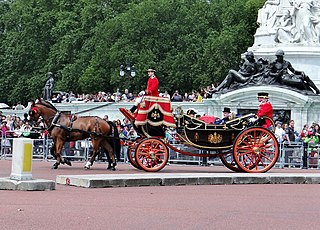 A wheelwright is a craftsman who builds or repairs wooden wheels. The word is the combination of "wheel" and the word "wright", as in shipwright and arkwright This occupational name became the English surname Wright. It also appears in surnames like Cartwright and Wainwright. It corresponds with skilful metal workers being called Smith. 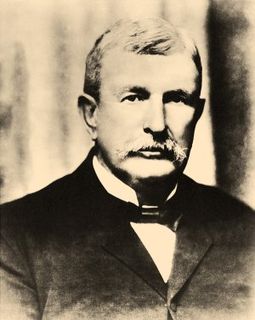 Benjamin Leroy Holt was an American inventor who patented and manufactured the first practical crawler-type tread tractor. The continuous-type track is used for heavy agricultural and engineering vehicles to spread the weight over a large area to prevent the vehicle from sinking into soft ground. He founded with his brothers the Holt Manufacturing Company.

A limber is a two-wheeled cart designed to support the trail of an artillery piece, or the stock of a field carriage such as a caisson or traveling forge, allowing it to be towed. The trail is the hinder end of the stock of a gun-carriage, which rests or slides on the ground when the carriage is unlimbered.

A gun carriage is a frame and mount that supports the gun barrel of an artillery piece, allowing it to be manoeuvred and fired.

A bullock cart or ox cart is a two-wheeled or four-wheeled vehicle pulled by oxen. It is a means of transportation used since ancient times in many parts of the world. They are still used today where modern vehicles are too expensive or the infrastructure favor them. 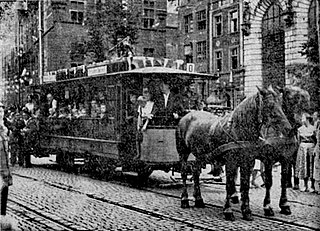 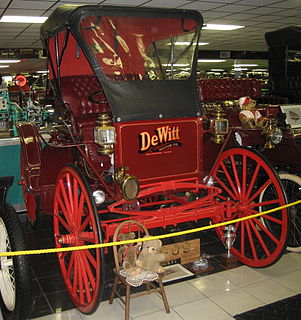 A high wheeler is a car which uses large diameter wheels that are similar to those used by horse-drawn vehicles. These cars were produced until about 1915, predominantly in the United States. 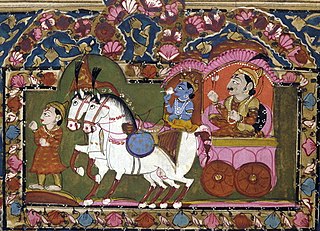 Ratha is the Indo-Iranian term for a spoked-wheel chariot or a cart of antiquity.

A vardo is a traditional horse-drawn wagon used by British Romanichal Travellers as their home. A vardo must have four wheels, with two being used for steering. Modern builds on trailers are not vardos and are considered by some to be culturally insensitive to Romi or Traveller culture. The vehicle is typically highly decorated, intricately carved, brightly painted, and even gilded. The Romanichal Traveller (Gypsy) tradition of the vardo is seen as a high cultural point of both artistic design and a masterpiece of woodcrafter's art. The heyday of the caravan lasted for roughly 70 years, from the mid-1800s through the first two decades of the twentieth century. Not used for year-round living today, they are shown at the cultural gatherings held throughout the year, the best known of which is Appleby Horse Fair.

The dandy waggon is a type of railway carriage used to carry horses on gravity trains. They are particularly associated with the narrow gauge Festiniog Railway (FR) in Wales where they were used between 1836 and 1863. 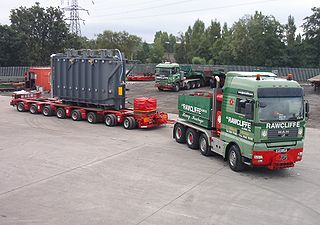 A drawbar is a solid coupling between a hauling vehicle and its hauled load. Drawbars are in common use with rail transport, road trailers, both large and small, industrial and recreational, and with agricultural equipment. 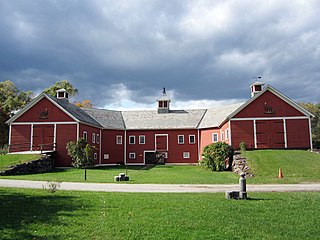 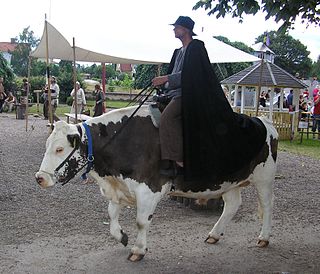