The Myrtle Beach News was founded as a weekly in 1935 by brothers-in-law C. L. Phillips and J. Clarence Macklen. They had recently started a printing business, and local merchants asked them to do a local newspaper. In 1961, it was sold to Mark Garner, publisher of Myrtle Beach's other newspaper, the Myrtle Beach Sun (started in 1950). Garner merged the two papers into The Sun News, and soon began publishing twice weekly. With the explosive growth that occurred in the next half century, as the Grand Strand became a major tourist and retirement area, the paper stepped up its publication schedule, becoming a full-fledged daily by 1977. It was eventually acquired by The State Record Company in 1973. [2]

Along with the rest of the State Record Company, it merged with the Knight Ridder newspaper chain in 1986. McClatchy became The Sun News’ parent company when it purchased Knight Ridder in June 2006. McClatchy filed for bankruptcy in 2020 and the company was purchased by Chatham Asset Management for $312 million. [3] 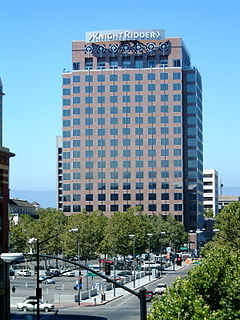 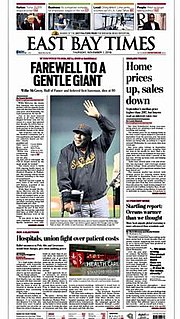 The East Bay Times is a daily broadsheet newspaper based in Walnut Creek, California, United States, owned by the Bay Area News Group (BANG), a subsidiary of Media News Group, that serves Contra Costa and Alameda counties, in the East Bay region of the San Francisco Bay Area. It was founded as the Contra Costa Times, and took its current name in 2016 when it was merged with other sister papers in the East Bay. Its oldest merged title is the Oakland Tribune founded in 1874. 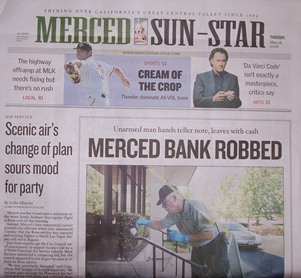 The Merced Sun-Star is a daily broadsheet newspaper printed in Merced, California, in the United States. It has an estimated circulation of 20,000 copies. The newspaper is published every day except for Sundays.

The Island Packet is a daily morning broadsheet newspaper owned by Chatham Asset Management, serving primarily the residents of southern Beaufort County, South Carolina, United States, particularly the towns of Hilton Head Island and Bluffton. Its average circulation is 18,683 on weekdays and 20,260 on Sundays.

The Florida Keys Keynoter is a twice-weekly broadsheet format newspaper owned by The McClatchy Company and is a subsidiary of the Miami Herald. It primarily serves Monroe county in the U.S. state of Florida. In addition to publishing regular issues on Wednesday and Saturday, the Keynoter also publishes the quarterly magazine Unwind. The Keynoter is a partner of the Upper Keys Reporter, which specializes in coverage of the Upper Florida Keys, including Key Largo.

The Morgan Hill Times is a weekly newspaper in Morgan Hill, California. It is Morgan Hill’s oldest continually operating business, tracing its history back to the Morgan Hill Sun, founded by George Edes on April 12, 1894.