The Widows of Eastwick

The Widows of Eastwick is the final novel by John Updike, author of the Pulitzer-prize winning "Rabbit" series. First published in 2008, it is a sequel to his novel The Witches of Eastwick . [1]

This article presents lists of the literary events and publications in 2008.

Thirty years have passed since Alexandra Spofford, Jane Smart and Sukie Rougemont terrorized the Rhode Island town of Eastwick with their witchcraft and cavorted with Darryl Van Horne, possibly the devil. All three women had remarried, left Eastwick and gradually fallen out of touch. They begin to restore their friendship as they one by one become widowed, which is implied to be the work of Jane, the most aggressive of the witches and who had pushed for the death of their romantic rival, Jenny Gabriel, who died of metastasized ovarian cancer shortly after her marriage to Van Horne. After touring the Canadian Rockies (Alexandra), Egypt (Alexandra and Jane) and China (all three), they agree to revisit Eastwick, largely out of unspoken guilt for their role in Jenny's death. While conducting a white magic spell at their rented condominium (part of Van Horne's old mansion), Jane, who had earlier been complaining of odd electric shocks, suddenly dies of an aneurysm of the aorta. Alexandra and Sukie both learn that Jenny's brother, Christopher (who had also been Van Horne's lover) killed Jane using methods involving electrons and quantum physics he learned from Van Horne. He plans to kill the other two witches next but doesn't, possibly because Sukie seduces him. Alexandra returns to New Mexico, where she previously settled with her second husband after first leaving Eastwick, and Sukie moves to Manhattan with Christopher. The novel ends with the two women happily making plans to meet up for another vacation.

Rhode Island, officially the State of Rhode Island and Providence Plantations, is a state in the New England region of the United States. It is the smallest U.S. state by area, the seventh least populous, and the second most densely populated. Rhode Island is bordered by Connecticut to the west, Massachusetts to the north and east, and the Atlantic Ocean to the south via Rhode Island Sound and Block Island Sound. It also shares a small maritime border with New York. Providence is the state capital and most populous city in Rhode Island. 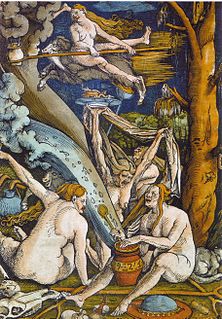 Witchcraft is the practice of magical skills and abilities. 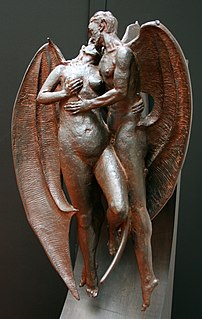 A devil is the personification of evil as it is conceived in many and various cultures and religious traditions. It is seen as the objectification of a hostile and destructive force. 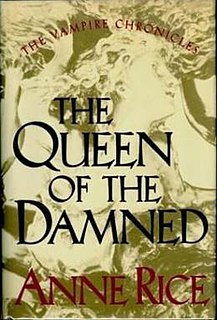 The Queen of the Damned (1988) is a horror novel by American writer Anne Rice, the third in her The Vampire Chronicles series. It follows Interview with the Vampire and The Vampire Lestat. This novel is a continuation of the story that ends in a cliffhanger in The Vampire Lestat and explores the rich history and mythology of the origin of the vampires, which dates back to Ancient Egypt. 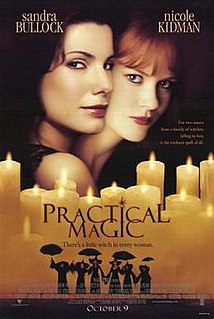 Practical Magic is a 1998 American romantic comedy fantasy film based on the 1995 novel of the same name by Alice Hoffman. The film was directed by Griffin Dunne and stars Sandra Bullock, Nicole Kidman, Stockard Channing, Dianne Wiest, Aidan Quinn, and Goran Visnjic.

Charmed is an American fantasy drama television series created by Constance M. Burge and produced by Aaron Spelling and his production company Spelling Television, with Brad Kern serving as showrunner. The series was originally broadcast by The WB for eight seasons from October 7, 1998, until May 21, 2006. The series narrative follows a trio of sisters, known as The Charmed Ones, the most powerful good witches of all time, who use their combined "Power of Three" to protect innocent lives from evil beings such as demons and warlocks. Each sister possesses unique magical powers that grow and evolve, while they attempt to maintain normal lives in modern-day San Francisco. Keeping their supernatural identities separate and secret from their ordinary lives often becomes a challenge for them, with the exposure of magic having far-reaching consequences on their various relationships and resulting in a number of police and FBI investigations throughout the series. The series initially focuses on the three Halliwell sisters, Prue, Piper and Phoebe. Following Prue's death in the third-season finale, their long-lost half sister Paige Matthews assumes her place within the "Power of Three" from season four onwards. 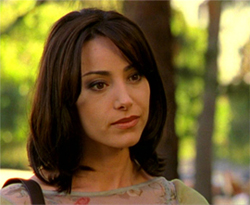 Jenny Calendar is a fictional character in the fantasy television series Buffy the Vampire Slayer (1997–2003). Played by Robia LaMorte, Jenny is the computer teacher at Sunnydale High School. Unbeknownst to Buffy or anyone else, Jenny Calendar has been sent to Sunnydale to keep an eye on Angel.

Survivors is a British post-apocalyptic fiction drama television series created by Terry Nation and produced by Terence Dudley at the BBC, that broadcast from 1975 to 1977. It concerns the plight of a group of people who have survived an apocalyptic plague pandemic, which was accidentally released by a Chinese scientist and quickly spread across the world via air travel. Referred to as "The Death", the plague kills approximately 4,999 out of every 5,000 human beings on the planet within a matter of weeks of being released. 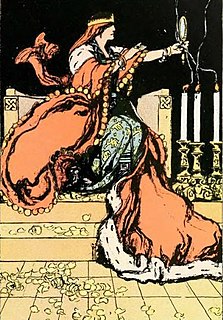 The Evil Queen, also called the Wicked Queen, is a fictional character and the main antagonist of "Snow White", a German fairy tale recorded by the Brothers Grimm; similar stories are also known to exist in other countries. Other versions of the Queen appear in "Snow White" derivative works, and the character has also become an archetype for unrelated works of fiction. 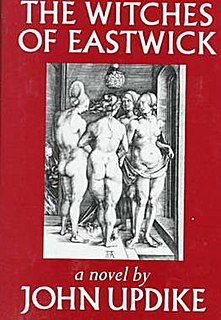 The Witches of Eastwick is a 1984 novel by American writer John Updike. A sequel, The Widows of Eastwick, was published in 2008.

Elphaba Thropp is a fictional character in Wicked: The Life and Times of the Wicked Witch of the West by Gregory Maguire, as well as in the Broadway and West End adaptations, Wicked.

Dempsey and Rowe is the musical theatre composition team of Ohioans John Dempsey (lyricist) and Dana P. Rowe (composer). They have completed four shows to-date: The Reluctant Dragon, Zombie Prom (1996) The Fix (1997) and The Witches of Eastwick (2000).

The Witches is a 1990 dark fantasy comedy film directed by Nicolas Roeg and starring Anjelica Huston, Mai Zetterling, Rowan Atkinson, and Jasen Fisher, based on the 1983 children's novel of the same title by Roald Dahl. As in the original novel, the story features evil witches who masquerade as ordinary women and kill children, and a boy and his grandmother need to find a way to foil and destroy them. 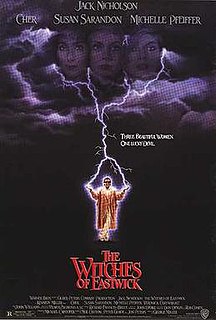 The Witches of Eastwick is a 2000 musical based on the novel of the same name by John Updike. It was adapted by John Dempsey and Dana P. Rowe (music), directed by Eric Schaeffer, and produced by Cameron Mackintosh.

The Witches of Warboys were Alice Samuel and her family, who were accused of, and executed for witchcraft between 1589 and 1593 in the village of Warboys, in the fens of England. It was one of many witch trials in the early modern period, but scholar Barbara Rosen claims it "attracted probably more notice than any other in the sixteenth century".

Janet Horne was a woman from Scotland accused of witchcraft, and the last person to be executed legally for witchcraft in the British Isles. 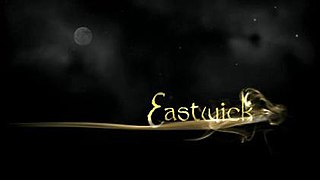 Eastwick is an American fantasy comedy-drama television series based on John Updike's novel The Witches of Eastwick which aired on ABC from September 23 until December 30, 2009. The series was developed by Maggie Friedman, and starred Paul Gross as the infamous Darryl Van Horne, alongside Jaime Ray Newman, Lindsay Price, and Rebecca Romijn as the eponymous witches.

The Samlesbury witches were three women from the Lancashire village of Samlesbury – Jane Southworth, Jennet Bierley, and Ellen Bierley – accused by a 14-year-old girl, Grace Sowerbutts, of practising witchcraft. Their trial at Lancaster Assizes in England on 19 August 1612 was one in a series of witch trials held there over two days, among the most famous in English history. The trials were unusual for England at that time in two respects: Thomas Potts, the clerk to the court, published the proceedings in his The Wonderfull Discoverie of Witches in the Countie of Lancaster; and the number of the accused found guilty and hanged was unusually high, ten at Lancaster and another at York. All three of the Samlesbury women were acquitted however.