The Wrecker (German : Der Würger) is a 1929 British-German silent crime film directed by Géza von Bolváry and starring Carlyle Blackwell, Joseph Striker, and Benita Hume. The film was based on the play of the same title by Arnold Ridley. It was produced by Michael Balcon for Gainsborough Pictures in a co-production with the German firm Felsom Film.

A criminal referred to by the press as "The Wrecker" is orchestrating accidents on Britain's railways. One such accident occurs on the (fictional) United Coast Lines Railway, whose train is carrying Roger Doyle (Joseph Striker), who has retired from cricket to work on the railway. Roger survives, and reports the accident to his uncle, Sir Gerald Bartlett (Winter Hall), the managing director of the railway, and his assistant, the sly Ambrose Barney (Carlyle Blackwell). Unbeknownst to them, Ambrose is The Wrecker, and is also the head of the Kyle Motor-Coach Company, whose buses are introduced on services where The Wrecker has struck, hoping to frighten passengers off of the trains and onto buses. When Sir Gerald becomes suspicious of Ambrose following yet another accident, he is shot dead.

After receiving a tip-off from one of Ambrose's employees, Roger and bumbling detective Ramesses Ratchett (Leonard Thompson) foil another planned accident, much to the delight of the press. Ambrose, enraged at being foiled, plans another accident, but his conversation is recorded onto a wax cylinder by Roger and his girlfriend, Mary Shelton (Benita Hume), Sir Gerald's secretary who had been on the train that Roger had saved from disaster. On hearing the wax cylinder that exposes his crimes, Ambrose shoots the phonograph, destroying the cylinder, and flees from Roger and Mary, only to find himself on the very train that is to be wrecked. Ambrose holds Roger at gunpoint, but is attacked from behind by Mary and subdued, and the train is brought to a safe halt. With Ambrose defeated, Roger and Mary profess their love for each other, disappearing in a cloud of steam as the train reverses away.

The film was shot as a silent, with a soundtrack was later added. The crash scene was filmed at Herriard on the Basingstoke and Alton Light Railway. A set of SECR coaches and a SECR F1 Class locomotive No. A148 were released on an incline to collide into a Foden steam lorry. [1] The impact, which destroyed the locomotive and the lorry, was recorded by 22 cameras and has been described as "the most spectacular rail crash in cinema history." [2]

The film has been restored, with a new musical score by the composer Neil Brand. On 26 November 2009 it was launched at a special screening at the Watercress Line, a heritage railway close to where the filming took place. [2] The film was released on DVD in the UK on 16 November 2009.

East Lynne is an English sensation novel of 1861 by Ellen Wood, writing as Mrs Henry Wood. A Victorian best-seller, it is remembered chiefly for its elaborate and implausible plot, centring on infidelity and double identities. There have been numerous stage and film adaptations. 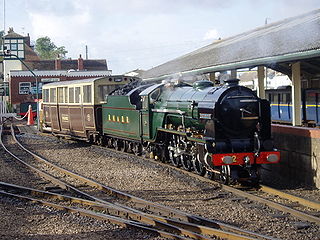 Aldbury is a village and civil parish in Hertfordshire, England, near the borders of Bedfordshire and Buckinghamshire in the Bulbourne valley close to Ashridge Park. The nearest town is Tring. Uphill from the narrow valley are the Bridgewater monument and the Ashridge estate. It is noted for its picturesque setting and has been referred to as a "chocolate-box" village due to its traditional appearance.

Bentworth is a village and civil parish in the East Hampshire district of Hampshire, England. The nearest town is Alton, which lies about 3 miles (5 km) east of the village. The parish covers an area of 3,763 acres (15.23 km2) and at its highest point is King's Hill, 716 feet (218 m) above sea level. According to the 2011 census, Bentworth had a population of 553. It lies on the edge of the East Hampshire Hangers.

The Thirteen Problems is a short story collection by British writer Agatha Christie, first published in the UK by Collins Crime Club in June 1932 and in the US by Dodd, Mead and Company in 1933 under the title The Tuesday Club Murders. The UK edition retailed at seven shillings and sixpence (7/6) and the US edition at $2.00. The thirteen stories feature the amateur detective Miss Marple, her nephew Raymond West, and her friend Sir Henry Clithering. They are the earliest stories Christie wrote about Miss Marple. The main setting for the frame story is the fictional village of St Mary Mead.

Philip Merivale was an English film and stage actor and screenwriter.

This article is about the particular significance of the year 1851 to Wales and its people.

The Wrecker is a British play, written in 1924 by Arnold Ridley and Bernard Merivale, and filmed in 1928-29.

Leave It to Me! is a 1938 musical produced by Vinton Freedley with music and lyrics by Cole Porter. The book was a collaborative effort by Samuel and Bella Spewack, who also directed the Broadway production. The musical was based on the play Clear All Wires by the Spewacks, which was performed on Broadway for 93 performances in 1932, and which was filmed in 1933, starring Lee Tracy, Benita Hume, Una Merkel and James Gleason. 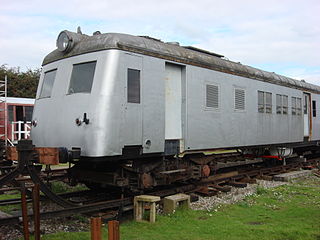 Advanced steam technology reflects an approach to the technical development of the steam engine intended for a wider variety of applications than has recently been the case. Particular attention has been given to endemic problems that led to the demise of steam power in small- to medium-scale commercial applications: excessive pollution, maintenance costs, labour-intensive operation, low power/weight ratio, and low overall thermal efficiency; where steam power has generally now been superseded by the internal combustion engine or by electrical power drawn from an electrical grid. The only steam installations that are in widespread use are the highly efficient thermal power plants used for generating electricity on a large scale. In contrast, the proposed steam engines may be for stationary, road, rail or marine use. 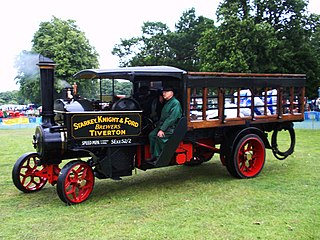 A steam wagon is a steam-powered truck for carrying freight. It was the earliest form of lorry (truck) and came in two basic forms: overtype and undertype, the distinction being the position of the engine relative to the boiler. Manufacturers tended to concentrate on one form or the other. 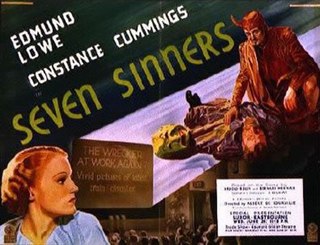 Seven Sinners is a 1936 British thriller film directed by Albert de Courville and starring Edmund Lowe, Constance Cummings and Felix Aylmer. In the U.S. it was known under this title and also as Doomed Cargo. The screenplay concerns an American detective and his sidekick, who travel from France to England to take on a gang of international criminals.

The SECR F1 class was a class of 4-4-0 steam locomotives of the South Eastern and Chatham Railway. The class was rebuilt from older Stirling F class locomotives by Harry Wainwright between 1903 and 1919.