Fogg was educated at Queens' College, Cambridge [3] After Curacies in Leeds, Uffington and High Ercall he went out to South Africa in 1874. [4] On his return to England in 1902 he held incumbencies at Chaldon Herring then Coombe Keynes.

William Thomas Parr Brymer was Archdeacon of Bath from his installation on 1 April 1840 until his death on 19 August 1852.

James George Reginald Darling was Archdeacon of Suffolk from 1919 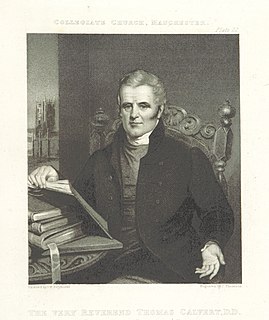 Thomas Frederick Buckton was an Anglican Archdeacon in the Mediterranean from 1922 until his death.

Thomas Dealtry (1825–1882) was an Anglican archdeacon in India in the mid-19th century. Dealtry was the son of Thomas Dealtry, bishop of Madras. He was educated at Trinity College, Cambridge and ordained in 1849. After curacies in Raydon and Brenchley he went as a chaplain to the East India Company in Madras, where he was archdeacon from 1861 to 1871. Returning to England he held incumbencies in Swillington and Maidstone. He is credited with being the originator of the custom of throwing rice at a newly married couple, which he had seen in India. He died on 29 November 1882.

The Venerable George Henry Cameron was an Anglican archdeacon in Africa during the first half of the 20th century.

Edward Mellish was an Anglican priest in the late 18th and early 19th centuries.

The Ven. Wilfrid Langton Kissack was an Anglican priest in the Caribbean in the first half of the 20th century.

James Hay Upcher was Archdeacon of Mashonaland from 1925 until his death.

Henry Bond, LL.D was an academic in the second half of the 19th century and first decades of the 20th.

Edward Anthony Beck was a British academic in the last third of the 19th century and the first decades of the 20th.

John Pulling DD was a British academic in the mid 19th century.

Thomas Le Blanc, F.S.A. was a lawyer and academic in the first half of the nineteenth century.

John Charles Horobin (1856–1902) was a British academic. He was the first Principal of Homerton College, Cambridge.