Rev. Thomas Walker Horsfield FSA (christened 2 December 1792, Sheffield - 26 August 1837, Chowbent, Lancashire), was an English Nonconformist minister, topographer, and historian best known for his works The History and Antiquities of Lewes (1824-26) and The History, Antiquities and Topography of the County of Sussex (1835).

He was the eldest of six children of James Horsfield and Ann Hewett who were married 29 July 1790 in St Peter's Cathedral, Sheffield, Yorkshire. [1]

Horsfield was minister at the Westgate Chapel in Lewes, later changed from Presbyterian to Unitarian. He found time from his ministerial duties to take on pupils. [2]

In 1835, Horsfield was appointed to succeed Benjamin Rigby Davis as Presbyterian minister at the Chowbent Chapel, Atherton, Lancashire.

His History of Sussex in two volumes became a standard reference work for later Sussex historians.

Horsfield compiled for John Baxter The History and Antiquities of Lewes and its vicinity (with an appendix, an Essay on the Natural History of the District by Gideon Mantell), two vols. Lewes, 1824–7. This was followed by a more major undertaking, The History and Antiquities and Topography of the County of Sussex, two vols. Lewes, 1835. For the first volume, which contains East Sussex, Horsfield was assisted by William Durrant Cooper; the second volume, on West Sussex, is mainly an abridgment of the histories of James Dallaway and Edmund Cartwright (1773–1833). [2]

Roger de Montgomery, also known as Roger the Great de Montgomery, was the first Earl of Shrewsbury, and Earl of Arundel, Sussex. His father was Roger de Montgomery, seigneur of Montgomery, and was a relative, probably a grandnephew, of the Duchess Gunnor, wife of Duke Richard I of Normandy. The elder Roger had large holdings in central Normandy, chiefly in the valley of the Dives, which the younger Roger inherited. 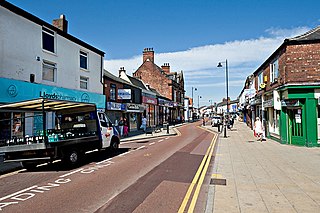 Atherton is a town in the Metropolitan Borough of Wigan, in Greater Manchester, England and historically a part of Lancashire. The town, including Hindsford, Howe Bridge and Hag Fold, is 5 miles (8.0 km) east of Wigan, 2 miles (3.2 km) north of Leigh, and 10+3⁄4 miles (17.3 km) northwest of Manchester. From the 17th century, for about 300 years, Atherton was known as Chowbent, which was frequently shortened to Bent, the town's old nickname.

Gundred or Gundreda was the Flemish-born wife of an early Norman baron, William de Warenne, 1st Earl of Surrey. She and her husband established Lewes Priory in Sussex.

George O'Brien Wyndham, 3rd Earl of EgremontFRS of Petworth House in Sussex and Orchard Wyndham in Somerset, was a British peer, a major landowner and a great art collector. He was interested in the latest scientific advances. He was an agriculturist and a friend of the agricultural writer Arthur Young, and was an enthusiastic canal builder who invested in many commercial ventures for the improvement of his estates. He played a limited role in politics. 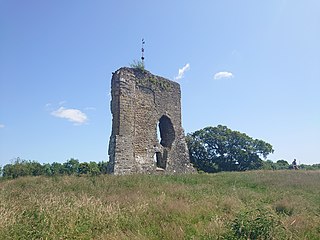 The medieval Knepp Castle is to the west of the village of West Grinstead, West Sussex, England near the River Adur and the A24. The name is thought to come from the Old English word "cnæp", referring to the mound on which it stands. The land around the castle is now the site of Knepp Wildland. 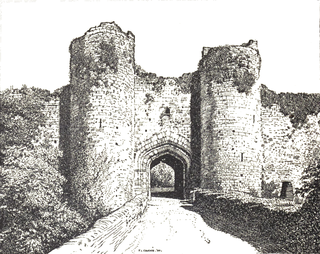 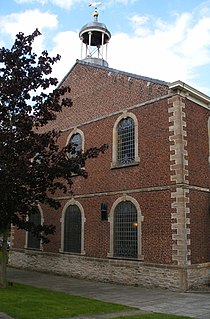 Chowbent Chapel is an active Unitarian place of worship in Atherton, Greater Manchester, England. It was built in 1721 and is the oldest place of worship in the town. It is a member of the General Assembly of Unitarian and Free Christian Churches, the umbrella organisation for British Unitarians. The chapel was granted Grade II* Listed status in 1966.

Joseph Nightingale was a prolific English writer and preacher. He was particularly noted for his topographic writing and his interest in shorthand.

James Wood (1672–1759) was a Presbyterian minister of the first Atherton and Chowbent Chapels in Atherton, Greater Manchester, England. During the Jacobite rising, he was given the title "the General" for leading a force of men that routed the Highlanders.

Thomas Kitson Cromwell (1792–1870) was an English dissenting minister and antiquary.

William Durrant Cooper (1812–1875) was an English lawyer and antiquary.

St Mary Our Lady is the parish church of Sidlesham in West Sussex, England. The church is down a short lane off the Chichester to Selsey road, by some thatched cottages. The current church originates from around 1200, probably on the site of an earlier Saxon church. 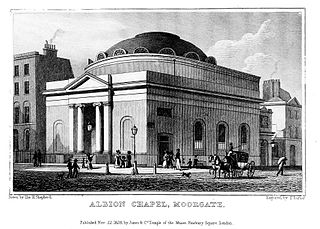 Albion Chapel was a Scottish Presbyterian chapel in the City of London, near Finsbury Circus, on the corner of London Wall and Finsbury Pavement. It was established by Reverend Alexander Fletcher on the site of the old Bethlem Royal Hospital in 1815 and demolished in 1879. It was designed by the noted architect William Jay (1792/3-1837), who later became a leading architect in the United States.

The abulci were a Roman auxiliary company (numerus) mentioned in the Notitia Dignitatum as composing part of the garrison of the Saxon Shore Fort of Anderida – the title of one position is listed as "Praepositus numeri Abulcorum, Anderidos". The unit may have been recruited from the territory of Abula in Hispania Tarraconensis, although a Gaulish origin has also been suggested.