Thomasin Harcourt McKenzie (born 26 July 2000) is a New Zealand actress. After a minor role in The Hobbit: The Battle of Five Armies , she rose to critical prominence after portraying the young daughter of a military veteran in Debra Granik's drama film Leave No Trace (2018). [1] [2] She continued gaining recognition with supporting roles in the 2019 films The King , Jojo Rabbit , and True History of the Kelly Gang . [3] In 2021, she starred in M. Night Shyamalan's thriller Old , and played Eloise, a wide-eyed woman from Cornwall, in Edgar Wright's psychological horror film Last Night in Soho .

Thomasin Harcourt McKenzie was born in Wellington, New Zealand, [4] to actress Miranda Harcourt and director Stuart McKenzie. She is the granddaughter of actress Dame Kate Harcourt and Peter Harcourt. Peter's family founded the real estate company Harcourts International in Wellington. [5] She has an elder brother and a younger sister, actress Davida McKenzie. She completed her secondary education at Samuel Marsden Collegiate School in 2018. [1]

After appearing with her brother in the film Existence (2012), McKenzie portrayed a teenager Louise Nicholas in the television film Consent: The Louise Nicholas Story (2014). In 2015, she played Pixie Hannah in the soap opera Shortland Street . The following year, she played the titular character in the children's comedy web series Lucy Lewis Can't Lose .

She first gained recognition for her portrayal as a daughter of a war veteran in Debra Granik's Leave No Trace (2018). Her performance received critical acclaim and won her the National Board of Review Award for Breakthrough Performance. In 2019, McKenzie joined the ensemble cast of Netflix's The King as Queen Philippa of Denmark, starring alongside Timothée Chalamet, Joel Edgerton and Robert Pattinson. She next played the role of a young Jewish girl who hides in the home of the title character in Taika Waititi's satirical comedy-drama Jojo Rabbit (2019).

In August 2018, McKenzie was originally cast in Top Gun: Maverick , but dropped out of the film after signing onto Lost Girls (2020). In 2021, she starred in the M. Night Shyamalan's thriller Old , and played the lead character in Edgar Wright's psychological horror film Last Night in Soho , opposite Anya Taylor-Joy. [6] That same year, she joined John Crowley's televised adaptation of Kate Atkinson's novel Life After Life for BBC Two, which premiered in 2022. [7]

In May 2021, it was announced that she would portray American gymnast Kerri Strug in Olivia Wilde's Perfect. She is also set to star in Eileen, alongside Anne Hathaway. [8] 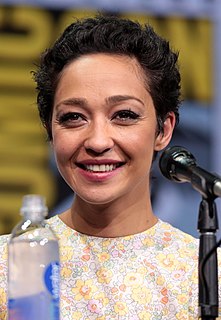 Ruth Negga is an Irish actress known for the AMC television series Preacher and the film Loving. For her portrayal of Mildred Loving in the latter, Negga received several major nominations from the Academy Awards, British Academy Film Awards and the Golden Globe Awards, and won the Irish Film and Television Award for Best Actress. In 2022, Negga made her Broadway debut in a production of Shakespeare's Macbeth as Lady Macbeth, and earned a nomination for the Tony Award for Best Performance by a Leading Actress in a Play. 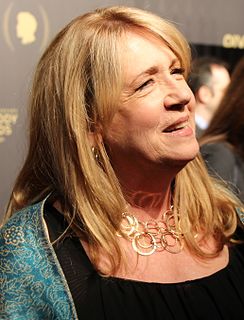 Emilia Annis I. Jones is an English actress. She played the lead role of Ruby Rossi in the Academy Award-winning 2021 film CODA. She has received several accolades, including a Screen Actors Guild Award and a nomination for a BAFTA Award. 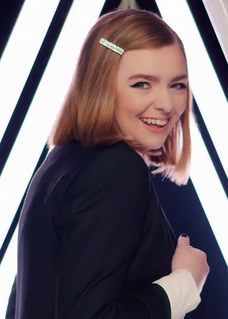 Elsie Kate Fisher is an American actress. She is known for her starring role in Bo Burnham's comedy-drama film Eighth Grade (2018), for which she earned a nomination for the Golden Globe Award for Best Actress – Motion Picture Comedy or Musical. Fisher is also known for voicing animated characters such as Agnes in Despicable Me (2010) and Despicable Me 2 (2013), Masha in Masha and the Bear (2009–2012) and Parker Needler in The Addams Family (2019).

Alana Mychal Haim is an American musician and actress. She is best known as a member of the pop rock band Haim, along with her two older sisters Este and Danielle, where she performs piano, guitar and vocals. In 2020, the band received a Grammy Award for Album of the Year nomination for their third album, Women in Music Pt. III.

On the Rocks is a 2020 American comedy-drama film written and directed by Sofia Coppola. It follows a father and daughter as they harbor suspicions about her husband's fidelity. It had its world premiere at the New York Film Festival on September 22, 2020. It received a limited theatrical release on October 2, 2020, by A24, followed by digital streaming on October 23, 2020, by Apple TV+. It received positive reviews from critics, who noted it as lighter than Coppola's previous films, and praised Murray’s performance. The film was released on Blu-ray and DVD on October 26, 2021, by Lionsgate Home Entertainment.

Kemp Powers is an American filmmaker and playwright. He is best known for his work on the play One Night in Miami, the 2020 film adaptation of the same name, and Soul. His screenplay for One Night in Miami... earned him a Best Adapted Screenplay nomination at the 93rd Academy Awards in April 2021. His work on Soul meant that Powers became the first African-American to co-direct a Disney animated feature.

Spencer is a 2021 historical psychological drama film directed by Pablo Larraín from a screenplay by Steven Knight. The film is about Princess Diana's existential crisis during the Christmas of 1991, as she considers divorcing Prince Charles and leaving the British royal family. Kristen Stewart and Jack Farthing star as Diana and Charles respectively, joined by Timothy Spall, Sean Harris, and Sally Hawkins. 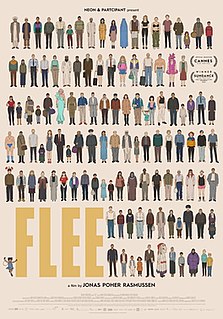 Flee is a 2021 adult animated documentary film directed by Jonas Poher Rasmussen. An international co-production with Denmark, France, Norway, and Sweden. It follows the story of a man under the alias Amin Nawabi, who shares his hidden past of fleeing his home country of Afghanistan to Denmark for the first time. Riz Ahmed and Nikolaj Coster-Waldau serve as executive producers and narrators for the English-language dub version.

Ari Wegner, ACS, is an Australian cinematographer. Her work includes films such as Lady Macbeth (2016), True History of the Kelly Gang (2019), and Zola (2020). In 2021, she served as cinematographer on The Power of the Dog for which she received widespread critical acclaim including an Academy Award nomination for Best Cinematography, becoming only the second woman to do so in the award's 94-year history. 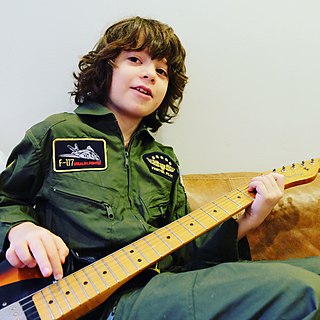 Woody Ace Norman is an English child actor. He is best known for his role as Jesse in the film C'mon C'mon (2021), for which he received a BAFTA nomination for Best Supporting Actor. On television, he appeared in the Starz adaptation of The White Princess (2017), the BBC and Netflix miniseries Troy: Fall of a City (2018), and series 5 of Poldark (2019).

Wikimedia Commons has media related to Thomasin McKenzie .
This page is based on this Wikipedia article
Text is available under the CC BY-SA 4.0 license; additional terms may apply.
Images, videos and audio are available under their respective licenses.