The ride opened in June 2013 as a replacement for the Vikingtoktet motion simulator attraction which closed five years prior. Aside from a 3D cinema, Thor's Hammer is the only dark ride at Tusenfryd. It was nominated for a European Star Award in 2013.

In late 2008, Tusenfryd closed its Vikingtoktet motion simulator attraction which was located inside a cave. With a 1,200 square metres (13,000 sq ft) indoor area now vacant, park officials spent two years planning what a replacement attraction might be. [1] In October 2012, Project Mjølner was announced by the park. [2] Mjølner is the hammer of Thor, the Norse god of thunder. P&P Projects was contracted to design and build the ride, with a motion-based ride system being developed by ETF Ride Systems. [3] [4] After eight months of design and construction, Thor's Hammer officially opened to the public on June 22, 2013. [1] [5] Aside from the park's Alterface 3D Cinema, Nightmare, Thor's Hammer is Tusenfryd's only dark ride. [5]

Riders enter a cave to join the queue for Thor's Hammer. Once riders have boarded a vehicle it departs the station. It navigates along a 200-metre-long (660 ft) track through eleven scenes consisting of physical scenery and ten 3D screens. Pieces of physical scenery are distributed between the 3D screens to minimise the effects of transitting between the screens. The ride's story is a prequel to the Norwegian mythological story Ragnarök, a battle where Thor and his half-brother Loki are killed. Riders are tasked to retrieve Thor's hammer, which Loki has stolen. Throughout the ride, other mythological beings including Fenrir, a monstrous wolf; Surtr, a giant; and Jörmungandr, a sea serpent make appearances. [5] One cycle of the ride lasts approximately four minutes. [4] [6]

The ride system used on Thor's Hammer is a first-of-its-kind system developed by ETF Ride Systems. [7] At the 2012 IAAPA Trade Show in Orlando, Florida, ETF showcased a prototype trackless motion-based ride system, confirming a track-based version would be installed at Tusenfryd. [8] The eleven six-seater vehicles on Thor's Hammer each feature two degrees of freedom: pitching and rolling. [5] The vehicles can travel at a top speed of 1.8 metres per second (5.9 ft/s), spin at a rate of 10 revolutions per minute, and tilt plus or minus 8°. [5]

P&P Projects' Philipp van Stratum compares the ride system to that of The Amazing Adventures of Spider-Man . At the time of the ride's installation in 1999, the cost of such a system would be prohibitive for most parks. He states, "the falling price of technology has made these kinds of attractions much more affordable and we can confirm that the budget for Tusenfryd is a fraction of what was paid for Spider-Man all those years ago; however we have still aim to put the bar very high." [3] Ruud Koppens of ETF Ride Systems has echoed this sentiment. [8]

In 2013, Thor's Hammer was nominated for an IAAPA-presented European Star Award for best dark ride. [9] The ride got second place after Etnaland's Haunted School won the category. [10] [11] 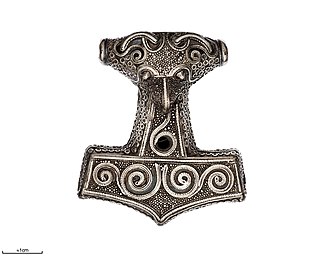 Mjölnir is the hammer of the thunder god Thor in Norse mythology, used both as a devastating weapon and as a divine instrument to provide blessings. The hammer is attested in numerous sources, including 11th century runic Kvinneby amulet, the Poetic Edda, a collection of eddic poetry compiled in the 13th century, and the Prose Edda, a collection of prose and poetry compiled in the 13th century. The hammer was commonly worn as a pendant during the Viking Age in the Scandinavian cultural sphere, and Thor and his hammer occur depicted on a variety of objects from the archaeological record. Today the symbol appears in a wide variety of media and is again worn as a pendant by various groups, including adherents of modern Heathenry.

Thor's Hammer is a weapon in Norse mythology. 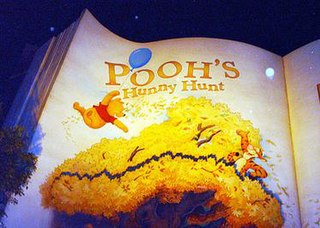 Pooh's Hunny Hunt is a unique trackless dark ride located at Tokyo Disneyland. It is based on the 1977 Disney animated film The Many Adventures of Winnie the Pooh.

The Funtastic World of Hanna-Barbera was a simulator ride at Universal Studios Florida and one of the park's original attractions. The story line tells that Dick Dastardly and Muttley have kidnapped Elroy Jetson, Yogi Bear and Boo-Boo give chase and the audience is in for the ride of their lives. The attraction opened in 1990 and was removed in 2002.

Alterface Projects is a manufacturer of interactive and media-based attractions, offering interactive technologies and turnkey solutions. Founded in 2001 and headquartered in Belgium, Europe, Alterface operates globally with US office and Asian branches in Beijing and Xiamen, China. Alterface creates and builds turnkey interactive mixed-media attractions for dark rides, spinning & duelling theatres and walkthroughs.

Scooby-Doo's Haunted Mansion is a Scooby-Doo-themed interactive dark ride series created by Sally Corporation based on Hanna-Barbera's long-running animated television series. The ride transports guests in a vehicle equipped with light guns that are used to shoot at various targets to collect points throughout the ride. At its peak, the ride model was located at seven amusement parks around the world including Canada's Wonderland, the location of the first installation that debuted in 2000. Initially known under a variety of names, the ride's Scooby-Doo theme has been replaced by Boo Blasters on Boo Hill at several locations and removed from others. The last remaining installation is La Aventura de Scooby-Doo at Parque Warner Madrid in Madrid, Spain.

Tusenfryd is an amusement park at Vinterbro, Norway. The park is located 20 kilometers south of Oslo. Two of the longest motorway corridors in Norway, E6 and E18, meet nearby Tusenfryd and the park is located on the west side near where they meet. SpeedMonster, SuperSplash, ThunderCoaster and SpaceShot make the park visible from the motorway. The park was officially opened on 11 June 1988, after a construction period of 18 months. The park is owned by Parques Reunidos S.A., located in Madrid, Spain. Bjørn Håvard Solli is the park's CEO. The park has 31 attractions and has 500,000 visitors per year.

Triotech is a manufacturer in out-of-home multi-sensory interactive attractions. Since 2006, TRIOTECH has operated its own studio to develop custom content for its attractions. Founded in 1999, TRIOTECH is a privately held company based in Canada with offices in the US, Europe, and China. with research and development facilities as well as a movie studio in Montreal, Quebec. 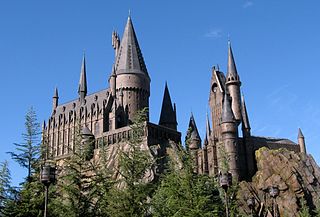 Antarctica: Empire of the Penguin is a theme area at SeaWorld Orlando featuring a motion-based, trackless dark ride and a penguinarium. The Antarctica-themed area is spread across 4 acres (1.6 ha) inside SeaWorld Orlando. 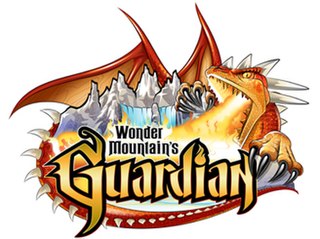 ARTHUR is an inverted-spinning dark ride roller coaster at Europa-Park in Rust, Germany. The attraction opened in spring 2014 as part of the wider "ARTHUR - In the Minimoys Kingdom" area themed after the Arthur series of books and films by Luc Besson.

RoboCoaster Ltd is an amusement ride design firm based in Warwickshire, England. Through partnerships with KUKA and Dynamic Attractions, RoboCoaster has installed its namesake products at locations around the world.

Justice League: Battle for Metropolis is an Interactive dark ride located at several Six Flags theme parks across North America. The ride is a collaboration between Sally Dark Rides, Alterface, Oceaneering International, and Pure Imagination Studios, and is themed to the Justice League, DC Comics' famous team of superheroes. 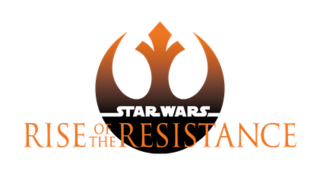 Star Wars: Rise of the Resistance is an attraction at Star Wars: Galaxy's Edge at Disney's Hollywood Studios and Disneyland. The attraction—a combined trackless dark ride, walk-through, motion simulator, and drop ride system—puts guests into the middle of an altercation between the Resistance and the First Order. Featuring four interworking ride systems in conjunction with Audio-Animatronics, practical sets, projection mapping and screen-based media, Rise of the Resistance is one of the most complex and advanced attractions designed by Walt Disney Imagineering. 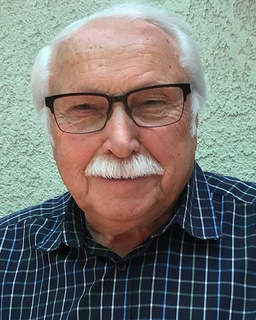 Eduard Feuer is an American mechanical engineer and Imagineer. His most notable works as project engineer are the American Adventure and World of Motion pavilions for Walt Disney's EPCOT Center, the Disneyland Mark V and Walt Disney World Mark IV monorails, as well as the Great Bronze Doors of the Cathedral of Our Lady of the Angels in Los Angeles, California.