Thrifty Foods (Thrifty's for short) is a chain of supermarkets located in British Columbia, Canada.

Thrifty Foods was founded by Alex Campbell and Ernie Skinner in 1977 when the first store was opened in Victoria's Fairfield neighbourhood. As of June 2018 [update] , the chain operates 25 stores, with 2 more under construction on Vancouver Island and the Lower Mainland.[ citation needed ] It is the largest supermarket chain on Vancouver Island. In 2007 it became a division of Sobeys which operated independently of the larger company initially, before being fully integrated.

Since 2004, it has operated an on-line grocery service on Vancouver Island. The online ordering system extends into the Metro Vancouver area. [1]

The company has an annual scholarship program that gives out $1500 to 20 students that are part of the company's web, either directly or indirectly.[ citation needed ]

On April 14, 2014, Overwaitea Food Group took over three Thrifty Foods locations including Brooks Landing in Nanaimo, Abbotsford, and Sapperton at New Westminster via an acquisition to ensure that Sobeys does not become a monopoly in the region.[ citation needed ]

British Columbia (BC) is the westernmost province in Canada, located between the Pacific Ocean and the Rocky Mountains. With an estimated population of 5.1 million as of 2020, it is Canada's third-most populous province. The capital of British Columbia is Victoria, the fifteenth-largest metropolitan region in Canada, named for Queen Victoria, who ruled during the creation of the original colonies. The largest city is Vancouver, the third-largest metropolitan area in Canada, the largest in Western Canada, and the second-largest in the Pacific Northwest. In October 2013, British Columbia had an estimated population of 4,606,371. The province is currently governed by the British Columbia New Democratic Party, led by John Horgan, in a minority government with the confidence and supply of the Green Party of British Columbia. Horgan became premier as a result of a no-confidence motion on June 29, 2017. 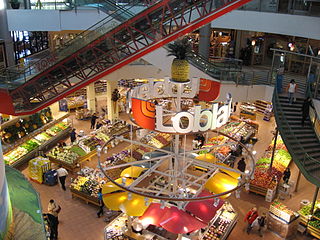 Sobeys Inc. is the second largest food retailer in Canada, with over 1,500 stores operating across Canada under a variety of banners. Headquartered in Stellarton, Nova Scotia, it operates stores in all ten provinces and accumulated sales of more than $25.1 billion CAD in the fiscal 2019 operating year. It is a wholly owned subsidiary of Empire Company Limited, a Canadian conglomerate.

T & T Supermarket is a Canadian supermarket chain that sells primarily Asian foods. The supermarket chain is headquartered in Richmond, British Columbia. In 1993, the first T & T was opened in Burnaby's Metropolis at Metrotown, a shopping centre in the Metrotown area in the Greater Vancouver region. T & T's current CEO is Tina Lee, who succeeded her mother Cindy Lee in 2014. 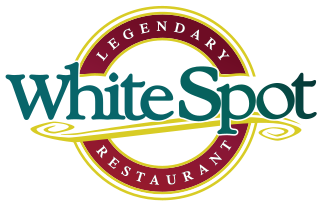 White Spot is a Canadian restaurant chain based in Vancouver, British Columbia, best known for its hamburgers, Pirate Pack children's meal, triple-o sauce and milkshakes. Along with its related Triple-O's quick service brand, the chain operates over 100 locations in British Columbia, Alberta, and Asia.

IGA is an American brand of grocery stores that operates in more than 30 countries. Unlike the chain store business model, IGA operates as a franchise through stores that are owned separately from the brand. Many of these stores operate in small town markets and belong to families that manage them. It was founded in the United States as the Independent Grocers Alliance in 1926. The headquarters is in Chicago, Illinois. 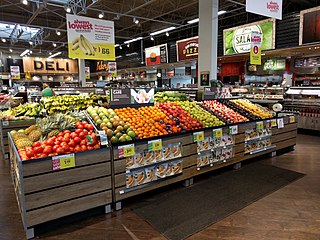 Save-On-Foods is a chain of supermarkets located across Western Canada.

FreshCo Ltd. is a Canadian chain of deep discount supermarkets owned by Sobeys Inc. It was launched in March 2010. As of April 2019, there were 98 FreshCo stores.

Commisso's Food Markets was a Canadian supermarket chain based in Beamsville, Ontario. Operating under Commisso's Grocery Distributors Limited, the chain was part of one of the largest independently owned grocery and food distribution chains in southern Ontario. At its peak, Commisso's operated a wholesale business and distribution centre, six cash and carry outlets, and 16 supermarkets across the Niagara and Hamilton areas, where its commitment to "quality products, friendly people and low prices" proved very popular.

The Overwaitea Food Group is an operator of supermarkets, based in Langley, British Columbia, Canada. It is owned by the Jim Pattison Group. Most stores are under the Save-On-Foods banner. 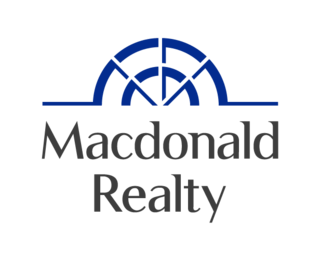 Gristedes is a New York City-based chain of supermarkets. It serves a mostly urban customer base.

Safeway is a Canadian supermarket chain of 183 full service supermarket stores in Western Canada. It was established in 1929 as a subsidiary of the American Safeway Inc., before being sold in 2013 to Canada's second-largest supermarket chain, Sobeys, a division of the conglomerate Empire Company. It is now independent from the American company as a result but continues to use the same Safeway name and logo.