Thringarth is a hamlet in Lunedale, in the Pennines of England. It is traditionally located in the North Riding of Yorkshire but along with the rest of the former Startforth Rural District it was transferred to County Durham for administrative and ceremonial purposes on 1 April 1974, under the provisions of the Local Government Act 1972. 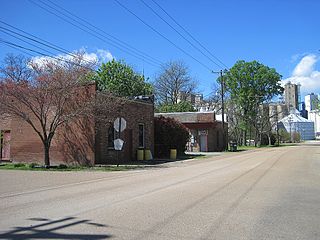 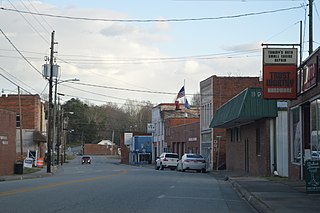 Drakes Branch is a town in Charlotte County, Virginia, United States. The population was 530 at the 2010 census.

Fox Farm-College is a census-designated place (CDP) in Laramie County, Wyoming, United States. It is part of the Cheyenne, Wyoming Metropolitan Statistical Area. The population was 3,647 at the 2010 census.

Newry and Armagh is a parliamentary constituency in the United Kingdom House of Commons. The current MP is Mickey Brady of Sinn Féin.

Hager City is an unincorporated census-designated place located in the town of Trenton in Pierce County, Wisconsin, United States, across the Mississippi River from Red Wing, Minnesota. It is located near the intersection of State Highway 35 and U.S. Route 63. Hager City is served by the Ellsworth School District. As of the 2010 census, its population is 338. Hager City has an area of 1.937 square miles (5.02 km2); 1.932 square miles (5.00 km2) of this is land, and 0.005 square miles (0.013 km2) is water.

Amatignak Island is a member of the Delarof Islands, in Alaska's Aleutian archipelago. The southernmost point of Alaska is on this island, as well as the westernmost longitude of Alaska, the United States, and North America.

DeSabla is an unincorporated community in Butte County, California. It lies at an elevation of 2762 feet. It was named after one of the Pacific Gas and Electric founders and is the site of Lake de Sabla reservoir and a powerhouse named for him. The community's ZIP code is 95954, and is shared with the community of Magalia. The area code is 530. NAD27 latitude and longitude for the community are 39°52′26″N121°36′06″W and official elevation is 2,780 feet (850 m) above mean sea level.

Lunedale is the dale, or valley, of the River Lune, on the east side of the Pennines in England, west of Middleton-in-Teesdale. Its principal settlements are Grassholme, Thringarth and Bowbank.

The Mauretania Public House is a public house on Park Street in the English city of Bristol.

Tofty is a ghost town in the Yukon-Koyukuk Census Area in the U.S. state of Alaska. It was a gold-mining town known for its high production. 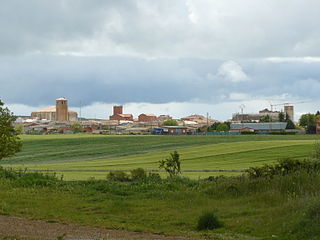 Becerril de Campos is a municipality located in the province of Palencia, Castile and León, Spain.

The River Lune is a river in County Durham, England.

Czech is a settlement in the administrative district of Gmina Żytno, within Radomsko County, Łódź Voivodeship, in central Poland.

Marguerite was a 1544-ton French ship built by Osbourne, Graham & Co. Ltd. of North Hylton in Sunderland in 1912.

The Boston Psychopathic Hospital was one of the first mental health hospitals in Massachusetts, United States. 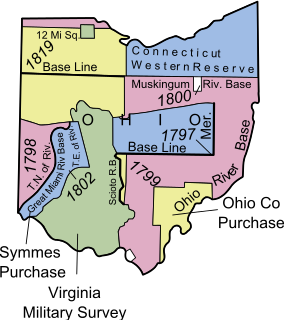 The Purchase on the Muskingum also called Ohio Company's Second Purchase, was a tract of land in the Northwest Territory, later Ohio, that the Ohio Company of Associates purchased from the United States federal government in 1792.

Nickelsville is an unincorporated community in Gordon County, in the U.S. state of Georgia.