Throb Throb is an album by Chicago punk band Naked Raygun, released on Homestead Records in 1985. [2] It was the first of the band's releases to feature the musicianship of John Haggerty whose guitar playing distinguished the band's sound during the 1980s. Quarterstick Records reissued the album in 1999, and added an early version of "Libido" as bonus material, which originally appeared on the Flammable Solid 7".

Homestead Records was a Long Island, New York-based sublabel of music distributor Dutch East India Trading. It was founded in 1984 by Sam Berger, who was the American independent buyer for Dutch East India Trading. Berger was finding that many bands who released their own first 45, were having difficulty coming up with the finances to press followups. He was able to convince Barry Tennenbaum, the owner of the company, to press and distribute records for bands that already recorded an album, and have the bands supply the artwork. It is considered instrumental in launching the post-hardcore and noise rock genres. When Berger left to work with Midnight Records, he recommended 18-year-old Gerard Cosloy to take over his role, whom he knew from Boston and who published a fanzine that Homestead distributed. Cosloy went on to sign many of the notable acts. Cosloy was succeeded by Ken Katkin and later by Steven Joerg. The label's last release was Ivo Perelman's Cama de terra in 1996.

Naked Raygun had combined resources with other local bands, such as Big Black and The Effigies, to release records themselves under the name Ruthless Records. [3] In 1983 put out the Basement Screams EP and then, after a change of personnel, recorded the LP Throb Throb. Three songs from the album ""Surf Combat", "Gear" and a shorter version of "Libido") saw release on Naked Raygun's first single, Flammible Solid (a tribute to Stiff Little Fingers' first album Inflammable Material ) With their signing to Homestead Records, the release of the full LP was delayed into the following year.

Big Black was an American punk rock band from Evanston, Illinois, active from 1981 to 1987. Founded by singer and guitarist Steve Albini, the band's initial lineup also included guitarist Santiago Durango and bassist Jeff Pezzati, both of Naked Raygun. In 1985, Pezzati was replaced by Dave Riley, who played on Big Black's two full-length studio albums, Atomizer (1986) and Songs About Fucking (1987).

Throb Throb's lyric sheet was done up to resemble a blueprint with white text on a blue background, and on some versions of the LP the lyrics even appeared backwards in the style of an actual blueprint. [4] The LP remained in print through the 1980s and was mastered onto CD. When Quarterstick Records rereleased the band's material in 1999, Homestead's original distributor issued 400 final copies of the LP on green vinyl. [4] 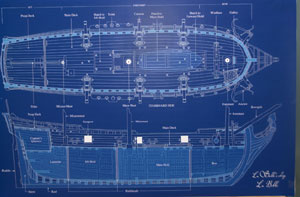 A blueprint is a reproduction of a technical drawing using a contact print process on light-sensitive sheets. Introduced by Sir John Herschel in 1842, the process allowed rapid, and accurate, production of an unlimited number of copies. It was widely used for over a century for the reproduction of specification drawings used in construction and industry. The blueprint process was characterised by white lines on a blue background, a negative of the original. The process was not able to reproduce color or shades of grey.

Mike Saenz is an American comic book artist and software designer. He is the creator of Shatter, as well as an early adult video game, MacPlaymate. Saenz was also the founder of Reactor Inc., a defunct interactive game company.

Jeffrey Neal "Jeff" Pezzati is the lead singer for the popular Chicago punk band, Naked Raygun. From 1983 to 1985, he was also the bass player for the internationally known band Big Black. In 1980, Jeff Pezzati was a member of a suburban cover band, Condor, when he was asked to audition for Naked Raygun by the founders, Santiago Durango and Jeff's brother, Marco Pezzati. Jeff passed the audition and became the band's longest-running member. He has ancestors from North Italy in Lombardy, close to Milan.

Jettison may refer to: 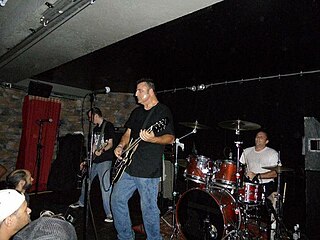 Volcano Suns was an American alternative rock band from Boston, Massachusetts formed by Mission of Burma drummer Peter Prescott in 1984. 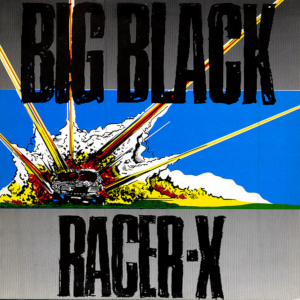 Racer-X is the third EP by American post-hardcore band Big Black. It was released by Homestead Records in 1984 and reissued by Touch and Go Records in 1992.

You Weren't There: A History of Chicago Punk, 1977–1984 is a 2007 documentary film about punk subculture in Chicago from 1977 through 1984. The film was written and directed by Joe Losurdo and Christina Tillman, and profiles the punk bars and local bands that gave rise to the city's punk rock scene in the late 1970s and early 1980s. Losurdo was the one-time bass player for the Chicago-based 1980s hardcore band, Life Sentence, although his group is not profiled in the movie. Reviewer Max Goldberg of the San Francisco Bay Guardian called the film "a thrillingly exhaustive survey of early Chicago punk." 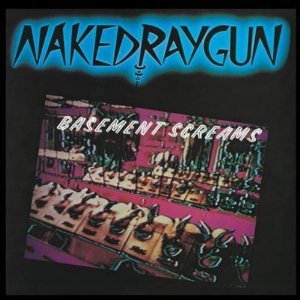 Basement Screams was a six song EP and the debut release by Chicago punk band Naked Raygun, released on Ruthless Records in 1983. Quarterstick Records reissued the EP in 1999, and added the street version of "I Lie" and the 222 S. Morgan St. sessions as bonus material. The 1982 Morgan St. sessions feature the band's original line-up, which would change significantly by the time the band went into the studio to record Basement Screams the following year, and then again with the release of Naked Raygun's first full-length LP.

Jeff Dean is a punk rock musician and recording engineer based in Chicago, Illinois. He is best known for playing guitar in The Bomb with Jeff Pezzati of Naked Raygun, and Noise By Numbers with Dan Vapid of The Methadones. 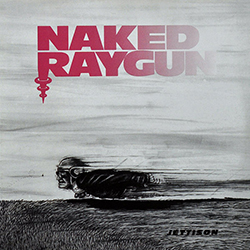 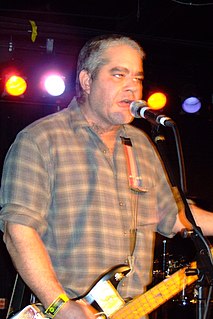 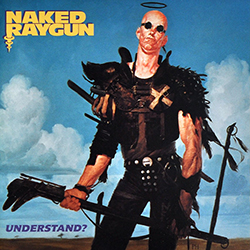