Throes of Absolution is the debut album by Christian death metal band, 7 Horns 7 Eyes. This is the only album to feature Ryan Wood, who left to join Project 86. In the early process of writing this album, original vocalist Kyle Wood quit the band to be married, [4] but is still featured as a composer.

No Clean Singing's reviewer states:"Powerful? Yes. Majestic? You bet your ass. One of the best of the year? Top shelf, grade-A, top-10-of-the-year list in the making. Buy this album. You won’t regret it. 'Within the throes of absolution, I shed my humanity. I rise beyond angels to the company of saints.'" [2]

Metal Underground writes:"Highs: These musicians are pros at their instruments, Jeff Loomis contributes guitar work, spats of keyboards enhance the atmosphere Lows: Songs are stretched out too long, some clean vocals could have better fit a few melodic sections

Bottom line: A good melodic death metal debut that shines with excellent guitar work, but falters with some pacing issues. [3]

Altogether, Throes of Absolution is an album that always hints at greatness but never quite reaches it. For every moment that feels measured and well-constructed, there’s another that comes across as superfluous or even uninspiring. However, in those glorious moments where everything lines up so perfectly, this band shows buckets of potential – more so than any new band I’ve heard this year. Mark my words, barring drastic line up changes or a nuclear apocalypse, the next 7 Horns 7 Eyes album will be spectacular. [6] T.S. Elliot of Indie Vision Music wrote:"Overall: With Throes of Absolution, every member of 7 Horns 7 Eyes does his part to achieve the honorable, mouthful labeling of “progressive atmospheric technical death metal.” The drums, guitars, bass and death growls create a very distinct atmosphere that makes for a pleasant and refreshing listen. There’s not as much vocal variation as I think the album deserves, but that’s a miniature issue—Throes of Absolution is a musical masterpiece that was worth waiting for." [5]

Melodic death metal is a subgenre of death metal that employs highly melodic guitar riffs, often borrowing from traditional heavy metal. The style originated and developed in Sweden around 1993. The Swedish death metal scene did much to popularise the style, soon centering in the "Gothenburg metal" scene.

Metalcore is a fusion music genre that combines elements of extreme metal and hardcore punk. As with other styles blending metal and hardcore, such as crust punk and grindcore, metalcore is noted for its use of breakdowns, slow, intense passages conducive to moshing. Other defining instrumental qualities include heavy riffs and stop-start rhythm guitar playing, occasional blast beats, and double bass drumming. Vocalists in the genre typically use thrash or scream vocals. Some later metalcore bands combine this with clean singing, often during the chorus. Death growls and gang vocals are common. 1990s metalcore bands were inspired by hardcore while later metalcore bands were inspired by melodic death metal. Melodic death metal bands like At the Gates and In Flames influenced later metalcore bands.

Living Sacrifice is an American Christian metal band formed in Little Rock, Arkansas in 1989. The band has released eight studio albums, out of which the first three were recorded under R.E.X. Records with their original vocalist Darren Johnson as a more thrash metal and death metal oriented band. The band evolved into a groove metal and metalcore style beginning with Reborn (1997) under Solid State Records with the original guitarist Bruce Fitzhugh on vocals. In 2003, the group disbanded due to other projects and later their label, Solid State, released their best-of album, In Memoriam (2005). In 2008, Living Sacrifice reformed and released a two-song digital only single called Death Machine. They then began working on The Infinite Order which was released on January 26, 2010. Lance Garvin and Bruce Fitzhugh are the two remaining original members. 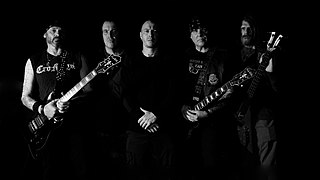 Discharge are an English hardcore punk band formed in 1977 in Stoke-on-Trent, England. The band is known for influencing countless sub-genres of extreme music and their songs have been covered by some of the biggest names in heavy metal and other genres. The musical sub-genre of D-beat is named after Discharge and the band's distinctive drumbeat. 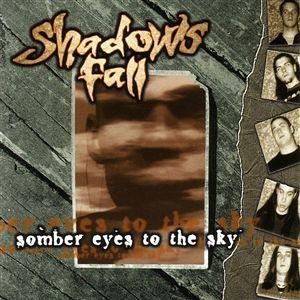 Somber Eyes to the Sky is the debut studio album by American heavy metal band Shadows Fall, released in 1997 on Matt Bachand's own label Lifeless Records in the United States, while the European release was handled by Genet Records. This was the band's last release and only studio album with lead singer Philip Labonte, who helped form All That Remains the following year.

Jeff Loomis is an American musician, best known for his role as lead guitarist in the progressive metal band Nevermore during its existence from 1991 to 2011. In 2014, he joined Swedish melodic death metal band Arch Enemy, and in 2021 he joined Graham Bonnet's Alcatrazz as well. As a solo artist he has released two albums and one EP.

Immortal Souls is a melodic death metal band from Kokkola, Finland, formed in 1991. They released a split album and their debut on Little Rose Productions in the late 1990s and early 2000s. In 2002, Immortal Souls signed with Dutch label Fear Dark which released their second and third album as well as a compilation. They have performed at Tuska Open Air Metal Festival. Their musical style is characterized by their use of melodic guitar riffs and singing which shifts between growls and shouting. Their music has been called winter metal since Immortal Souls utilizes frosty metaphors in their lyrics and usually creates a cold, wintry atmosphere. The album Wintereich was released in 2007 in Europe on Dark Balance and in the USA through Facedown Records. 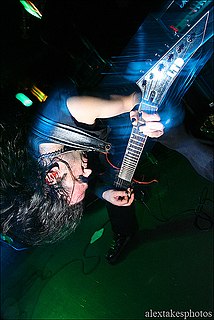 Jason Wisdom is the former lead vocalist and bass guitarist for the Christian progressive death metal band Becoming the Archetype. Though he was born and raised in a Christian home, he states that he was never committed to Christianity until high school. He considers his music as a form of ministry, but wishes to avoid a "preachy" stereotype. His influences include Extol, Living Sacrifice, and Mortification among others. Wisdom is an avid fan of metal music, and Christian metal in particular. He notes that even though his music is Christian metal, many of his fans are not Christians and are many times the ones who defend his music. Wisdom left the band in late November 2011 to take care of his family. Though current 7 Horns 7 Eyes frontman, JJ Polachek, tried out, Wisdom was replaced by former live fill in, Chris McCane. He has recently started a solo project titled Death Therapy, which features no guitars. He currently works for RYFO, a company that helps musicians with places to stay, meals and other such things.

7 Horns 7 Eyes is an American Christian death metal band based out of Seattle, Washington. The band formed in 2006 and released their debut album Throes of Absolution on April 24, 2012, on Century Media Records in North America and Basick Records in Europe. On January 10, 2014, after being silent for nearly two years, vocalist JJ Polachek announced the band is working on three potential releases for 2014 and 2015. It was described as a large conceptual work. 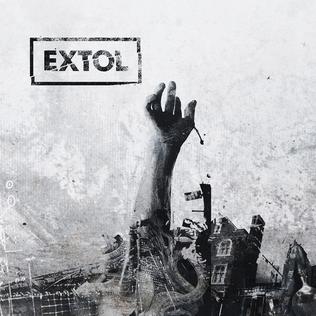 Extol is the fifth full-length studio album by the Norwegian Christian progressive death metal band Extol, released in 2013. It was described by music critics as a mixture of death and progressive metal, with some melodic elements. Reviews of the album were very positive, and the album managed to chart on the Billboard Top Christian Albums chart. 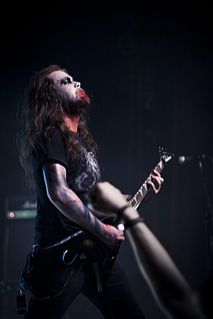 A Hill To Die Upon is an American blackened death metal band from the Monmouth-Galesburg area of Illinois, formed in 2004 by the brothers Adam and R. Michael Cook. The brothers initially founded the band as hardcore project, but eventually started listening to death and black metal, which led them to transform their band's sound. Over the years, various musicians have filled out the band's lineup, which currently consists of the Cook brothers and Nolan Osmond. Signed to Bombworks Records, A Hill to Die Upon has released four albums – Infinite Titanic Immortal in 2009, Omens in 2011, Holy Despair in 2014, and Via Artis, Via Mortis in 2017 - all to a positive critical reception. In 2013, the band also released a stand-alone single, "Manden med Leen". Musically, the band is compared primarily to Behemoth as well as Immortal, Naglfar, and Old Man's Child, all of which the brothers cite as among their major influences. The brothers are Christian, but they distance themselves from calling A Hill to Die Upon a Christian metal band. Lyrical themes include mythology, war, philosophy, and despair, with references drawn from the Bible and numerous literary works and authors.

Monotheist is a death metal band from Orlando, Florida. Former vocalist JJ Polachek is in the bands 7 Horns 7 Eyes and Ovid's Withering, of which, 7H7E, ranked their album on No. 1 on Metalsucks.com by Vince Neilsteins' Top 15 albums, and therefore stated that Monotheist is very similar to 7 Horns 7 Eyes. In 2016, the band released a demo, "Scion of Darkness" for their debut album that was to be released in the summer of 2016 via SkyBurnsBlack Records.

Your Chance to Die is an American melodic death metal band from Columbia, South Carolina, formed in 2007. 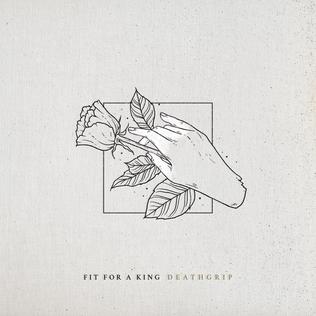 Deathgrip is the fourth studio album by American metalcore band Fit for a King. It was released on October 7, 2016 through Solid State Records. It was produced by Nick Sampson and Bobby Lynge.