A Thrust Air 2000 (commonly known as a thrust air coaster) is a unique form of launched roller-coaster created by S&S Worldwide, Inc., that uses refrigerated, compressed air to shoot a rubber-wheeled car down a steel track. Do-Dodonpa, located at Fuji-Q Highland, is the only production model in existence. It was built by S&S Worldwide of Logan Utah. It was once the fastest roller coaster in the world and still holds the record of the world's fastest acceleration on a roller coaster. Another model, the Hypersonic XLC, was opened at Kings Dominion in 2001, but it was later closed and put up for sale in 2007. Both models were fabricated by Intermountain Lift, Inc. [1]

Kings Dominion is an amusement park located in Doswell, Virginia, 20 miles (30 km) north of Richmond and 75 miles (120 km) south of Washington, D.C.. Owned and operated by Cedar Fair, the 400-acre (1.6 km2) park opened to the public on May 3, 1975, and features over 60 rides, shows and attractions including 12 roller coasters and a 20-acre (81,000 m2) water park. Its name is derived from the name of its sister park, Kings Island, and the nickname for the state of Virginia, "Old Dominion." 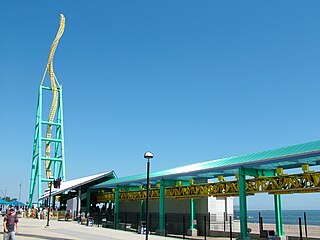 Wicked Twister is an inverted roller coaster located at Cedar Point amusement park in Sandusky, Ohio. Designed by Werner Stengel, it is a second-generation Impulse model manufactured by Intamin. The ride was marketed as the tallest and fastest double-twisting impulse coaster in the world when it opened to the public on May 5, 2002. 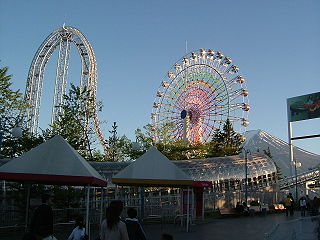 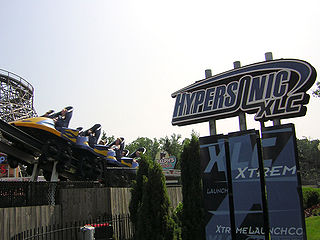 The Joker's Jinx is a steel roller coaster at Six Flags America in Prince George's County, Maryland. The ride utilizes linear induction motor technology to launch the train from 0 to 60 mph (97 km/h) in just over three seconds. 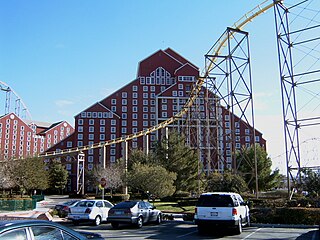 Desperado is a hypercoaster located in Primm, Nevada, United States at the Buffalo Bill's Hotel and Casino, a part of the Primm Valley Resorts complex. As of February 2020, Desperado is closed with no plans of operating in the future. 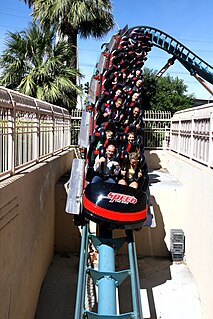 Speed – The Ride is a roller coaster currently in storage at Akita Plaza. It was located on the Las Vegas Strip at the Sahara Hotel and Casino. The coaster operated from April 28, 2000, to May 1, 2011. 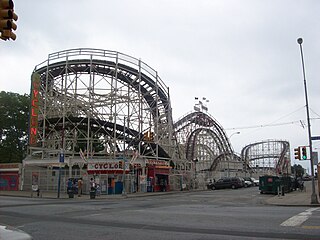 Roller coaster amusement rides have origins back to ice slides constructed in 18th-century Russia. Early technology featured sleds or wheeled carts that were sent down hills of snow reinforced by wooden supports. The technology evolved in the 19th century to feature railroad track using wheeled cars that were securely locked to the track. Newer innovations emerged in the early 20th century with side friction and underfriction technologies to allow for greater speeds and sharper turns. By the mid-to-late 20th century, these elements intensified with the introduction of steel roller coaster designs and the ability for them to invert riders. 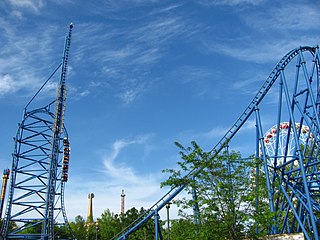 Mr. Freeze: Reverse Blast, previously known as Mr. Freeze, is a shuttle roller coaster located at Six Flags Over Texas in Arlington, Texas and Six Flags St. Louis in Eureka, Missouri. The steel coasters feature a linear induction motor (LIM) launch system that accelerate riders from 0–Batman & Robin prior to a conversion in 2012 to operate backwards. 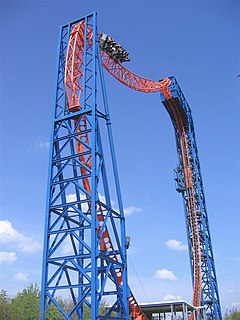 Yukon Striker is a steel roller coaster located at Canada's Wonderland in Vaughan, Ontario. Designed as a dive coaster from manufacturer Bolliger & Mabillard, the ride opened to the general public on 3 May 2019 in place of SkyRider, a roller coaster that was removed from the park in 2014. Featuring a height of 68 metres (223 ft), a length of 1,105 metres (3,625 ft), and a maximum speed of 130 km/h (81 mph), Yukon Striker is the world's tallest, longest, and fastest Dive Coaster, sharing its height record with Valravn at Cedar Point. Its four inversions and drop length of 75 metres (245 ft) also set world records among Dive Coaster models. 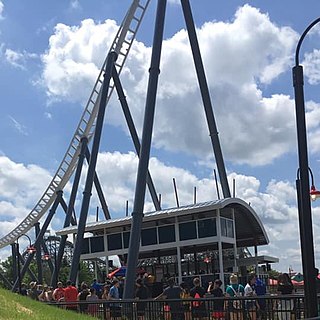 Maxx Force is a launched steel roller coaster at Six Flags Great America amusement park in Gurnee, Illinois United States. It opened on July 4, 2019, and was manufactured by S&S - Sansei Technologies. The ride holds the record for fastest accelerating launch in North America at 78 miles per hour (126 km/h) in 1.8 seconds, as well as the fastest inversion in the world at 60 miles per hour (97 km/h), and the tallest double inversion in the world at 175 feet (53 m).