Last updated October 11, 2022
Stage that extends into the audience on three sides

In theatre, a thrust stage (also known as a platform stage or open stage) [1] is one that extends into the audience on three sides and is connected to the backstage area by its upstage end. A thrust has the benefit of greater intimacy between performers and the audience than a proscenium, while retaining the utility of a backstage area. Entrances onto a thrust are most readily made from backstage, although some theatres provide for performers to enter through the audience using vomitory entrances. A theatre in the round, exposed on all sides to the audience, is without a backstage and relies entirely on entrances in the auditorium or from under the stage.

As with an arena, the audience in a thrust stage theatre may view the stage from three or more sides. Because the audience can view the performance from a variety of perspectives, it is usual for the blocking, props and scenery to receive thorough consideration to ensure that no perspective is blocked from view. A high backed chair, for instance, when placed stage right, could create a blind spot in the stage left action.

The thrust stage is the earliest stage type in western theatre, first appearing in Greek theatres, and its arrangement was continued by the pageant wagon. As pageant wagons evolved into Elizabethan theatre, many of that era's works, including those of Shakespeare, were performed on theatre with an open thrust stage, such as those of the Globe Theatre.

The thrust stage concept was generally out of use for centuries, and was resurrected in 1953 by the Stratford Shakespeare Festival of Canada. [2] Their Festival Theatre was originally under a tent, until a permanent thrust stage theatre facility was constructed in 1957. Since that time dozens of other thrust stage venues have been built using the concept. 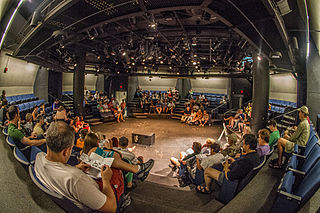 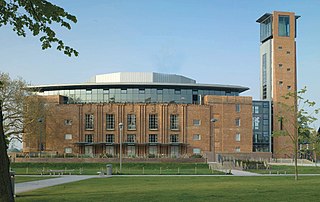 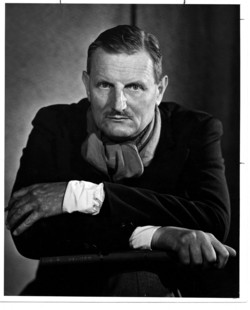 Sir William Tyrone Guthrie was an English theatrical director instrumental in the founding of the Stratford Festival of Canada, the Guthrie Theater in Minneapolis, Minnesota, and the Tyrone Guthrie Centre at his family's ancestral home, Annaghmakerrig, near Newbliss in County Monaghan, Ireland. He is famous for his original approach to Shakespearean and modern drama. 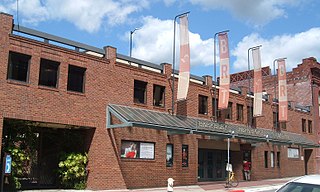 Berkeley Repertory Theatre is a regional theater company located in Berkeley, California. It runs seven productions each season from its two stages in Downtown Berkeley.

Shakespeare's Globe is a reconstruction of the Globe Theatre, an Elizabethan playhouse for which William Shakespeare wrote his plays, in the London Borough of Southwark, on the south bank of the River Thames. The original theatre was built in 1599, destroyed by the fire in 1613, rebuilt in 1614, and then demolished in 1644. The modern Globe Theatre is an academic approximation based on available evidence of the 1599 and 1614 buildings. It is considered quite realistic, though modern safety requirements mean that it accommodates only 1,400 spectators compared to the original theatre's 3,000.

Elizabeth Rex is a play by Timothy Findley. It premiered in a 2000 production by the Stratford Festival. The play won the 2000 Governor General's Award for English language drama.

The American Shakespeare Center (ASC) is a regional theatre company located in Staunton, Virginia, that focuses on the plays of William Shakespeare; his contemporaries Ben Jonson, Beaumont and Fletcher, Christopher Marlowe; and works related to Shakespeare, like James Goldman's The Lion in Winter and Bob Carlton's Return to the Forbidden Planet.

Brian Sidney Bembridge is an American scenic, lighting, and costume designer for theater and film. His work has been seen on stages and screens throughout the country and Internationally in Australia, Germany, Prague, Ireland, and Great Britain. Mr. Bembridge has also taught and lectured at many universities across the country. He holds a BFA from University of North Carolina School of the Arts. 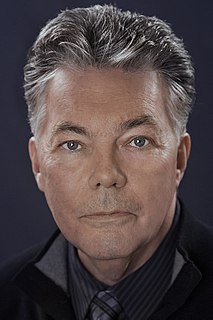 Larry Carpenter is an American theatre and television director and producer. In the theatre, he has worked as an artistic director, associate artistic director, a managing director and general manager in both the New York and Regional arenas. He also works as a theatre director and is known primarily for large projects, working on musicals and classical plays equally. In television, he works as a director for New York daytime dramas. He has served as executive vice president of the Stage Directors and Choreographers Society, the national labor union for professional stage directors and choreographers. He is also a member of the Director's Guild of America PAC.

Anthony Clarvoe is an American playwright born in 1958. 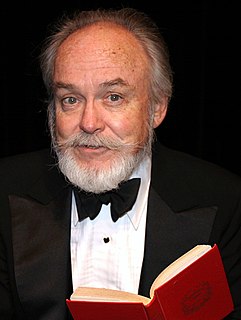 Keith Franklin Fowler is an American actor, director, producer, and educator. He is a professor emeritus of drama and former head of directing in the Drama Department of the Claire Trevor School of the Arts of the University of California, Irvine (UCI), and he is the former artistic director of two LORT/Equity theaters. 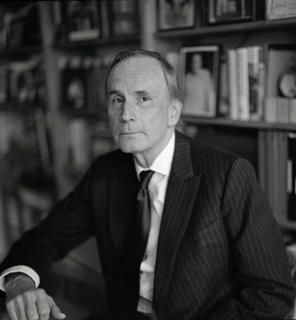 Stanley Silverman is an American composer, arranger, conductor and guitarist.