Thukpa bhatuk is a common Tibetan cuisine noodle soup that includes small bhasta noodles. [1] This dish is a common soup made in the winter but is especially important for Tibetan New Year. On Nyi-Shu-Gu, the eve of Losar (Tibetan New Year), the common Tibetan soup, Thukpa bhatuk is made with special ingredients to form Guthuk. Guthuk is then eaten on Losar to symbolise getting rid of negativities of the past year and invite positives into the new year. [1]

In the Thukpa bhatuk soup, the main components are the handmade bhatsa noodles, which are similar to the Italian gnocchi. [1] Some bhatsa noodles used for this soup are called gutsi rithuk and another noodle, called bhatuk. Both of these noodles are referred to as bhatuk in Central Tibet. [1]

Meat is usually a main ingredient in this soup, commonly mutton, beef or yak however, this soup can also be made vegetarian with a vegetable bouillon. [1]

At the time of Tibetan New Year the common soup, Thukpa bhatuk, is transformed into Guthuk. Guthuk is only eaten at this time of the year on the eve of Losar(Tibetan New Year). This dish is part of the ritual to dispel any negativities of the old year, to make way for a better positive new year. [1]

There are three main differences that make thukpa bhatuk into guthuk:

Losar literally meaning lo (year) and sar (new) is the Tibetan New Year and is celebrated both in Tibet and Nepal. Losar begins on the first day of the first month of the Tibetan calendar and Nepali calendar [ disambiguation needed ] and is celebrated on a different day each year. On the eve of Losar, which is called Nyi-Shu-Gu, the old year is expelled along with all its negativities. It is custom for homes and bodies to be purified and cleaned to invite positives for the New Year. The New Year is then brought in with specific ceremonial rituals including the specially made Thukpa batuk called Guthuk. This soup is made on Nyi-Shu-Gu and is specific to the celebration of Losar. [3]

As explained, Nyi-Shu-Gu is the Tibetan New Year's Eve, which is the 29th day of the last month of the year, according to the Tibetan calendar and Nepali calendar. [4] Nyi-Shu-Gu is a day to dismiss negativities from homes and bodies and to make the Guthuk soup. A traditional custom in Central Tibet is to heat water over a fire for everyone to bathe and wash their hair. Normally, people don’t bathe everyday, but everyone takes care to be thoroughly clean in preparation for Losar. [4] Once everything is purified, the Guthuk soup is eaten and the negativities are expelled. [2] 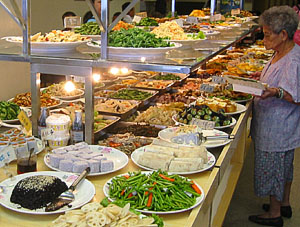 Buddhist cuisine is an Asian cuisine that is followed by monks and many believers from areas historically influenced by Chinese Buddhism. It is vegetarian or vegan, and it is based on the Dharmic concept of ahimsa (non-violence). Vegetarianism is common in other Dharmic faiths such as Hinduism, Jainism and Sikhism, as well as East Asian religions like Taoism. While monks and a minority of believers are vegetarian year-round, many believers follow the Buddhist vegetarian diet for celebrations. 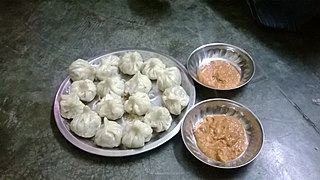 Noodle soup refers to a variety of soups with noodles and other ingredients served in a light broth. Noodle soup is common dish across East and Southeast Asia. Various types of noodles are used, such as rice noodles, wheat noodles and egg noodles.

Thenthuk or hand-pulled noodle soup (thukpa), is a very common noodle soup in Tibetan cuisine, especially in Amdo, Tibet where it is served as dinner and sometimes lunch. The main ingredients are wheat flour dough, mixed vegetables and some pieces of mutton or yak meat. Vegetable thenthuk is a common modern day option too.

Chötrul Düchen, also known as Chonga Choepa or the Butter Lamp Festival, is one of the four Buddhist festivals commemorating four events in the life of the Buddha, according to Tibetan traditions. Chötrul Düchen closely follows Losar, the Tibetan New Year. It takes place on the fifteenth day of the first month in the Tibetan calendar during the full moon. The first fifteen days of the year celebrate the fifteen days during which the Buddha displayed miracles for his disciples so as to increase their devotion. During Chötrul Düchen, it is believed that the effects of both positive and negative actions are multiplied ten million times. 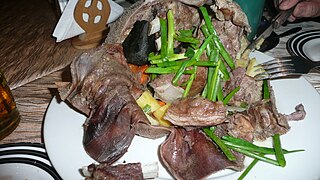 Mongolian cuisine predominantly consists of dairy products, meat, and animal fats. The most common rural dish is cooked mutton. In the city, steamed dumplings filled with meat—"buuz"— are popular. 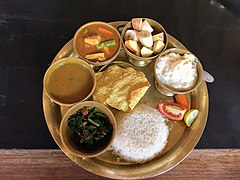 Nepali/Nepalese cuisine comprises a variety of cuisines based upon ethnicity, soil and climate relating to Nepal's cultural diversity and geography. Dal-bhat-tarkari is eaten throughout Nepal. Dal is a soup made of lentils and spices, served over boiled grain, bhat—usually rice but sometimes another grain - and a vegetable curry, tarkari. Condiments are usually small amounts of spicy pickle which can be fresh or fermented, and of which there are a considerable number of varieties. Other accompaniments may be sliced lemon (nibuwa) or lime (kagati) with fresh green chilli. Dhindo (ढिंडो) is a traditional food of Nepal. 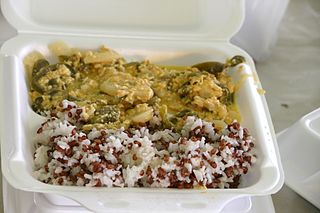 The culture of Darjeeling, India, is quite diverse and unique. The two predominant religions are Hinduism and Vajrayana Buddhism. Dashain, Tihar, Buddha Jayanti, Christmas, Holi, Ram Navami, etc. are the main festivals. Besides, the diverse ethnic populace of the town also celebrates several local festivals. Buddhist ethnic groups such as the Lepchas, Bhutias, Sherpas, Yolmos, Gurungs, and Tamangs celebrate new year called Losar in January/February, Maghe Sankranti, Chotrul Duchen, and Tendong Lho Rumfaat. The Kiranti Rai people (Khambus) celebrate their annual Sakela festivals of Ubhauli and Udhauli. Deusi and Bhaileni are songs performed by men and women, respectively, during the festival of Tihar. All these provide a "regional distinctness" of Darjeeling's local culture from the rest of India. Darjeeling Carnival, initiated by a civil society movement known as The Darjeeling Initiative, was a ten-day carnival held yearly during winter that portrayed the rich musical and cultural heritage of Darjeeling Hills as its central theme. Every year, cultural festivals are held in the town of Darjeeling and its surrounding areas.

Kesme or erişte is a type of egg noodle found in various Turkic cuisines, including Kyrgyz and Kazakh cuisine. It is also found in Turkish cuisine and is called erişte in modern standard Turkish. The word itself is a nominalisation of the verb to cut or to slice, referring to the slicing of the dough involved in preparing the noodles. The term may refer to the noodles themselves, or the prepared dish made with them. Kesme is traditionally a homemade dish, and not often found at restaurants or cafés. In Turkey, kesme is known as "erişte", and eaten generally in winter. It is made from flour, egg, water, salt and milk. These ingredients are worked into a dough, which is rolled out, cut, and dried in the sun or an oven after dried for a day.

Mordovian cuisine is the traditional cuisine of the Mordovians, who now live in Mordovia and surrounding areas. It consists of a variety of dishes, based on geographical, cultural and climate features of the region, with fish traditionally featured heavily.

Guthuk is a noodle soup in Tibetan cuisine. It is eaten two days before Losar, the Tibetan New Year and is a variation on Thukpa bhatuk. The Tibetan religious ceremony 'Gutor' (དགུ་གཏོར་), literally meaning offering of the 29th, is held on the 29th of the 12th Tibetan month, and is focused on driving out all negativity, including evil spirits and misfortunes of the past year, and starting the new year in a peaceful and auspicious way. It is made with barley and other ingredients.

Nyi Shu Gu is the eve before the last day of the Tibetan year (29th). It is celebrated with various traditions leading up to the Tibetan New Year: Losar. Guthuk is a common Tibetan cuisine noodle soup that is associated with Nyi Shu Gu. Thukpa bhatuk is the common style of noodle soup that becomes Guthuk when eaten with special ingredients and elements on Nyi Shu Gu. Nyi Shu Gu is a time to cleanse and bid adieu to negativities, obstacles, uncleanliness and sickness. A fire is traditional as is washing up. Evil spirits are sent away. 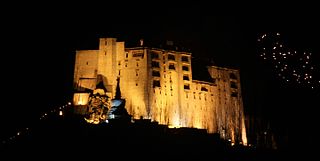