Thumb Correctional Facility (TCF) is a Michigan prison, located in Lapeer, for male prisoners. It is a Level II, lower-level security prison.

The worker program allows the prison's laundry facility to provide services to several organizations in the area. [1]

Massachusetts Correctional Institution – Shirley is a medium-security state prison in Shirley, Massachusetts. The facility also contains a minimum-security section which houses less dangerous prisoners. MCI-Shirley maintains 13 inmate housing units, a 28-bed full-service hospital unit, a 59-bed segregation unit, gym, recreation areas, school, industries, laundry, vocational area, and food services/programs. This facility is under the jurisdiction of the Massachusetts Department of Correction. It is located directly to the north of the Souza-Baranowski Correctional Center, a maximum-security facility in the town of Lancaster. Currently, the facility houses approximately 1,500 adult male inmates.

Lowell Correctional Institution is a women's prison in unincorporated Marion County, Florida, north of Ocala, in the unincorporated area of Lowell. A part of the Florida Department of Corrections, it serves as the primary prison for women in the state. Almost 3,000 women are incarcerated in the complex, which includes the Lowell Annex. As of 2015 2,696 women are in the main Lowell CI, making it the largest prison for women in the United States; its prison population became larger than that of the Central California Women's Facility that year.

The Eastern Oregon Correctional Institution is one of 14 state prisons in Oregon, United States. The prison is located in Pendleton, Oregon. The facility was originally built in 1913 as the Eastern Oregon State Hospital, a hospital for long-term mental patients, but was converted into a prison in 1983. In addition to providing confinement housing, food service, and medical care, the correctional facility offers education, vocational training, and work opportunities within the prison. Inmates at the Eastern Oregon Correctional Institution produce Prison Blues garments, an internationally marketed clothing line. 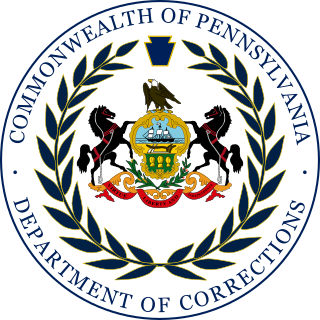 Alger Correctional Facility (LMF) is a Michigan prison for adult men, operated by the Michigan Department of Corrections. It is located in the central Upper Peninsula of Michigan in Alger County, on the south side of Munising.

Baraga Correctional Facility (AMF) is a Michigan prison, located in Baraga, for adult male prisoners. While it includes a Level I security facility, it is primarily a maximum security prison.

Bellamy Creek Correctional Facility (IBC) is a prison in Ionia for men, run by the Michigan Department of Corrections.