Thunder Over Texas is a 1934 American populist contemporary Western film directed by Edgar G. Ulmer under the alias Joen Warner (the name of Ulmer's previous wife) [1] and produced by two nephews of Universal Pictures head Carl Laemmle, Arthur and Max Alexander's Poverty Row Beacon Productions. The film's story was written by Shirley Ulmer under the name of Sherle Castle. Shirley was then married to Max Alexander but would soon leave Max to marry Edgar with the result that Lammele blacklisted Ulmer from Hollywood. [2] The film was shot in Kernville, California.

Thunder Over Texas was the first of several Westerns produced by the Alexanders starring Guinn "Big Boy" Williams. [3]

The film opens with an apparent bank robbery terminated when the driver of the alleged getaway car is fatally shot by a sniper. Inside the car is the late driver's daughter, Tiny Norton who is adopted by rancher Ted Wright and his Three Stooges type ranch hands, Tom, Dick and Harry, the "Three Radio Nuts" who spend their time impersonating radio stars. The robbery and assassination of Tiny's father was orchestrated by a cruel and corrupt banker in cahoots with a crooked sheriff.

"I'll get you for this!" - Sheriff Collier "Don't let anything stop you but fear" - Ted Wright 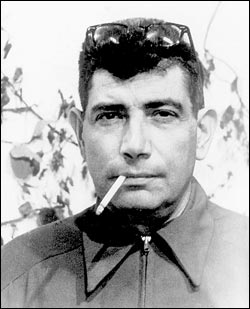 Edgar Georg Ulmer was a Jewish-Moravian, Austrian-American film director who mainly worked on Hollywood B movies and other low-budget productions, eventually earning the epithet 'The King of PRC', due to his extremely prolific output on the said Poverty Row studio. His stylish and eccentric works came to be appreciated by auteur theory-espousing film critics in the years following his retirement. Ulmer's most famous productions include the horror film The Black Cat (1934) and the film noir Detour (1945). 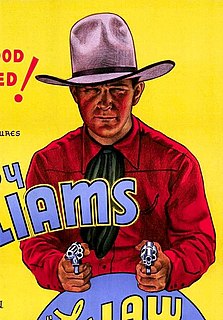 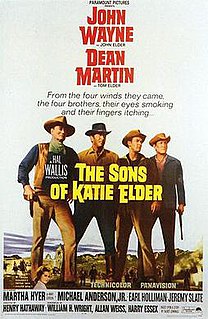 The Sons of Katie Elder is a 1965 American Western film in Panavision, directed by Henry Hathaway and starring John Wayne and Dean Martin. It was filmed principally in Mexico.

The Three Mesquiteers is the umbrella title for a Republic Pictures series of 51 American Western B-movies released between 1936 and 1943. The films, featuring a trio of Old West adventurers, was based on a series of Western novels by William Colt MacDonald. The eponymous trio, with occasional variations, were called Stony Brooke, Tucson Smith and Lullaby Joslin. John Wayne, who played Stony Brooke in eight of the films in 1938 and 1939, was the best-known actor in the series. Other leads included Bob Livingston, Ray "Crash" Corrigan, Max Terhune, Bob Steele, Rufe Davis and Tom Tyler.

Beyond the Time Barrier is a 1960 American science fiction film. It was released in September 1960 on a double bill with The Angry Red Planet. It starred Robert Clarke and directed by Edgar G. Ulmer. Ulmer's wife Shirley acted as a script editor while their daughter Arianne Arden appeared as a Russian pilot. It was one of two low budget sci-fi films shot back-to-back in Dallas, Texas by Ulmer. The combined filming schedule for both films was only two weeks.

The Phantom is a 1931 American mystery film directed by Alan James.

Leo Erdody was an American film composer of Hungarian descent. He studied music in Germany, and later went to Hollywood, scoring his first film in 1921. He later joined Producers Releasing Corporation and scored several films for them. For his work on Minstrel Man, he was a nominee for an Academy Award for Best Original Score.

Toll of the Desert is a 1935 American western film directed by William Berke and starring Fred Kohler, Jr., Betty Mack, and Roger Williams. 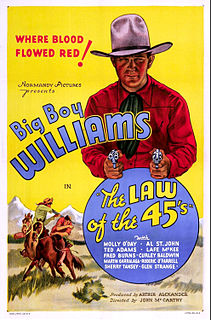 The Law of the 45's, is a 1935 American Western film directed by John P. McCarthy. The screenplay was based on the 1933 novel of the same name by William Colt MacDonald. It was the first film to be made of MacDonald's characters The Three Mesquiteers that later became a film series at Republic Pictures. Though only two of the characters, Tucson and Stoney appeared in this film, Williams would appear as the missing member "Lullaby" Joslyn in Powdersmoke Range shot in the same year for RKO.

The Lion Man is a 1936 American film very loosely based on The Lad and the Lion by Edgar Rice Burroughs, and the 1917 silent movie of the same title. It was directed by John P. McCarthy and produced by Arthur Alexander and Max Alexander. The film stars Jon Hall then appearing under his real name Charles Locher and Kathleen Burke who had recently co-starred in The Lives of a Bengal Lancer. The Lion Man was re-released as a "Tarzan Vs the Lion Man" double feature in the late 1940s.

August Weekend or August Week End or Week-End Madness is a 1936 American drama film directed by Charles Lamont and starring Valerie Hobson, Paul Harvey and G. P. Huntley. The screenplay was adapted by Paul Perez from a story by Faith Baldwin. It was produced by Chesterfield Motion Pictures and distributed by Grand National Distributors. 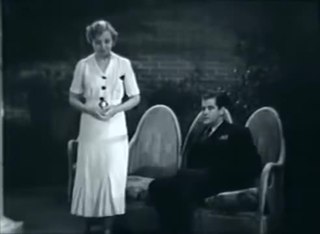 Society Fever is a 1935 American romantic comedy film directed by Frank R. Strayer and starring Lois Wilson, Lloyd Hughes and Hedda Hopper. The film entered the public domain in 1964, because its copyright was not renewed.

Unconquered Bandit is a 1935 American Western film directed by Harry S. Webb and starring Tom Tyler, Lillian Gilmore and Slim Whitaker. The film is a remake of Dynamite Ranch (1932), 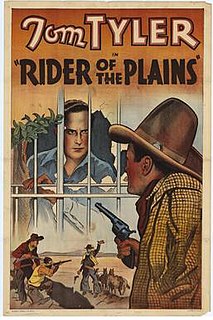 Rider of the Plains is a 1931 American Western film directed by John P. McCarthy and starring Tom Tyler, Lilian Bond and Al Bridge.