Thyatira staphyla is a moth in the Drepanidae family. It was described by Paul Dognin in 1890. It is found in Loja Province, Ecuador. [1] 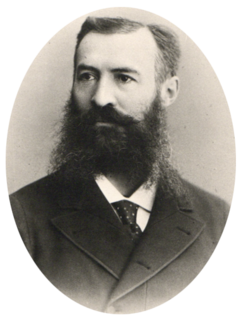 Paul Dognin was a French entomologist who specialised in the Lepidoptera of South America. Dognin named 101 new genera of moths.

The Battle of Thyatira was fought in 366 at Thyatira, Lydia, between the army of the Roman Emperor Valens and the army of the usurper Procopius, led by his general Gomoarius. 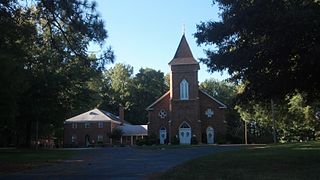 Horithyatira is a genus of moth belonging to the subfamily Thyatirinae.

Thyatira brasiliensis is a moth in the family Drepanidae. It was described by Werny in 1966. It is found in Brazil.

Thyatira casta is a moth in the family Drepanidae. It was described by Felder in 1874. It is found in Colombia.

Thyatira hedemanni is a moth in the family Drepanidae. It was described by Hugo Theodor Christoph in 1885. It is found in Georgia, Turkey, Armenia, Iran and Azerbaijan.

Thyatira tama is a moth in the family Drepanidae. It was described by Schaus in 1933. It is found in Colombia. 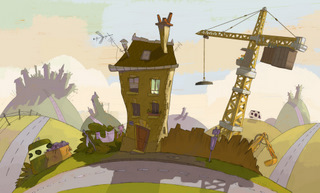 Le Building is a 2005 French animated short film directed by a team of final year students at Gobelins, l'École de l'image. The story depicts a series of slapstick accidents that cause destruction to a three-story apartment complex. Le Building's team of five directors is composed of Pierre Perifel and Olivier Staphylas, both of whom went on to become Annie Award-recognized animators at DreamWorks, Marco Nguyen and Xavier Ramonède, who have continued their careers with animation credits on various high-profile French productions, and Rémi Zaarour, who has since become a comic book artist, published under the pseudonym Pozla.

Marco Nguyen is a French animator, known for his work on French feature films, as well as for his short film Lisa, which served as the pilot for an unproduced television series, and for his award-winning student film Le Building. He directed the music video for Tryo's song "Greenwashing" and served as an animation director on the 2011 French film The Rabbi's Cat. In 2017, he received an Annie Award nomination in the Character Animation category for The Big Bad Fox & Other Tales. Currently, Nguyen is developing cutscenes for the upcoming video game Monster Boy and the Cursed Kingdom.

Olivier Staphylas is a French animator, best known for his work at DreamWorks Animation and for his award-winning student film, Le Building. He joined DreamWorks in 2006 and, within a few years, attained the role of supervising animator on How to Train Your Dragon. His work on 2011's Puss in Boots, supervising the titular character's animation, earned him nominations for an Annie Award and a Visual Effects Society Award. He then served as head of character animation on Penguins of Madagascar. Starting in 2014, he served in that position at Oriental DreamWorks.