Thylacella cubana is a species of scaly-winged barklouse in the family Lepidopsocidae. It is found in the Caribbean Sea, Central America, and North America. [1] [2] [3] [4]

Lepidopsocidae are an insect family of bark lice (Psocoptera) belonging to the suborder Trogiomorpha. Colloquially, Lepidopsocidae are referred to as the Scaly-winged Barklice. There are more than 220 species described worldwide. Phylogenetic analysis of relationships between families in Trogiomorpha, based on partial sequences of the nuclear 18S rDNA, mitochondrial 16S rDNA, and Histone 3 genes, propose that Lepidopsocidae is monophyletic, meaning that the taxa within share a common ancestor. This is supported morphologically by the presence of scales and setae covering the body and forewings of Lepodopsocids. Sister families of Lepidoposcidae include Trogiidae and Psoquillidae.

Cubana de Aviación S.A., commonly known as Cubana, is a national airline based in Cuba, as well as the country's largest airline. It was founded in October 1929, becoming one of the earliest airlines to emerge in Latin America. It has its corporate headquarters in Havana, and its main base is located at José Martí International Airport. Originally a subsidiary of Pan American World Airways and later a private company owned by Cuban investors, Cubana has been wholly owned by the Cuban government since May 1959 and celebrated its 80th anniversary in 2009. 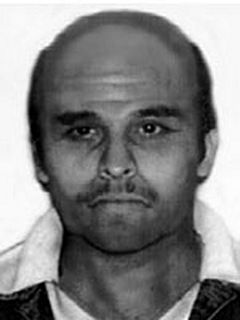 Víctor Manuel Gerena is an American fugitive wanted by the Federal Bureau of Investigation for the September 1983 White Eagle armed robbery, as a Wells Fargo employee and a member of a Los Macheteros gang, of a Wells Fargo armored car facility. The $7 million in cash was the largest cash robbery in U.S. history at that time.

Oxydia cubana, the Cuban spanworm moth, is a species of geometrid moth in the family Geometridae. It is found in the Caribbean and North America.

Heterocampa cubana, the Cuban heterocampa moth or sunflower moth, is a species of moth in the family Notodontidae. It was first described by Augustus Radcliffe Grote in 1866 and it is found in Cuba and the US state of Florida.

Nectopsyche is a genus of white millers in the family Leptoceridae. There are at least 60 described species in Nectopsyche.

Doldina is a genus of assassin bugs in the family Reduviidae. There are about eight described species in Doldina.

Agroiconota is a genus of tortoise beetles in the family Chrysomelidae. There are more than 20 described species in Agroiconota.

Heza is a genus of assassin bugs in the family Reduviidae. There are more than 30 described species in Heza. 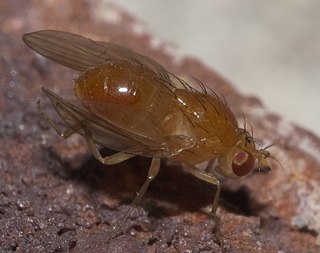 Microbembex is a genus of sand wasps in the family Crabronidae. There are more than 30 described species in Microbembex.

Proteides mercurius, the mercurial skipper, is a species of dicot skipper in the butterfly family Hesperiidae. It is found in the Caribbean Sea, Central America, North America, and South America.

Marpesia chiron, the many-banded daggerwing, is a species of daggerwings, map butterflies in the family Nymphalidae. It is found in Central America, North America, and South America.

Cabares potrillo, the potrillo skipper, is a species of dicot skipper in the butterfly family Hesperiidae. It is found in the Caribbean Sea, Central America, North America, and South America.

Arachosia cubana is a species of ghost spider in the family Anyphaenidae. It is found in the United States and Cuba.

The Cuban worm lizard is a worm lizard species in the family Amphisbaenidae. It is endemic to Cuba.