Last updated August 16, 2020
‹ The template Infobox settlement is being considered for merging. ›
Commune and town in Mila Province, Algeria

Kukola is a district and a suburb of the city of Turku, in Finland. It is located in the central part of the island of Hirvensalo, off the city's coastline. The largest school in Hirvensalo is located in Kukola, as well as the island's only library.

Elbe-Havel-Land is a Verbandsgemeinde in the district of Stendal, in Saxony-Anhalt, Germany. Until 1 January 2010, it was a Verwaltungsgemeinschaft. It is situated on the right bank of the Elbe, south of Havelberg. The seat of the Verbandsgemeinde is in Schönhausen. 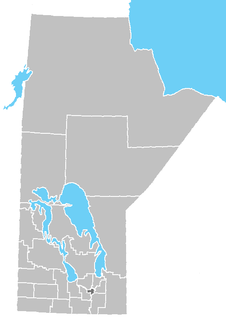 Census Division No. 12 is part of the Eastman Region of the province of Manitoba, Canada. The economy of the area consists of agriculture and livestock. The area's population as of the 2006 census was 19,753.

Krzywogoniec is a village in the administrative district of Gmina Cekcyn, within Tuchola County, Kuyavian-Pomeranian Voivodeship, in north-central Poland. A village in Poland founded by Borowiacy Tucholscy .The village has a population of 190.

Narınclar is a village in the Kalbajar Rayon of Azerbaijan.

Żuków is a village in the administrative district of Gmina Włodawa, within Włodawa County, Lublin Voivodeship, in eastern Poland, close to the border with Belarus. It lies approximately 12 kilometres (7 mi) north-west of Włodawa and 71 km (44 mi) north-east of the regional capital Lublin.

Nowe Tokary is a village in the administrative district of Gmina Przodkowo, within Kartuzy County, Pomeranian Voivodeship, in northern Poland. It lies approximately 6 kilometres (4 mi) north-east of Przodkowo, 13 km (8 mi) north-east of Kartuzy, and 20 km (12 mi) west of the regional capital Gdańsk.

Maków is a village in the administrative district of Gmina Kiwity, within Lidzbark County, Warmian-Masurian Voivodeship, in northern Poland. It lies approximately 11 kilometres (7 mi) south-west of Kiwity, 10 km (6 mi) south-east of Lidzbark Warmiński, and 31 km (19 mi) north of the regional capital Olsztyn.

Rudniki is a village in the administrative district of Gmina Choszczno, within Choszczno County, West Pomeranian Voivodeship, in north-western Poland. It lies approximately 3 kilometres (2 mi) south of Choszczno and 63 km (39 mi) south-east of the regional capital Szczecin.

Chwalimka is a settlement in the administrative district of Gmina Barwice, within Szczecinek County, West Pomeranian Voivodeship, in north-western Poland. It lies approximately 7 kilometres (4 mi) north-east of Barwice, 20 km (12 mi) north-west of Szczecinek, and 128 km (80 mi) east of the regional capital Szczecin.

Jikjisa station is a railway station on the Gyeongbu Line in South Korea.

Rouached is a town and commune in Mila Province, Algeria. At the 1998 census it had a population of 25399.

Ridgecrest is a neighborhood in Mount Hermon, in the U.S. state of Virginia.

MPR Dam is an irrigation project located across Penna river in Anantapur district of Andhra Pradesh, India. It works mainly as a balancing reservoir under the Tungabhadra high level irrigation canal which originats from the Tungabhadra Dam. It is situated at Bhadrampalle and Vajrakarur villages.

Buck Donic is an unincorporated community in Dunklin County, in the U.S. state of Missouri. 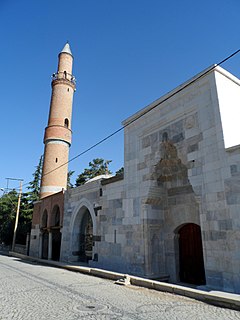 Ghormley is an unincorporated community in Paint Township, Fayette County, Ohio, United States. It is located at 39°24′34″N83°22′44″W.