Tiffany Shlain (born April 8, 1970) [1] is an American filmmaker and author. Described by the public radio program On Being as "an internet pioneer", [2] Shlain is the co-founder of the Webby Awards and the founder of the International Academy of Digital Arts and Sciences. [3]

Shlain was raised in Mill Valley, California, the daughter of Leonard Shlain, a surgeon, author, and inventor, and Carol Lewis Jaffe, a psychologist. In high school, Shlain co-wrote a proposal called Uniting Nations in Telecommunications & Software (UNITAS), which envisioned students all over the world communicating over personal computers and via modems before the advent of the web. From this proposal, she was invited to be a student ambassador through the People to People program, and traveled to the Soviet Union in 1988. [4] [5]

While a student at UC Berkeley, Shlain produced and directed Hunter & Pandora, an experimental film which won the university's Eisner Award, the highest award in art. In 1992, she earned a BA in Interdisciplinary Studies, and was selected as a valedictory speaker for her graduating class. [6]

Shlain studied organizational change at the Harvard Business School Executive Education program and film production at New York University's Sight & Sound program. She is a Henry Crown Fellow of the Aspen Institute(Class of 2007). [7] [8]

In 2002, Shlain directed, produced and co-wrote Life, Liberty, and the Pursuit of Happiness, a documentary about reproductive rights in America. The film premiered at the 2003 Sundance Film Festival [15] and was used nationally by Planned Parenthood to mark the 30-year anniversary of Roe v. Wade . [16]

In 2005, Shlain sold the Webby Awards and founded the San Francisco film studio, the Moxie Institute. [17] Shlain's next documentary, The Tribe, [18] co-written with her husband, Ken Goldberg, explored American Jewish identity through the history of the Barbie doll. The Tribe, which also premiered at the Sundance Film Festival, won 18 awards [19] and was the first documentary short to become #1 on iTunes. [20]

In 2011, her first feature documentary, Connected: An Autoblogography About Love, Death & Technology, premiered at the Sundance Film Festival. [21] The film ran in theaters and on television, and was subsequently released on digital platforms. [6] [22] The winner of 17 awards [19] including the Tribeca Film Festival's Disruptive Innovation Award, [23]

In 2011, she introduced the concept of "Cloud Filmmaking" with a series of shorts produced through cloud-based collaborative filmmaking. The first film in the series, A Declaration of Interdependence, was released Sept 2011; the second film, Engage, debuted in early 2012. [24] Later that year, both a 10-minute film and a TED Book, called Brain Power: From Neurons to Networks were released. [25] Brain Power premiered in November 2012 at The California Academy of Sciences. [26] It was selected by the US State Department as a part of the 2013 American Film Showcase and was screened at embassies in the Middle East in November 2013. [27] Shlain discussed cloud filmmaking as the keynote speaker at the Tribeca Film Festival's 2013 Interactive Day where she delivered her "Cloud Filmmaking Manifesto." [28]

In 2013, Shlain co-founded the nonprofit Let it Ripple: Mobile Films for Global Change, and continued making cloud films. The next film in the series was The Science of Character. To premiere the film, Shlain and her co-workers founded Character Day, where schools and organizations around the world would premiere the film and discuss ideas around character development on the same day in a simultaneous online video conversation. For the second annual Character Day, they premiered The Adaptable Mind, which explores skills needed in the 21st century, and The Making of a Mensch, about the science of character through the Jewish Teachings of Mussar, interpreted through a modern-day lens. In 2019, the sixth and final Character Day included over 200,000 groups in 125 countries and all 50 states, drawing over 4 million participants. [29]

Shlain created two seasons of the AOL series The Future Starts Here, [30] which includes episodes entitled Technology Shabbats, Motherhood Remix, 10 Stages of The Creative Process, [31] The Future of Our Species, Why We Love Robots, co-directed with her husband Ken Goldberg, and A Case for Optimism. [32] The series, which began airing on AOL in 2013 was nominated for an Emmy Award in the News & Documentary for New Approaches: Arts, Lifestyle & Culture in 2014, and has since been viewed more than 40 million times. [33]

Shlain lectures[ where? ] on filmmaking, the Internet's influence on society, and the future, and has spoken at TEDWomen and TEDMED. [34] She delivered the keynote address for UC Berkeley's commencement ceremony in May 2010; [34] the speech was included on NPR's list of "The Best Commencement Speeches, Ever." [35]

Shlain lives in Marin County, Northern California, with husband, artist and Professor of Robotics at U.C. Berkeley, Ken Goldberg, with whom she frequently collaborates on art installations and other projects. They have two daughters. [43] [44]

Shlain has a brother, Dr. Jordan Shlain; a sister, artist Kimberly Brooks; and brother-in-law, Albert Brooks. Her sister-in-law is Adele Goldberg. Following her father's death, Shlain and her siblings worked together to edit the manuscript of his final book, Leonardo's Brain: Understanding Da Vinci's Creative Genius.[2] [3] [15]

The National Film Board of Canada is Canada's public film and digital media producer and distributor. An agency of the Government of Canada, the NFB produces and distributes documentary films, animation, web documentaries, and alternative dramas. In total, the NFB has produced over 13,000 productions since its inception, which have won over 5,000 awards. The NFB reports to the Parliament of Canada through the Minister of Canadian Heritage. It has bilingual production programs and branches in English and French, including multicultural-related documentaries. 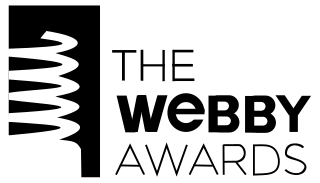 The Webby Awards are awards for excellence on the Internet presented annually by the International Academy of Digital Arts and Sciences, a judging body composed of over two thousand industry experts and technology innovators. Categories include websites, advertising and media, online film and video, mobile sites and apps, and social.

Leonard Shlain was an American surgeon, author, and inventor. He was chairperson of laparoscopic surgery at the California Pacific Medical Center in San Francisco, and was an associate professor of surgery at University of California, San Francisco. 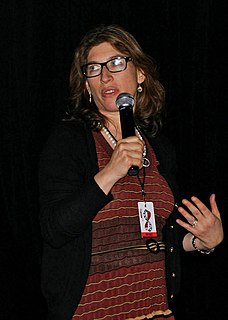 The Tribe is a short documentary film directed by Tiffany Shlain and narrated by Peter Coyote. Weaving together archival footage, graphics and animation, it tells the history of both the Barbie doll and the Jewish people from Biblical times to the present.

The 1997 Webby Awards were the first of the annual Webby Awards, and also the first-ever nationally televised awards ceremony devoted to the Internet. 700 people attended the event on March 6, 1997, at Bimbo's Night Club in San Francisco, California

The 1998 Webby Awards were held on March 6, 1998, at the San Francisco Palace of Fine Arts, and were the first event ever to be broadcast live via the Web in 3D. The "People's Voice" awards, chosen by online poll, received 100,000 cumulative votes that year.

Elizabeth Freya Garbus is an American documentary film director and producer. Notable documentaries Garbus has made are The Farm: Angola, USA,Ghosts of Abu Ghraib,Bobby Fischer Against the World,Love, Marilyn,What Happened, Miss Simone?, and Becoming Cousteau. She is co-founder and co-director of the New York City-based documentary film production company, The Story Syndicate.

The 10th annual 2006 Webby Awards were held on June 12, 2006, at the Cipriani Hotel in New York City and were hosted by the comedian Jon Stewart. Judging was provided by the 500-person International Academy of Digital Arts and Sciences, and winners were selected from among 5,500 entries from around 40 countries worldwide. This award ceremony saw the creation of a new award category, "Best Viral Video". 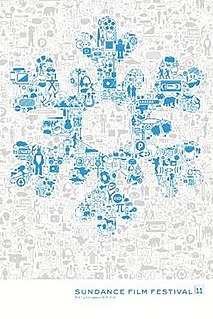 The 6th Annual Webby Awards was held on June 21, 2002, at San Francisco's Legion of Honor auditorium. It was presented by the International Academy of Digital Arts and Sciences and was hosted by Tiffany Shlain, the Webby Awards' founder, and Maya Draisin. Coming on the heels of the dot-com bubble, a 2002 Internet bubble forced cutbacks in the event budget for this ceremony as well. 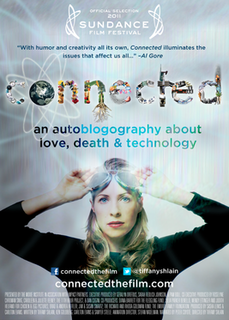 Connected: An Autoblogography About Love, Death, & Technology is an autobiographical documentary film directed by Tiffany Shlain, dedicated to her father. The film unfolds during a year in which technology and science literally become a matter of life and death for the director. As Tiffany's father Dr. Leonard Shlain, MD battles brain cancer and she confronts a high-risk pregnancy, her very understanding of connection is challenged. Using a mix of animation, archival footage, and home movies, Shlain attempts to reveal the ties that link us not only to the people we love but also to the world at large. Connected explores how, after centuries of declaring our independence, it may be time for us to declare our interdependence instead.

Bear 71 is a 20-minute 2012 interactive National Film Board of Canada (NFB) web documentary by Leanne Allison and Jeremy Mendes about a female grizzly bear in Banff National Park named Bear 71, who had a tracking collar implanted at the age of three and was watched via trail cameras in the park from 2001 to 2009. The documentary follows the bear, exploring the connections between the human and animal world, and the far-ranging effects that human settlements, roads and railways have on wildlife. 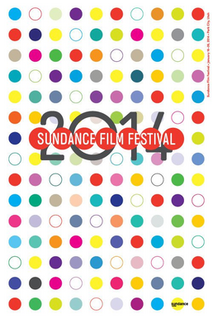 Candescent Films is an American film production company that produces and finances documentary and narrative films that explore social issues.

Lilly Hartley is an American documentary film producer and actress, and the founder of Candescent Films.

Character Day is a global event for people to screen films on the topic of science as it relates to character development. Participants review printed materials and resources for discussions linked globally online about their own character, who they are, who they would like to be, and how to develop these character strengths, based on evidence-based research. Character Day, on September 22, 2016, is in its third year. Character Day for 2017 is September 13, 2017. In 2018 it was set for September 26, 2018. September 27-28, 2019 is scheduled.

Technology Shabbat or Tech Shabbat is a term coined in 2010 by Tiffany Shlain and Ken Goldberg to describe a day of rest or cessation from the use of all technology with screens: smartphones, personal computers, tablets and television. Shlain introduced the concept, modeled on the traditional Jewish Shabbat, in a series of articles and films after participating in The National Day of Unplugging, an event sponsored by nonprofit think tank Reboot.