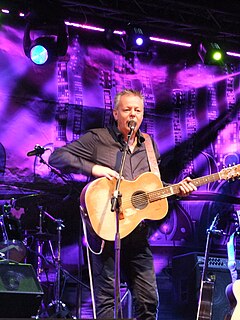 William Thomas Emmanuel is an Australian guitarist, songwriter and singer who is known for his complex fingerstyle technique, energetic performances and the use of percussive effects on the guitar. Although originally a session player in many bands, Emmanuel has carved out his own style as a solo artist, releasing award-winning albums and singles. In the May 2008 and 2010 issues of Guitar Player magazine, he was named "Best Acoustic Guitarist" in its readers' poll. In June 2010 Emmanuel was appointed a Member of the Order of Australia (AM). In 2011, Emmanuel was inducted into the Australian Roll of Renown. 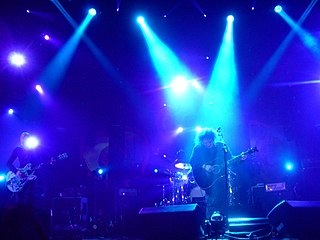 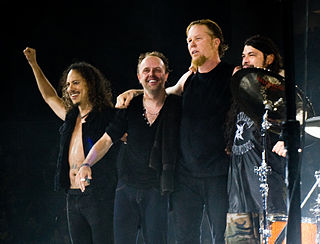 The discography of Metallica includes ten studio albums, eight live albums, three extended plays, 43 singles, ten video albums, 42 music videos, one soundtrack album, one collaboration album and three box sets. They are a San Francisco-based metal band formed in 1981 by James Hetfield and Lars Ulrich (drums). After several bassist and lead guitarist changes, the band settled on Cliff Burton and Kirk Hammett, respectively. Metallica started playing locally, releasing their first widely circulated demo, No Life 'til Leather, in 1982. The demo caught the attention of Johny Zazula, who signed Metallica to Megaforce Records. The band released Kill 'Em All in 1983, and the following year they released Ride the Lightning. After Ride the Lightning was released, Metallica left Megaforce and signed to Elektra Records. In March 1986, the band released its third studio album, Master of Puppets, which was Metallica's first album to be certified gold by the Recording Industry Association of America (RIAA). While promoting the album, Burton was killed in a bus accident. Jason Newsted was hired as a replacement. The band's first release to feature the new member was The $5.98 E.P. - Garage Days Re-Revisited, and then followed by ...And Justice for All in August 1988, which peaked at number six on the Billboard 200.

Douglas John Parkinson is an Australian pop and rock singer. He led the band Strings and Things/A Sound from 1965 The Questions from 1966 and Doug Parkinson in Focus from 1968, Fanny Adams from 1971 and The Life Organisation from 1973. Doug Parkinson in Focus's cover version of the Beatles' track "Dear Prudence" peaked at No. 5 on the Go-Set National Top 40. The follow up single, "Without You" / "Hair" (October), also reached No. 5. Parkinson also released solo material. 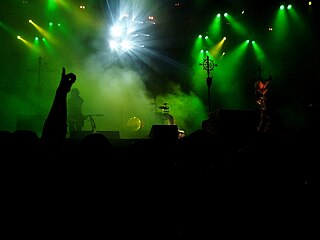 Rick Allan Price is an Australian singer, songwriter, multi-instrumentalist and record producer. His debut album, Heaven Knows, was released in July 1992, which peaked at No. 3 on the ARIA Albums Chart. It provided two top ten singles, "Not a Day Goes By" and the title track (July). At the APRA Music Awards of 1992 "Heaven Knows" won Song of the Year for Price and his co-writer, Heather Field. His second album, contained the single "River of Love" (April), which peaked at No. 18. Since 2009 he has been a resident of Nashville, Tennessee. He has worked with numerous artists, as a vocalist and songwriter, including Tina Arena, Tommy Emmanuel, Mitch Grainger, Jack Jones, Regine Velasquez-Alcasid and numerous others. Whilst as a music producer he has worked for Girlfriend and Dami Im.

Australian rock group Hoodoo Gurus have released nine studio albums, thirty-seven singles, two extended plays, six compilation albums and four video albums. Formed in January 1981, the band was originally known as Le Hoodoo Gurus for the release of their first single, "Leilani", in October 1982. As Hoodoo Gurus, the band signed with Big Time Records and premiered their debut album, Stoneage Romeos, in March 1984. Also issued in the United States through A&M Records, the record remained atop the Alternative/College Albums Chart for four consecutive weeks, with it also becoming one of the most played albums of that year on the college network. The group's subsequent albums, Mars Needs Guitars!, Blow Your Cool! and Magnum Cum Louder, all reached the Billboard 200.

The discography of Icehouse, an Australian rock, synthpop band includes releases under the earlier band name, Flowers, which was formed in 1977 by the mainstay Iva Davies, and was renamed Icehouse in 1981; material was also released by "Iva Davies and Icehouse". Flowers or Icehouse have released nine major studio albums, as well as four remix albums, thirty-nine singles and twenty-six music videos. Icehouse and/or Iva Davies have also issued two film soundtracks and contributed to ballet scores. 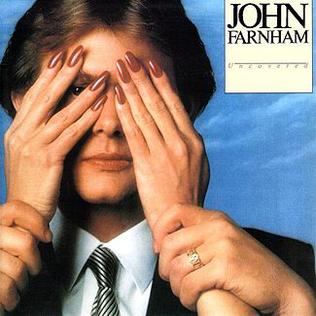 Roger Ashley Mason is an Australian keyboardist who has been a member of new wave groups Models, Absent Friends and Icehouse. He was a session and backing musician for United Kingdom's Gary Numan and for various Australian artists. From the early 1990s he has composed music for television and feature films.

This is the discography of Dragon, a popular rock band formed in Auckland, New Zealand, in January 1972, who relocated to Sydney, Australia in May 1975. They were previously led by singer Marc Hunter, and are currently led by his brother, bass player Todd Hunter. They performed and released material under the name Hunter in Europe and United States during 1987.

The Black Sorrows are an Australian blues rock band formed in 1983 by mainstay vocalist Joe Camilleri. The band is most well known for their songs "Chained to the Wheel", "Harley + Rose" and "Never Let Me Go", released in the late '80s and early '90s. Faithful Satellite, released in September 2016, is the band's 18th album. Citizen John was released in March 2019.

The following is a complete discography of every album and single released by New Zealand-born Australian rock music artist Jon Stevens. 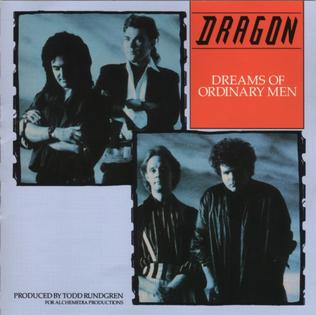 Dreams of Ordinary Men is the eighth studio album recorded by Australian-New Zealand rock band Dragon. The album was released in August 1986 and peaked at number 18 on the Australian Kent Music Report and was certified platinum in November 1986.

The discography of Australian rock and pop singer-songwriter Daryl Braithwaite.

"Come Said the Boy" is a song by Australian rock band Mondo Rock, released in November 1983 as the lead single from the band's fourth studio album The Modern Bop (1984). The song became the band's highest-charting single, peaking at number 2 on the Kent Music Report. It was written by the group's lead guitarist, Eric McCusker, and was co-produced by John Sayers and the band.

Phillip Ernest Emmanuel was an Australian guitar player who found fame with The Trailblazers, and as the older brother of musician Tommy Emmanuel. He played with all the greats of the industry including INXS, Jimmy Barnes, John Farnham, Ian Moss and the late great Slim Dusty, as well as playing with many international stars from around the world like British guitarist Hank B. Marvin and American performers Chet Atkins, Willie Nelson, Duane Eddy and Dolly Parton. His debut album Kakadu Sunrise reached #33 on the New Zealand album charts. In 1994 Phil and Tommy Emmanuel released the album Terra Firma and it was nominated for the 1995 ARIA Award for Best Adult Contemporary Album. In 2011, Emmanuel was inducted into the Australian Roll of Renown.