Born in Dorchester, Massachusetts, MacDonald attended the Blue Hills Regional Vocational High School, but dropped out and did not complete his schooling; he later received a GED. He worked as a carpenter for 17 years, but was injured while doing construction work on the Big Dig project in Boston. He later attended the North Bennet Street School in Boston, where he learned woodworking. He started his own business in Canton, Massachusetts, and his work was noticed by Bob Vila, who later invited him to appear on his television series Home Again and on video podcasts for the BobVila.com website. [1] In 2010, MacDonald was signed by WGBH-TV to host his own woodworking instructional program. [2]

After seven seasons, MacDonald's contract with WGBH was not renewed and he had assumed that Rough Cut would end, but WGBH eventually announced a new season of the show with a new host and a similar title. In response, MacDonald filed a lawsuit against WGBH for trademark infringement, citing that advertisements for the new show had used his name, image and trademarks without permission. [3] 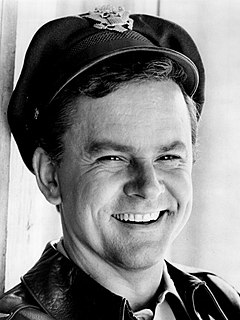 Frontline is an investigative documentary program distributed by the Public Broadcasting Service (PBS) in the United States. Episodes are produced at WGBH-TV in Boston, Massachusetts. The series has covered a variety of domestic and international issues, including terrorism, elections, environmental disasters, and other sociopolitical issues. Since its debut in 1983, Frontline has aired in the U.S. for 39 seasons, and has won critical acclaim and awards in broadcast journalism. It has produced 750 documentaries from both in-house and independent filmmakers, 200 of which are available online.

Norman L. Abram is an American carpenter known for his work on the PBS television programs This Old House and The New Yankee Workshop. He is a master carpenter.

James Joseph "Whitey" Bulger Jr. was an Irish-American organized crime boss and FBI informant who led the Winter Hill Gang in the Winter Hill neighborhood of Somerville, Massachusetts, a city directly northwest of Boston. On December 23, 1994, Bulger fled the Boston area and went into hiding after his former FBI handler, John Connolly, tipped him off about a pending RICO indictment against him. Bulger remained at large for sixteen years. After his 2011 arrest, federal prosecutors tried Bulger for nineteen murders based on the grand jury testimony from Kevin Weeks and other former criminal associates.

This Old House is an American home improvement media brand with television shows, a magazine and a website, ThisOldHouse.com. The brand is headquartered in Stamford, Connecticut. The television series airs on the American television network Public Broadcasting Service (PBS) and follows remodeling projects of houses over a number of weeks. Boston PBS station WGBH-TV originally created the program and produced it from its inception in 1979 until 2001 when Time Inc. acquired the television assets and formed This Old House Ventures. WGBH also distributed episodes to PBS until 2019 when WETA-TV became the distributor starting with the first episode of season 41. Warner Bros. Domestic Television distributes the series to commercial television stations in syndication. Time Inc. launched This Old House magazine in 1995, focusing on home how-to, know-how and inspiration. 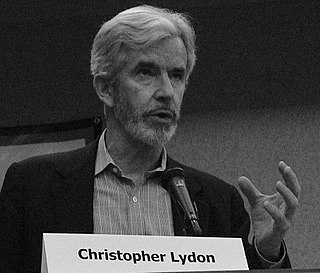 Christopher Lydon is an American media personality and author. He is best known for being the original host of The Connection, produced by WBUR and syndicated to other NPR stations, and for Open Source, a weekly radio program on WBUR. 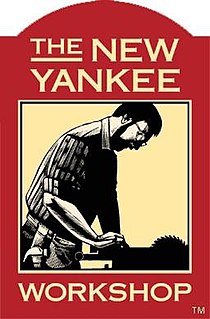 The New Yankee Workshop is an American half-hour woodworking television series produced by WGBH Boston, which aired on PBS. Created in 1989 by Russell Morash, the program was hosted by Norm Abram, a regular fixture on Morash's television series This Old House.

Arthur Worth "Bud" Collins Jr. was an American journalist and television sportscaster, best known for his tennis commentary. Collins was married to photographer Anita Ruthling Klaussen. 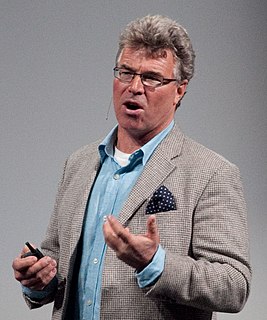 Stephen Thomas is an American author, builder and television personality. He was the host of the PBS home renovation series This Old House from 1989 to 2003 and of Renovation Nation, on Discovery's former Planet Green channel, for two seasons (2008–2010) until its cancellation.

William “Will” Lyman is an American voice-over artist, actor, and musician. Being known for his polished, resonant voice, Lyman has narrated the PBS series Frontline since its second season in 1984 and played William Tell in the action/adventure television series Crossbow. 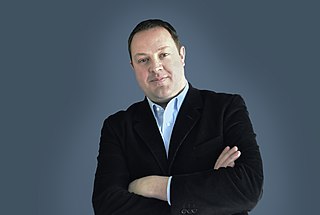 A rough cut is a stage of film editing in which the film begins to resemble its final product. 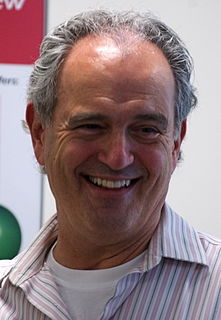 Market Warriors was an American reality television series that follows four professional antiquers as they buy assigned items at flea markets and antique shows on a budget. The items are then sold at auction, where the antiquers compete for the highest profit, which is most often determined by the lowest loss.

Classic Woodworking is a woodworking television show hosted by woodworker Tom McLaughlin that is produced by WGBH Boston in partnership with Fine Woodworking. The show is distributed by American Public Television.