Thomas Charles "Tommy" Merritt (born February 27, 1948) [1] is an American businessman from Longview, Texas and a Republican former member of the Texas House of Representatives. Merritt represented District 7 from January 1997 [1] until January 2011. In March 2010, he lost the Republican nomination to David Simpson. [2]

Seeking another political comeback, Merritt finished second in the March 4, 2014 Republican primary for the statewide position of Texas Commissioner of Agriculture. He polled 248,568 (21 percent) of the ballots cast. In the runoff election on May 27, Merritt was defeated by a former House colleague, Sid Miller of Stephenville, 362,573 votes (53.1 percent) to 320,434 (46.9 percent). [3] In the primary, Miller had also led Merritt, 35 to 21 percent. The three eliminated candidates, Eric Opiela of Karnes City, Joe Cotten of Frisco, and Mayor J. Allen Carnes of Uvalde, held a combined 44 percent of the primary ballots, critical to the outcome of the runoff contest in which turnout dropped sharply. [4]

Merritt is a native East Texan born in Kilgore. [5] After graduating from high school, he attended Kilgore College and then graduated in 1970 with a Bachelor of Business Administration from Texas Christian University in Fort Worth. [5] He and his wife, Janet, have three children, Missy, Meredith, and Thomas. [5] Tommy Merritt is a devout Christian and member of Kilgore First Baptist Church, the Businessmen's Bible Club at the First Baptist Church in Longview, and he also attends the BarNone Cowboy Church in Tatum, Texas. [6]

From 1971 to 1974, Merritt worked as an inspector for the United States Postal Service. [5] In 1976, he founded Gregg Industrial Insulators, Inc. [7] It was admitted to the OSHA, Voluntary Protection Program, [7] and is a multi-million dollar company [8] which employs more than five hundred workers. [7] From 1986 to 1993 Merritt served as one of the directors of the Gregg County Appraisal Board, which led to his appointment by Governor Bill Clements to the Sabine River Authority in 1990. [5]

After Republican Jerry Yost decided not to run for reelection in 1996, Merritt entered the Republican primary and won more than 62 percent of the vote. [9] Merritt went on to win a seat in the Texas House of Representatives after being unopposed in the 1996 general election; in 2008 he was elected to a seventh term. [10] Tommy Merritt co-authored the bill which added "Under God" to the Texas Pledge. [11]

Merritt served on numerous committees in the House: [10]

Throughout his tenure in the House, Merritt built a solid conservative record on issues including opposition to gun control, same-sex marriage, and abortion, as well as lower government spending and taxes.

Merritt also had a strong record of fighting for lower spending and lower taxes.

In 2009, Merritt co-authored legislation to limit growth in state spending to the rate of population growth plus the rate of inflation. [30] That same year, he co-authored a proposed constitutional amendment requiring a 2/3 vote of both houses of the Legislature to raise taxes. [31]

Merritt also authored the bill establishing the first Texas Legislative Medal of Honor in this history of the state. [40]

Candidacy for Speaker of the House

In November 2008, Merritt announced his candidacy for Speaker of the Texas House of Representatives. [41] After a meeting, ten Republicans running for Speaker had decided on Joe Straus as the Republican candidate. Merritt stated he was willing to end his own candidacy to support Straus, who won a unanimous vote for Speaker. [42]

In March 2010, Merritt lost the Republican nomination for District 7 to David Simpson, former mayor of Avinger. Simpson received 53 percent of the primary vote [2] and was then unopposed in the general election.

Meanwhile, Simpson, who beat back Merritt's attempt in 2012 to return to the House, was a candidate in January 2013 for Speaker of the Texas House of Representatives against Joe Straus of San Antionio, whom Merritt had supported in 2009, when Straus ousted the previous Republican speaker, Tom Craddick of Midland.

Lionel Aron Peña, Jr., known as Aaron is an American attorney and politician who for 10 years represented House District 40 in the Texas House of Representatives, a seat he was first sworn into on January 14, 2003. On November 25, 2011, Rep. Aaron Peña announced that he would not seek re-election to a sixth term in office. He ended his tenure with the Texas House of Representatives on January 8, 2013 and returned to his work as an attorney and advisor in the private and public sectors. Currently Peña is employed with the Texas General Land Office, serving under the leadership of Land Commissioner George P. Bush.

Borris L. Miles, is a Democratic politician from Texas. He has represented District 13 in the Texas Senate since winning election in November 2016. He is a former member of the Texas House of Representatives, where he represented District 146, which encompasses parts of Harris County, Texas, including Sunnyside, Houston, and Third Ward, Houston.

Deborah Young Riddle is a former Republican member of the Texas House of Representatives for District 150, which encompasses much of northwest Harris County in and about Houston, Texas. Riddle was defeated in the Republican primary by Valoree Swanson of Spring, Texas, who then claimed the seat in the general election held on November 8, 2016.

The Fifty-second Oklahoma Legislature was the meeting of the legislative branch of the government of Oklahoma in Oklahoma City from January 3, 2009, to January 4, 2011, during the second two years of the second administration of Governor Brad Henry. It was the first session in state history where the Republican Party has controlled both houses of the legislature.

David Philip Simpson is a former Republican member of the Texas House of Representatives for District 7, based in Gregg and Upshur counties. In 2010, he unseated the incumbent, Tommy Merritt of Longview, in the Republican primary with 52.88 percent of the vote and then prevailed in the general election for the 82nd Texas Legislature on November 2, 2010 with 91.28 percent of the vote, having had no Democratic opponent.

James Edward "Jim" Nugent was an American politician and a member of the Democratic Party in the U.S. state of Texas. His most recent position was from 1979 to 1995 as a member of the Texas Railroad Commission, which regulates the state's energy industries.

The 83rd Texas Legislature began on January 8, 2013. All members of the House and Senate were elected in the general election held on November 6, 2012.

Giovanni Capriglione is a Republican member of the Texas House of Representatives, having represented since 2013 District 98 in Tarrant County, Texas.

Cecil Ivan Bell Jr. is a Republican member of the Texas House of Representatives for District 3, which encompasses Waller County and a portion of populous Montgomery County in Southeast Texas.

Celebrate Freedom Week is an official holiday celebrated by five U.S. states. Celebrate Freedom Week is a week designed to emphasize the teaching of the country's origins with an emphasis on the founding documents. The curriculum is taught to children of various age groups, dependent on which state it's being taught in, from kindergarten through the 12th grade. As of September 2013, the fives states that officially celebrate this holiday are Arkansas, Florida, Kansas, Oklahoma and Texas. Even though several states have made this an official holiday, there isn't a set week among the states when to celebrate it or how. Kansas and Texas both celebrate the week containing September 17, the date the U.S. Constitution was signed. Oklahoma celebrates the holiday the week containing November 11, Veterans Day, while Florida and Arkansas celebrate it the last full week of September.

Kyle Jerome Kacal is a Republican member of the Texas House of Representatives from District 12, which includes parts of Brazos and McLennan counties as well as the smaller Falls, Limestone, and Robertson counties in the east central portion of the state. 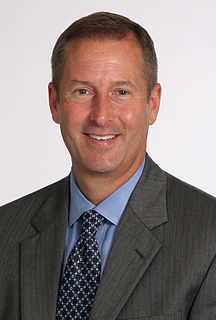 James Richard Murphy, known as Jim Murphy, is a businessman from his native Houston, Texas, who is a Republican member of the Texas House of Representatives. From 2007 to 2009 and again since 2011, he has represented District 133 in Harris County.

Matthew Daniel Rinaldi is an attorney from Irving, Texas, who is a Republican former member of the Texas House of Representatives for District 115 in Dallas County.

The 85th Texas Legislature began on January 10, 2017. All members of the House and Senate were elected in the general election held on November 8, 2016.

Dennis Higgins Bonnen is a Texas businessman and politician. Bonnen served as Speaker of the Texas House of Representatives from 2019 to 2021. A Republican, Bonnen represented District 25 of the Texas House since 1997. In 2013, then-Speaker Joe Straus appointed Bonnen as Speaker Pro Tempore, presiding over the House in the Speaker's absence. In January 2019, Bonnen was elected Speaker. In October 2019, he announced that he would not seek re-election in 2020.