A hard working striker with flowing blonde hair, Tynan was signed as an apprentice for Liverpool by manager Bill Shankly after winning a talent contest run by the Liverpool Echo newspaper, but he never made a first-team appearance for the Reds, [3] and was transferred to Sheffield Wednesday in 1976, where he spent two years and scored 31 goals.

After just nine appearances for Lincoln City in 1978, Tynan moved on to Newport County where he formed a dynamic striking partnership with John Aldridge as the Newport team gained promotion from Division 4, won the Welsh Cup and reached the quarter finals of the European Cup Winners Cup. Tynan scored both goals in the away leg against Carl Zeiss Jena of East Germany, the equalising goal being in the 90th minute but Newport lost the home leg 1–0. In total Tynan scored 66 goals in 183 matches during the most successful period in the club's history. [4]

In 1983, Tynan moved on to Plymouth Argyle where he became a cult figure during the 1980s and is frequently named by Argyle fans as one of the club's all-time greatest players. He was a member of the side which reached the semi-finals of the FA Cup in 1984, scoring the goal which beat then top flight West Bromwich Albion in the fifth round of the competition. Argyle went on to beat Derby County in the quarter finals before losing to Watford in the penultimate stage of the competition.

In the 1984/85 season, Tynan was joint top scorer in all 4 divisions of the Football League with 31 goals, level with Tranmere's John Clayton. Clayton, ironically, joined Argyle as Tynan's replacement, when Tynan signed for Rotherham United in the summer of 1985. However, Tynan rejoined Argyle in early 1986, initially on loan, as the club pushed for promotion to the second tier. His excellent goalscoring record continued at that level and he became a club legend. In total Tynan scored 126 goals in 262 appearances for Plymouth. Former England manager Graham Taylor described him as one of the best natural finishers he had ever seen. [5]

Tynan spent a season as manager of Goole Town in the Northern Premier League between 1993 and 1994. [6]

As of January 2017 he was working as a taxi driver in Plymouth. [3] He previously wrote a regular column about Argyle for local newspaper, the Plymouth Evening Herald . Tynan's biography was published in March 2009, entitled "The Original Football Idol: The Tommy Tynan story" by Ryan Danes (Breedon Books ISBN   978-1-85983-685-9). He was also the subject of the 1990 book Tommy: A Life at the Soccer Factory by Richard Cowdrey (Bud Books ISBN   9780951635001)

Paul Whitehead Sturrock is a Scottish football player and coach.

Paul Mariner is an English football coach and retired player. He was most recently the head coach and technical director at Major League Soccer club Toronto FC, until his dismissal in January 2013. 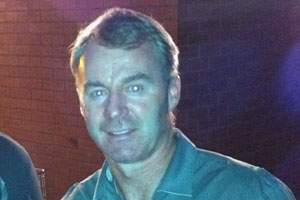 John Joseph Sheridan is an Irish former football player and now manager who is currently the manager of Swindon Town. 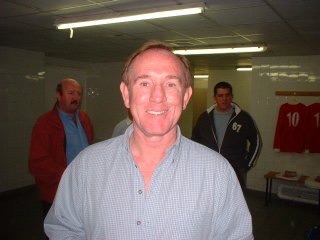 James Cookson, better known as Jimmy Cookson, was an English footballer who played as a centre forward in the Football League for Manchester City, Chesterfield, West Bromwich Albion, Plymouth Argyle and Swindon Town.

Ryan Paul Taylor is an English professional footballer plays as a striker for Newport County.

James Goodfellow was an English professional footballer and manager. A midfielder, he scored 39 goals in 535 league and cup appearances in a 13-year career in the English Football League.

Neville Patrick Chamberlain is an English former footballer. A forward, he scored 73 goals in 296 league games in a ten-year professional career in the Football League. His brother, Mark, was also a footballer, and his nephews Alex Oxlade-Chamberlain and Christian Oxlade-Chamberlain play for Liverpool and Notts County respectively, with Alex also an England international.

Plymouth Argyle Football Club is an English association football club based in Plymouth, Devon. Founded in 1886 as Argyle Football Club, they became a professional club in January 1903, and were elected to the Southern League ahead of the 1903–04 season. The club won the Southern League championship in 1913 and finished as runners-up on two occasions, before being elected to the Football League in 1920, where they compete to this day, as a founder member of the Third Division. Argyle won their first Football League championship, and promotion to the Second Division for the first time, ten years later in 1930. As of 2010, the club has won five championships in the Football League, gained promotion on eight occasions, and been relegated eight times. Four of those league championships were won in the third tier, which is a divisional record. Argyle have made one appearance at Wembley Stadium, in which they won the 1996 Third Division play-off final. The club has also achieved moderate success in domestic cup competitions; they reached the semi-finals of the FA Cup in 1984, and the quarter-finals in 2007. Argyle have also reached the semi-finals of the League Cup twice, in 1965 and 1974.

Rhys Griffiths is a Welsh footballer and current manager of Cymru Premier side Pen-y-Bont.