They were formed in 1923, and joined the International Rugby Board in 1987 when they were invited to play in the inaugural Rugby World Cup.

The Tonga national rugby union team is nicknamed ʻIkale Tahi (Sea Eagles). Like their Polynesian neighbours, the Tongans start their matches with a war dance – the Sipi Tau. They are members of the Pacific Islands Rugby Alliance (PIRA) along with Fiji and Samoa. Tonga achieved a historic 19–14 victory over France in pool play in the 2011 Rugby World Cup, but with a 2-2 record in pool play, were unable to achieve what would have been their first ever presence at the quarterfinals.

The Tonga national rugby sevens team participates occasionally in the World Rugby Sevens Series, although they are not one of the core teams. Tonga has participated in five Rugby World Cup Sevens, but has not qualified for the Summer Olympics.

The Datec Cup Provincial Championship is the highest level of rugby union competition within Tongan rugby and is a stepping stone for local players into international rugby union. Tongan Premier Cup teams include: Army (Ngaahi Koula), and Ma’ufanga Marist. [1] 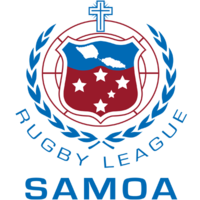 Rugby Samoa is the governing body of the sport of rugby union in Samoa. Founded as the Apia Rugby Union in 1924, it was affiliated to the New Zealand Rugby Football Union the same year. It joined the International Rugby Board as the Western Samoa Rugby Football Union in 1988. In 1997, when Western Samoa amended its constitution to change the country's name from Western Samoa to Samoa, the union also changed its name, and dropped the word football to become the Samoa Rugby Union. In November 2020, they changed their name to Lakapi Samoa which is Samoan for Rugby Samoa. They were formerly members of the Pacific Islands Rugby Alliance (PIRA) along with Fiji and Tonga. The union is also a member of the Federation of Oceania Rugby Unions (FORU).